A tennis romance directed by Richard Loncraine
I’m sure it would’ve been worth saving this film for a release in June. Maybe the dvd will come out then, but it would’ve done so much better I’m sure.
I absolutely love Paul Bettany – ever since his bare bum graced our screens in The Knight’s Tale – and then finding out from the commentary on the dvd that he has a big willy (they had to tape it to his thigh to stop it from showing between his legs ;o) his appeal is even greater. But he’s probably better known for his roles in A Beautiful Mind and Dogville. And here he is joined by Kirsten Dunst (well known in Spiderman) and they make a beautiful couple.
Some of the tennis scenes can drag on a bit – especially the final one, but then with a title such as Wimbledon, you’d have to expect this really, and it’s a necessary part of the suspense. It would be nice to say that even if you don’t like tennis, you’d like this film, but I’m not sure I can. I suppose if you like any sort of romance, then you’d like it anyway. Most girls would enjoy it – even if just to gaze at Paul and imagine his willy!
I’m probably not doing a very professional review here! I’m not actually a very big fan of romantic comedies – especially American ones, but as this is mostly English, and it’s not trying all that hard to be funny; this is definitely one of my favourites. Like I said before – they should’ve released it in June as it would’ve got more people interested in the tournament, and a certain amount of drive and ambition did rub off on me. It made me want to pick up a tennis racquet again. I haven’t played since I was at school – so I think this was a successful film. 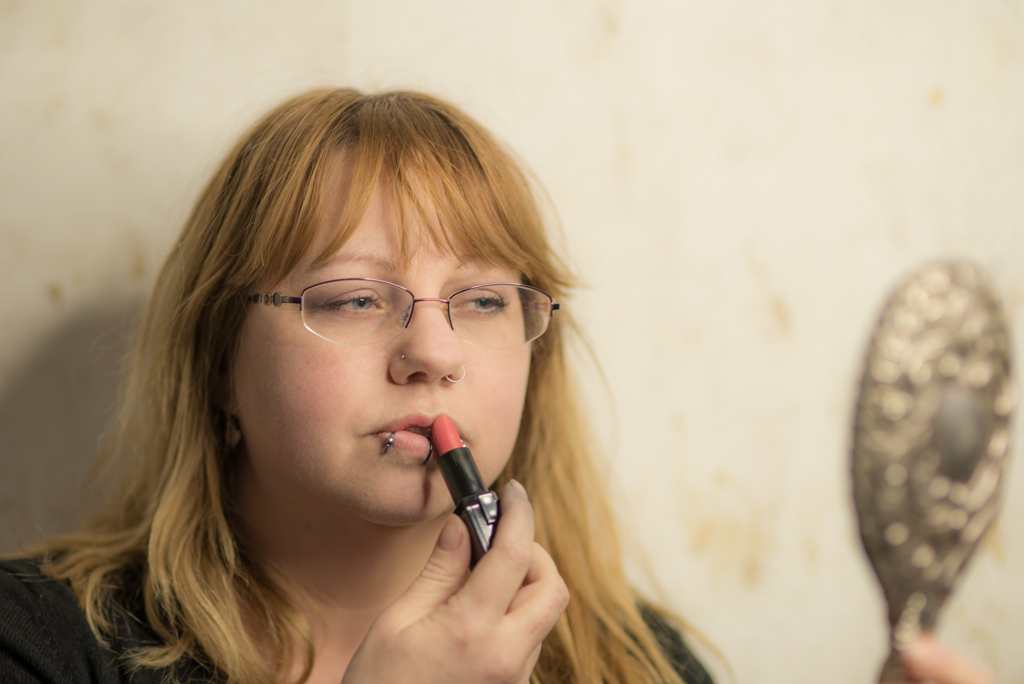 Negotiating lipstick with piercings and a wonky mouth!
I have never really worn lipstick. In my mind, it just hasn’t suited me – I have a very thin top lip and and a very fat bottom lip and overall my mouth is very lop-sided. I could happily go on being self-critical, but I won’t! I also think part of the problem is I was trying the wrong colours – brown was very much the fashion in the ’90s when I was playing around with make-up, and although I never really thought lipstick fashions were a thing, I have noticed that brown lipsticks are back….