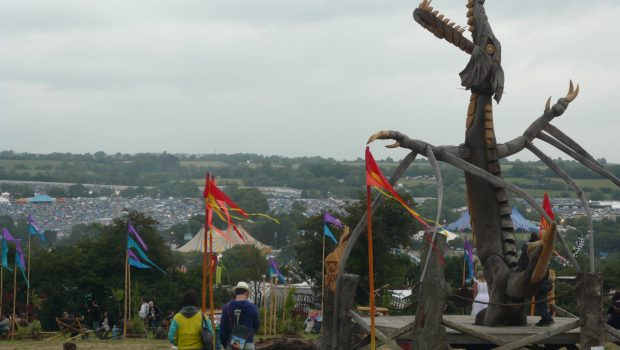 At Glastonbury 2008 on the Jazz World Stage.

Goodness knows why they weren’t headlining on The Other Stage or next to last on the pyramid stage; they had the biggest crowd on Jazz World this year I’m sure; certainly bigger than the 2 acts after them (Estelle and Jimmy Cliff). We started off to the side of the stage where we had a good view of the band. But the sound was crap there, so we tried moving further back, but the crowd was tighter than we expected and couldn’t get very far – though far enough to hear better sound, but couldn’t see the stage. Their set was also far too short; we saw them on the pyramid stage a few years ago doing Huey’s acting class and they were brilliant. This year, they were also brilliant, but we really needed more.

If you ever get the chance to see them; then go – they are a top class live act and it really comes accross to us that they are having a good time; which makes us have a good time.