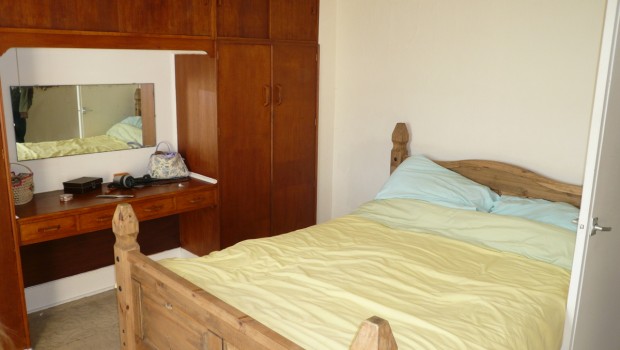 We decided to take out the fitted wardrobes from the bedroom.  It’s never as easy as that though is it. 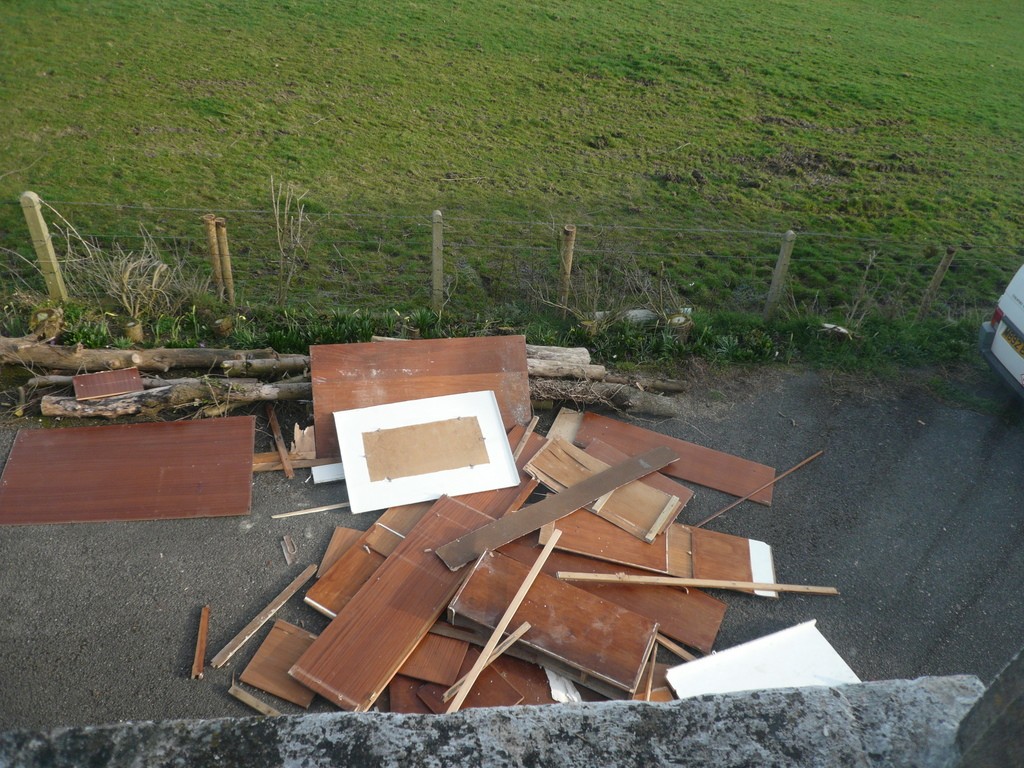 The wardrobes are of a 60s or 70s design, but we thought if we changed the handles and painted them, they’d be alright. But in the end we decided they had to go because there wasn’t enough space. I blame the dog (I usually do). And my husband (usually blame him too) because he lets the dog sleep on the bed. If I had my way, this would be out of the question. However, that, combined with the fact that neither my husband nor I are skinny little people, we wouldn’t all 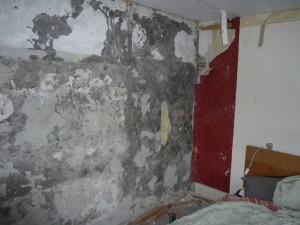 fit in a double size bed. Since we moved in with the Ikea super-king sized bed, I’ve had to scramble off the end of the bed every morning as it’s pushed right up to the wardrobes. We measured up and even a king sized bed wouldn’t give me enough space. So out came the hammer and away went the wardrobes. Mostly chucked out the window and landing in a pile on the drive below.

It’s a shame really because they were well made from solid wood and had nice bits for organising and a dressing table bit with drawers. Anyway, the problem ( as always) lies beneath. We have discovered that the wall behind it all is soaking wet. It had actually rotted 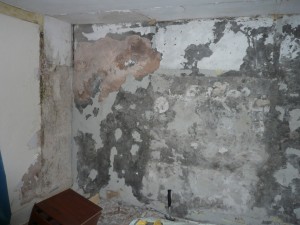 the back of the end cupboard and made a few of my clothes mouldy. The plaster in places just flaked off and you can see bubbles where moisture has tried to get out.

There seem to be no problems with the gutter on the outside, but that side of the house does suffer with driving rain blown up from the valley. I’m hoping that’s all it it. We have decided, now that the walls will have chance to dry out, to see if the problem persists.

The difficulty is not being able to identify the plaster. I’ve got no idea whether it’s gypsum or lime. It certainly isn’t the same on the inside walls. The other outside wall in the bedroom has been tampered with as well and seems to have a layer of polystyrene underneath the woodchip wallpaper; presumably for insulation. We’re not sure if we should remove all this as well. And to make matters worse, there are two different plasters on the wall we have revealed – one pink and one grey – both feel wet to the touch. I don’t want to spend days chipping it all off if I don’t have to and a good thick layer of plaster probably helps quite a bit against those cold winds we’re exposed to.

Ah the joys of doing up an old house. I just wish I knew what I was doing!

The Bishop’s Palace in Wells, Somerset

How to grow a Fedge