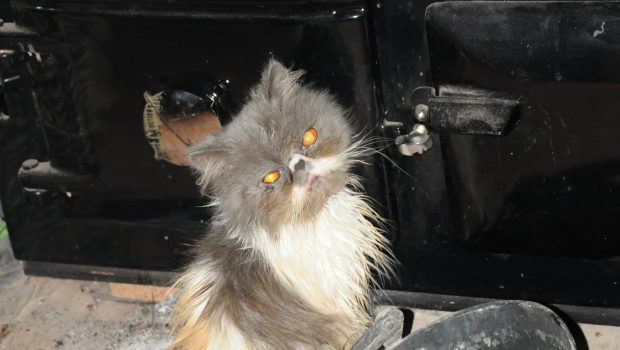 There’s a few funny thing to get used to.

The thing that I actually kind of miss, is being so in tune with nature. If it was freezing outside, then it was freezing inside; if it was slightly warmer outside, it was slightly warmer inside. The week before last  it was hailing/snowing/sleeting outside, but because it was warm inside, we hardly realised! If we’re going out now, we have to actually pop outside to tell how warm it is, to know what to wear. It’s quite strange!

The Nutella! This is possibly the best thing about the warmth (apart from actually being warm of course) No longer do we have to de-frost the nutella on the toaster. Now it is smooth and soft and ready to spread!

The washing up. Now, you stack it up and it dries all by itself! (Tea-towels were a necessity before)

Clothes. They are already at a comfortable temperature to put on in the morning! No longer do I need to put them in front of a fan heater; turning them round occasionally before they were bearable to wear! They honestly used to feel like they’d been hanging up outside all night.

The Rayburn has the added bonus of acting like an iron. I fold up the kids’ school t-shirts and leave them lying on the lids of the hob and the creases (mostly) come out!