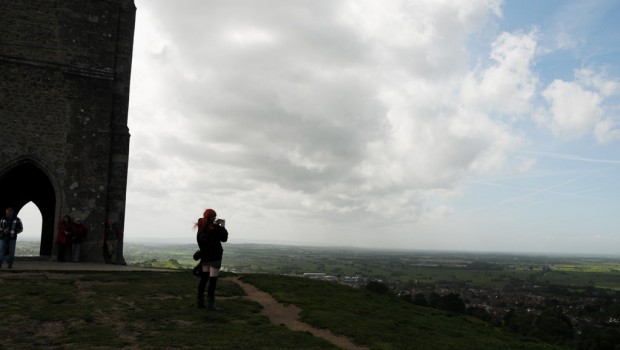 Saturday was our three year anniversary since moving to Somerset. This time three years ago Mum, the kids and I went for a walk while Dad went to B&Q for plumbing bits to plumb in our dishwasher and washing machine for us.
Before we moved, we said the first thing we’d do is walk up Glastonbury Tor. Three years later, we finally did it! Anyway, here are my thoughts and feelings about the move now.

I just had a quick look at the photos from three years ago and the house has changed immensely. We have done a hell of a lot of work to it since then! The problem is though, there’s still a hell of a lot of work to do! In my dark moments I think of the house in Keinton Mandeville that had already been renovated, but then I do realise the kitchen was awkward and too small and neither me nor Chris would’ve had a study, and the garden was pretty small… We did make the right decision. There’s no way we’d have afforded a house as big as this without the holes in the ceiling, the holes in the floor, the endless grouting of the kitchen tiles, the glued on woodchip paper and the lack of central heating! Out of that list, the central heating is the only one that’s been properly tackled, though it did leave more holes in the ceilings and floors!

I still look at the view every day in astonishment that I get to look out of my window and see it.

So that’s the house. The area is beautiful. Pilton is a lovely village full of lovely people who have all been very welcoming – though I still have many more to meet. Of course there is the massive 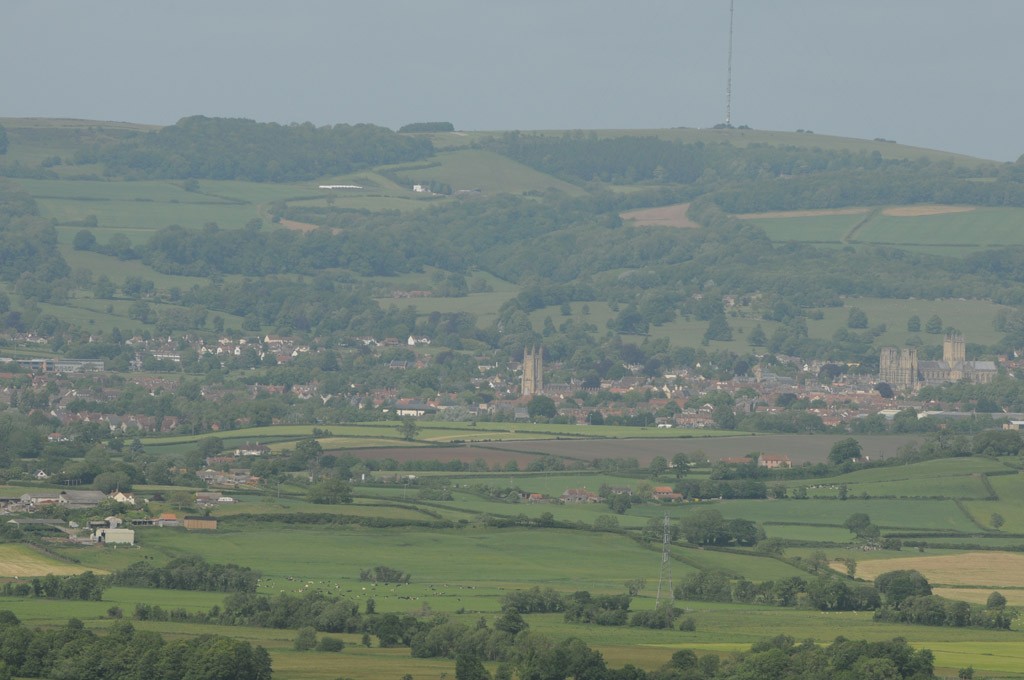 View from the Tor to Wells

advantage of free Glastonbury tickets – I’ll write more about that later. The nearest town is Shepton Mallet – a bit of a glitch in the centre of many affluent villages. Its reputation preceded it so fully that we didn’t actually enter the High Street till many months after we moved in when I got round to sorting out a dentist for the kids! Actually it’s not that bad, but it is a shame that the High Street is so dead. Some of the gift shops are so lovely. The council just need to lower their rates to give businesses more of a chance. It is so perfect for an antiques centre. If you are planning on moving to Shepton Mallet, research the areas carefully; there are some really nice roads, but avoid the Hillmead estate at all costs – it’s in the papers every week with various petty and not-so-petty crimes.

I don’t know any local areas other than Pilton well enough to give moving advice anywhere near as detailed as I did about Tonbridge. Ahhh good old Tonbridge. “You don’t know what you’ve got till it’s gone”. The massive well kept park, the swimming pool, the large library, the Angel Leisure Centre all within walking distance to each other around the High Street. OK so the shops aren’t fantastic, but we had Tunbridge Wells up the road with the big cinema, bowling alley, industrial estate and pretty much all the shops you need, but if we wanted more, Lakeside, Thurrock and Bluewater were less than an hour away.

It is that convenience I miss the most. In Somerset everything is very widespread. There is a good swimming pool and gym in Wells, but it isn’t really in walking distance to the High Street, so you have to drive there especially. There is Clarke’s Village in Street, a discount shopping place, which is great for picking up bargains in Monsoon and Clarks, but if you want a department store you have to go all the way to Bath or Bristol, and if you want a WHSmith, you need to go all the way back to Wells. If you want a cinema or industrial estate it’s all the way to Yeovil or Bristol. Glastonbury is fantastic for cool clothes and books and magical things, but nothing much else. And I still haven’t found a market that sells fabric and out of date magazines (my main reason for going to Tonbridge market). Wells market is lovely and the town on Saturday has a beautiful atmosphere, but there are no clothes shops for me.

So you see, everything is here – but none of it is in the same place! It just means a lot more driving.

The west country slower pace of life and relaxed atmosphere is not a myth – it’s true, and I would recommend this area of Britain to anyone. With Bristol and Bath just under an hour away, you don’t feel so remote as you may do further west, but you’re right in the heart of the countryside. It’s nice and centrally placed for us with family 3 hours East and Cornwall for weekends away 3 hours West (though admittedly we haven’t done as many of those as we planned!).

I don’t regret the move at all!

The Pirates of the Caribbean: On Stranger Tides

Sometimes you can hear the sea wind heading your way, and you just have to lift up your arms to greet it. Ps. I have some beach cover-ups for sale for the summer. If you’re interested, please take a look in the… instagram.com/p/CCeSdz7Hl75/…

I love the sequins and beading of this hair band. Are you like trinnywoodall and wear sequins for everyday-wear, or do you save it for special occasions? ➡️ etsy.me/2Oc840c #threadsofafairytale @ Pilton,… instagram.com/p/CCbysX0DfU-/…

Buddleias and geraniums are covering the verges around here as well as my garden. Have you seen many? @ Pilton, Somerset instagram.com/p/CCbwT_kAKTm/…