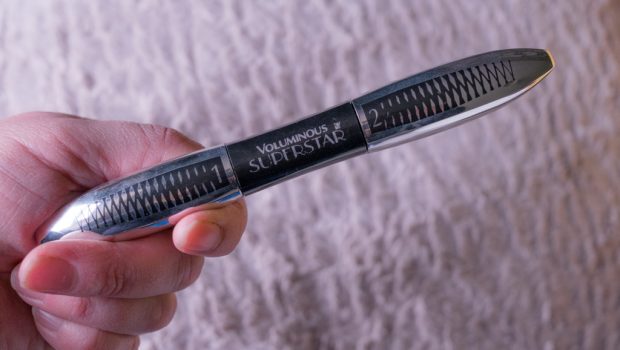 On holiday in America in 2015 I bought the L’Oreal Beauty Tubes mascara. This was amazing, but when I went back last year, I couldn’t find it again. Instead, L’Oreal had this mascara, called Voluminous Superstar. It is one of those mascaras with two ends – a white coat first to lengthen your lashes and then the actual mascara to go over the top. This was just what I was looking for as I’ve liked those kind ever since I bought the Maybelline XXL volume mascara. (See my review here from 2005)…… 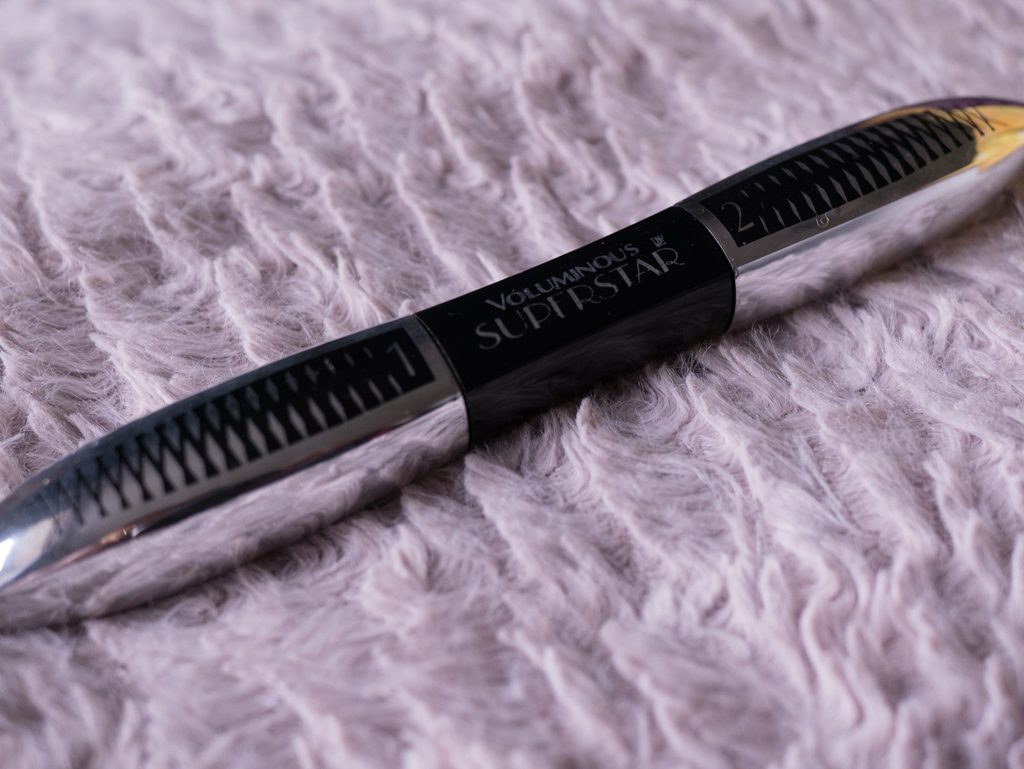 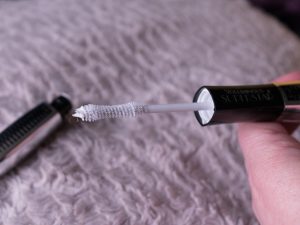 I’m afraid I have to say that I don’t recommend this mascara at all. The Beauty Tubes mascara really worked in lengthening my lashes and so did the Maybelline XXL volume mascara, so I had hoped for something similar to either these two, considering this has a similar white coat first. However, I’ve 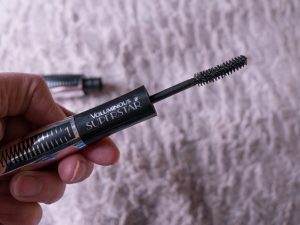 had better results from mascaras with no white coat at all – and I’m thinking of the Max Factor False Lash Effect Mascara here. In fact the white coat doesn’t seem to do anything, and the black coat is not what I expect from a L’Oreal mascara. I’ve only used it about ten times and it seems quite bitty – on close inspection it looks like there are small balls of dust stuck to my eyelashes, or like I haven’t taken my previous mascara off properly. To be certain, I left it three days of no mascara wearing (obviously having removed my previous mascara) and tried again before writing this review; but there are definitely still bits!

There’s another problem as well: I don’t bother curling my lashes, and usually find I can get a perfectly effective curl by tilting my head back and pushing the mascara wand against the lashes and the curl just stays in place. This method doesn’t seem to work with this mascara for some reason – I think it possibly stays wetter for longer. Anyway, it’s another little gripe.

As you can see from the close-up photo; my eyelashes are blacker than normal, but they are certainly not lengthened or thickened. 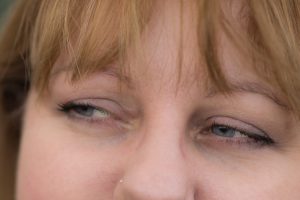 So sadly, although I usually keep a mascara for a year before buying my next one, I’ll be looking in Boots a bit sooner this time.

Although I don’t recommend this particular make-up, here’s the link if you’d like to try it out for yourself:

How to get to sleep – a sure-fire cure for insomnia
I’m sure there are many good things I have inherited from my mother, but the two best ones I can think of are: 1. The ability to make a bloody good cake, and 2. A trick that works when you can’t get to sleep. I’ll be honest, you’re not going to much like it, but trust me, if you follow my rules (they aren’t complicated), then I bet this will work 90% of the time….

How to write a novel – the practicalities of notes