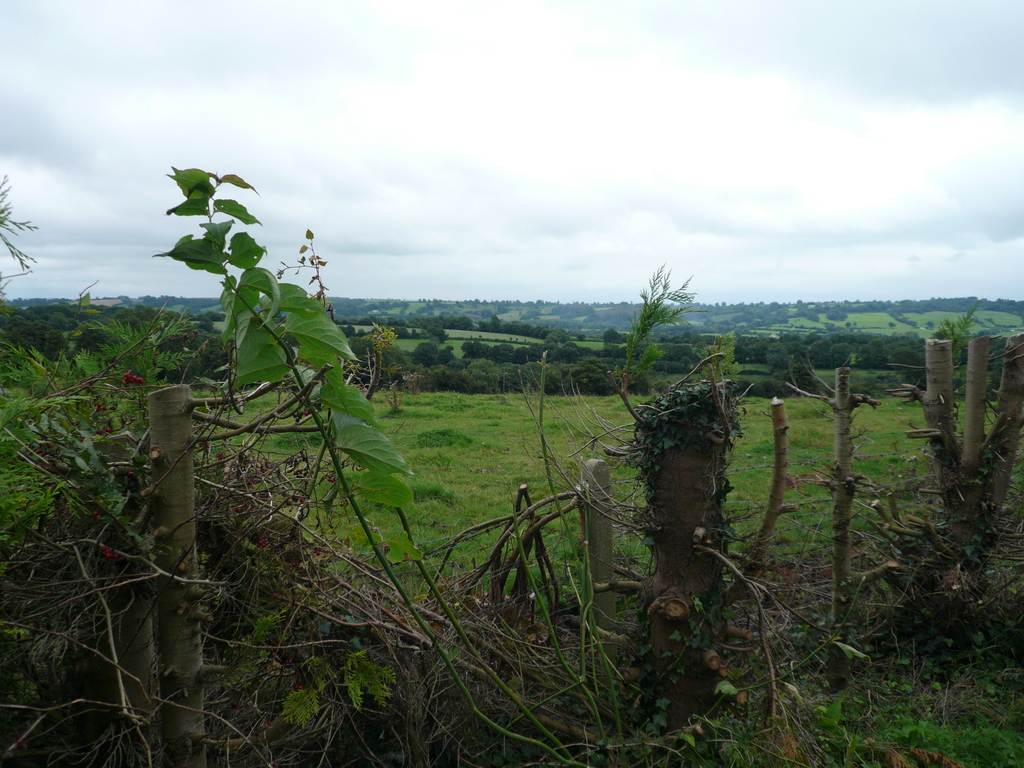 Why block a gorgeous view with a whole row of them?

Before I could get started on the garden; we had to tackle one very important thing: conifers. A whole row of them blocking the view and providing lots of shade, (and we have since discovered, a windbreak as well.) There were three big ones and many about 5′ high. They had to go. So while we were at Glastonbury festival, the in-laws came to stay, armed with a chainsaw. This provided the duel purpose of warning off anyone tempted to set up camp in our garden, and also of cutting down those trees. Their help was invaluable and now we can see the view – which is literally breathtaking when the wind gushes up from the valley – which is fairly often.

Unfortunately we again suffered mechanical failure and several of the shorter conifers remain. They lopped off the branches though and a bare trunk doesn’t cause too much intrusion.

We have succeeded in confusing the cows though, who still come for their afternoon conifer snack. They don’t half manage to stretch their neck out a long way when they’re after something. Already a tall, as-yet unidentified plant has become a conifer replacement and only 3 of the 7 stems remain. It may be a giant weed, in which case, it doesn’t matter. Can anyone tell me what it is from the photo?

Also, can anyone help me with a plant I’d like to find? The crucial thing is, it has to be something cows won’t eat! Does such a plant exist?  Ideally about a metre tall, suit a cottage garden and can put up with wind. It would be nice to replace the conifers with something that would hide the barbed wire fence.