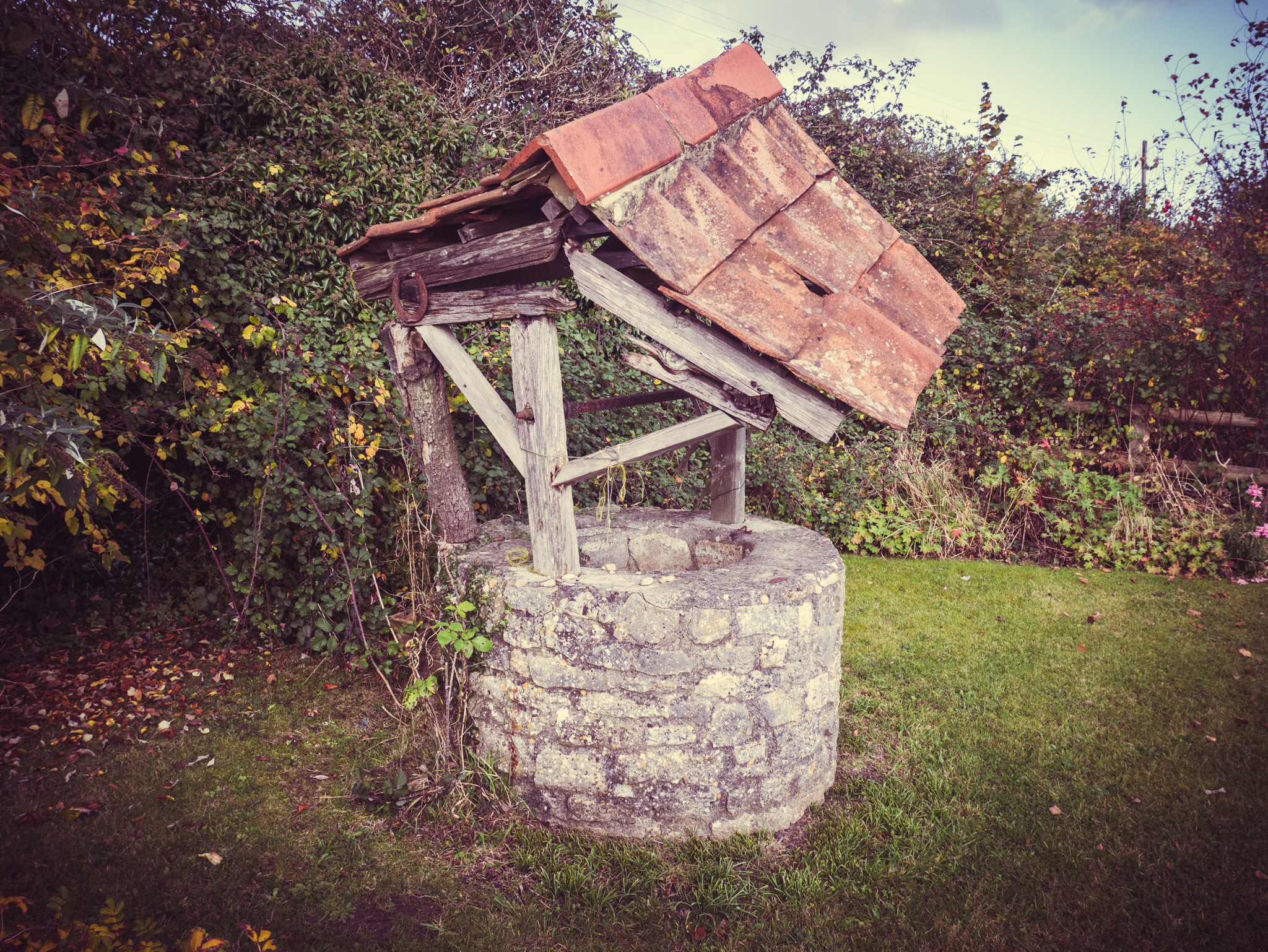 The romance of a well
I was pretty much brought up on Enid Blyton and it instilled in me a desire to live in a cute cottage in a countryside village. A well in the garden would be an added bonus. Well, although more of a farmhouse than a cottage, I am lucky enough to have fulfilled that dream. We were told by the previous owner that the well in the garden used to also serve the farmworkers’ cottages opposite. The path leading from the well to an iron gate half way down the garden would suggest that’s true. We live at the top of a hill, and as far as I’m aware, the only other well at the top of the hill in Somerset is in a small village called Kilmersdon, which is famous for the Jack and Jill nursery rhyme. Wouldn’t it be cool if that’s a mistake and it was actually our well? Haha!…. 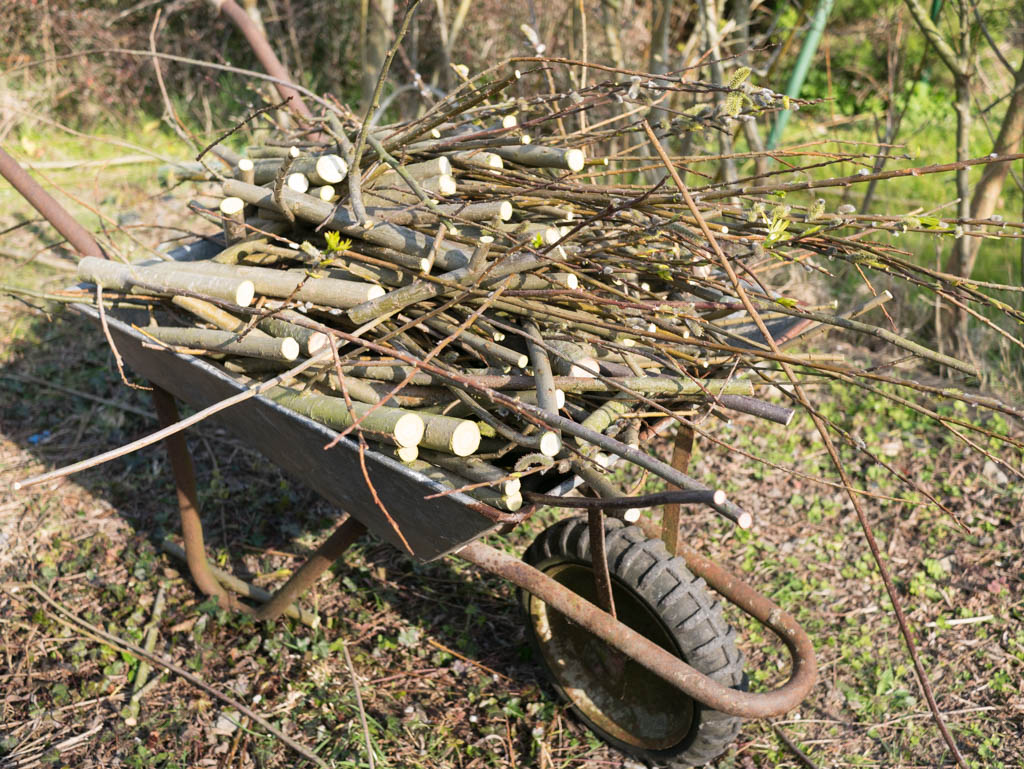 Willow blossom and fedge update
(A fedge by the way is a cross between a fence and a hedge, in case you were wondering.) You may remember (though you probably don’t) that several years ago I had the dilemma about what to plant in the lower garden in order to provide some privacy quickly. If you want a quick catch-up, the post is HERE; and then please read on for an update… 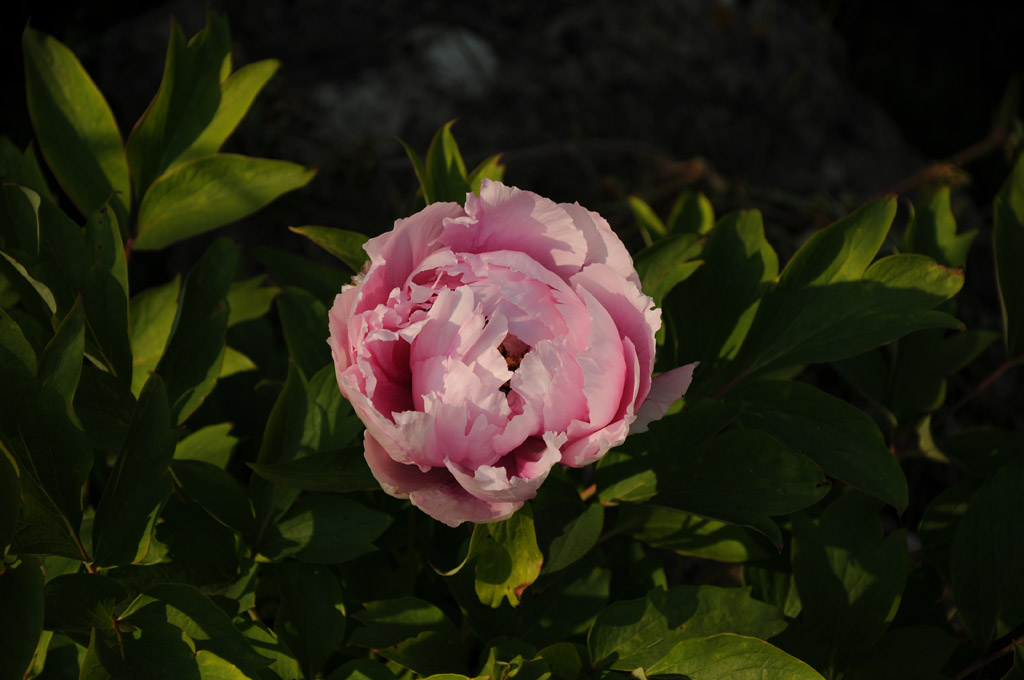 Good things come to those who wait
Three years ago I planted a tiny twig in the ground – a special half price offer from J Parkers. At last, my tree peony has flowered, one massive glorious delicate pink flower. It is truly the highlight of the flowerbed and the envy of all the other plants. 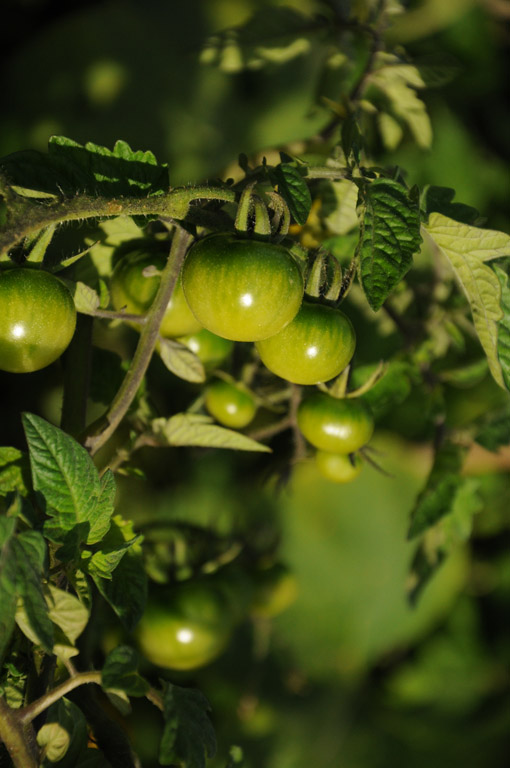 Cucumbers galore! Plus other veg.
A round-up of my successes and failures in the vegetable patch last  year. (Another lost post which I wrote in August). This year I planted 3 cucumber plants (All Ridge variety as that’s all they had) and 2 tomato plants (one cherry, one normal). Three days later the slugs had eaten the cucumber plants completely and the normal tomato. Very annoyed right now. 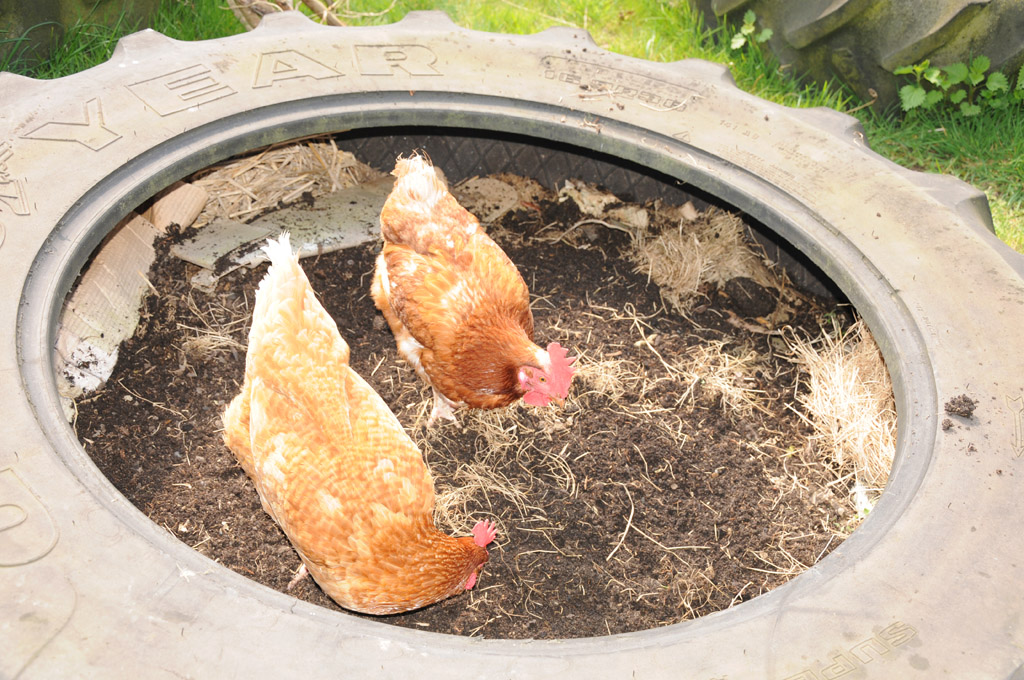 Chicken help
Time to make the most of the beautiful weather and get gardening. The Garden Centre was packed this morning – only just found a parking space. Blowsy and Talulah helped me get the vegetable beds ready. 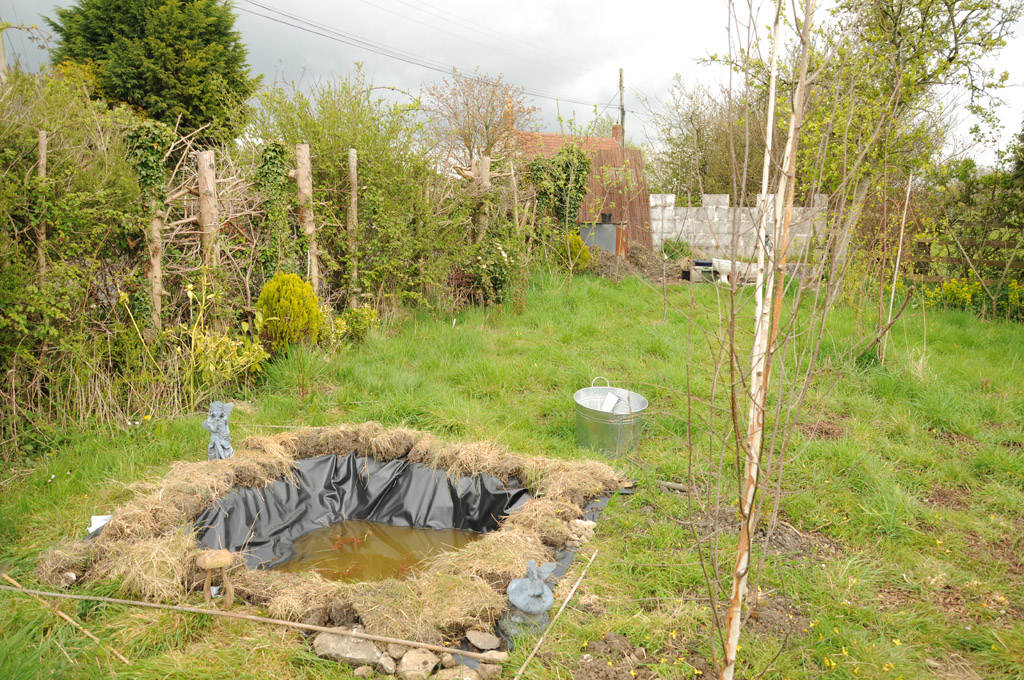 The wild garden update
(Somehow this blog post got lost – I actually wrote this in May 2010. Sorry! I’ll post soon with a new update) If you remember last year, I had some big plans for this area of the garden. Well, they’re starting to come into place. 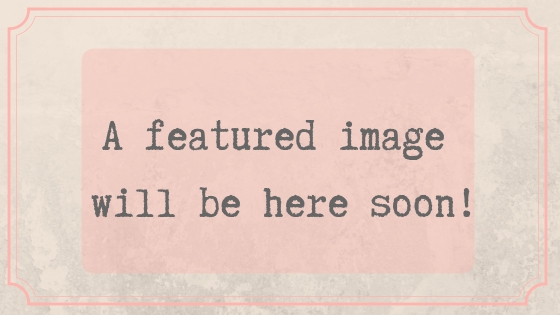 The rain and being old!
Referring to the rain, I said to a fellow Mum at the school gates: “At least the plants needed it though.” And she said, “You know you’re old when you start saying the rain is a good thing because of the plants.” She’s absolutely right of course. 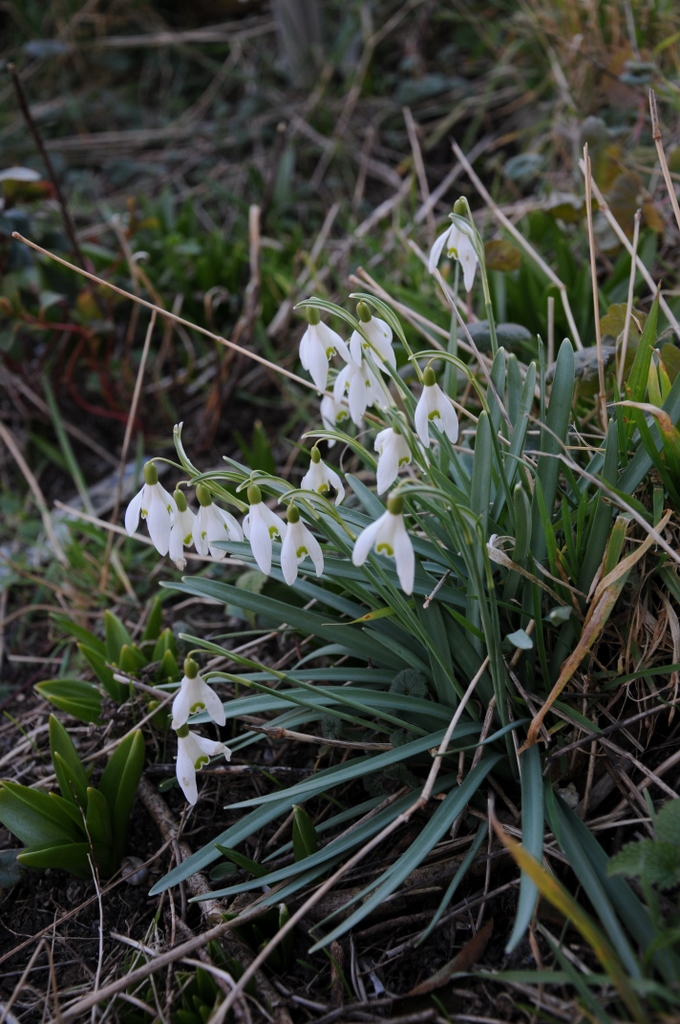 Snowdrops again.
I haven’t done a gardening blog for a while because there hasn’t been a lot to say. To be honest, there still isn’t a lot to say! 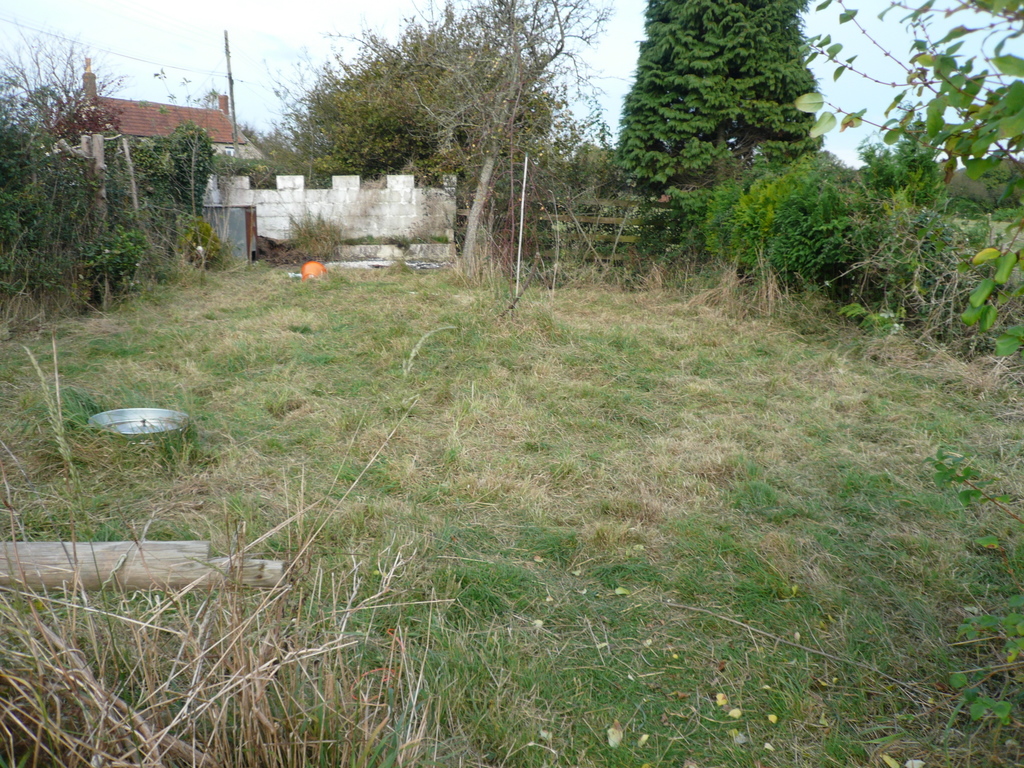 Update on the wild garden
My arms are killing me today. Yesterday I finally strimmed it down. 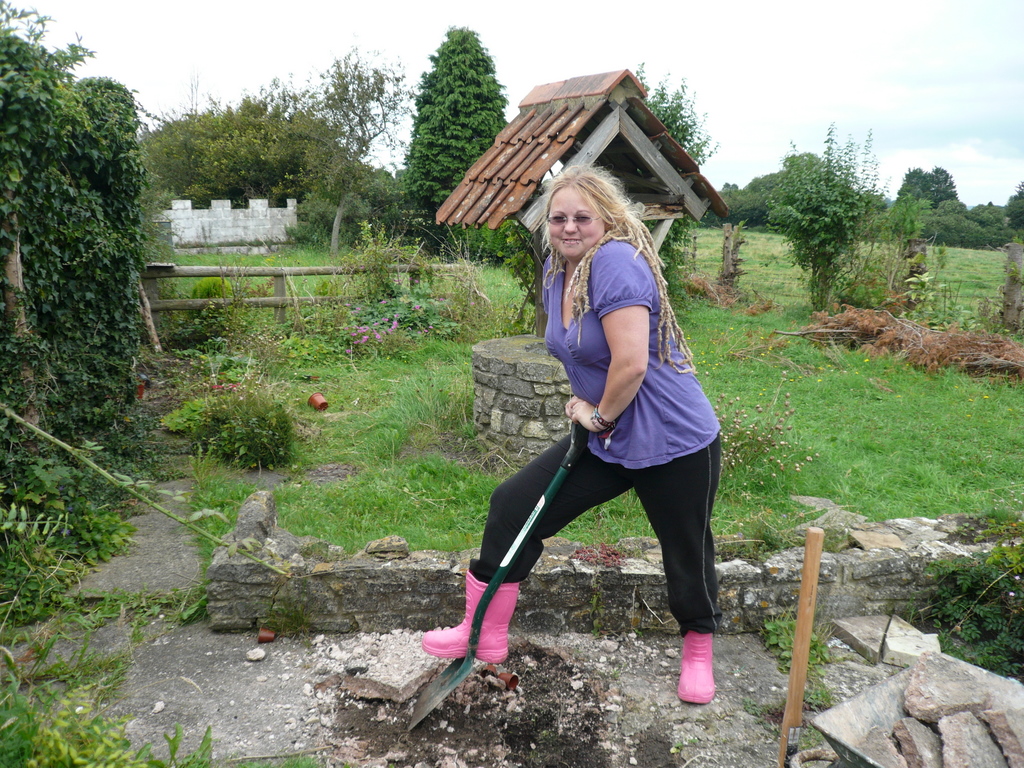 The brand new flower bed
Good before and after pictures! 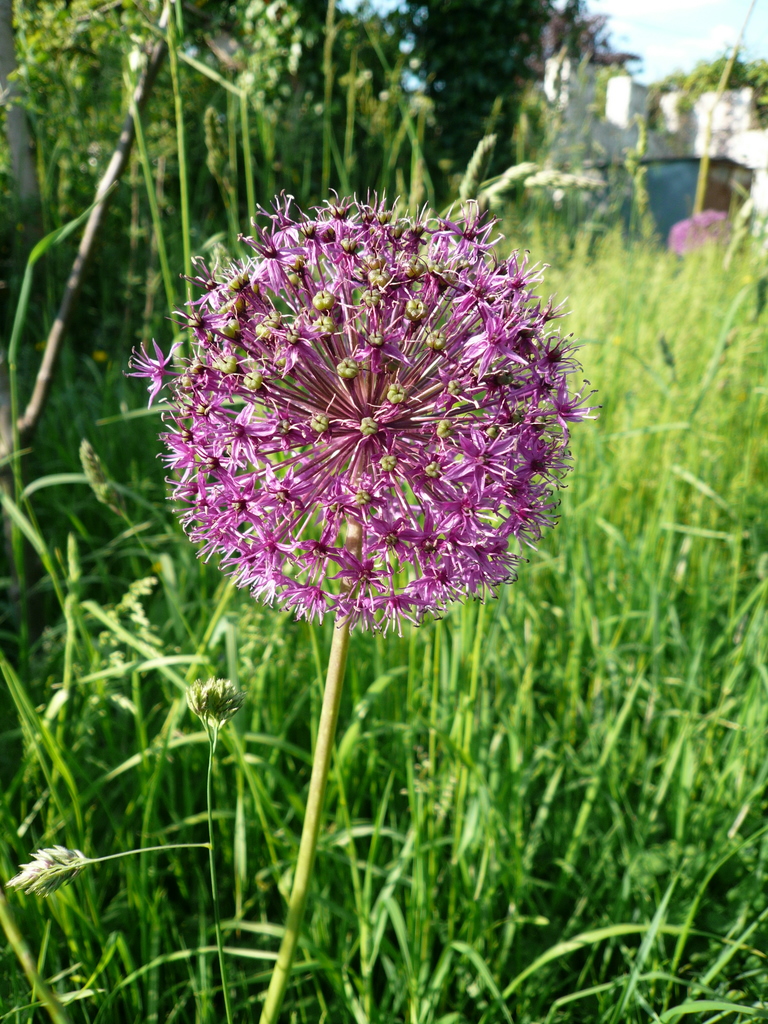 The wild garden
At the end of the top garden which now has grass at shoulder height.
Older Posts
Instagram did not return a 200.