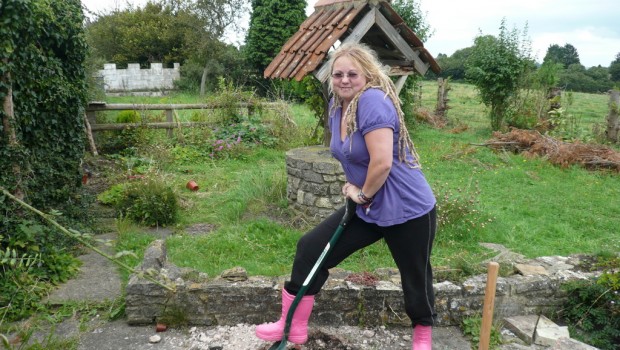 Good before and after pictures!

I decided I wanted a new flower bed because there just weren’t enough already. Also, the path that runs down the middle of the garden leads to a gate which opens into an A road 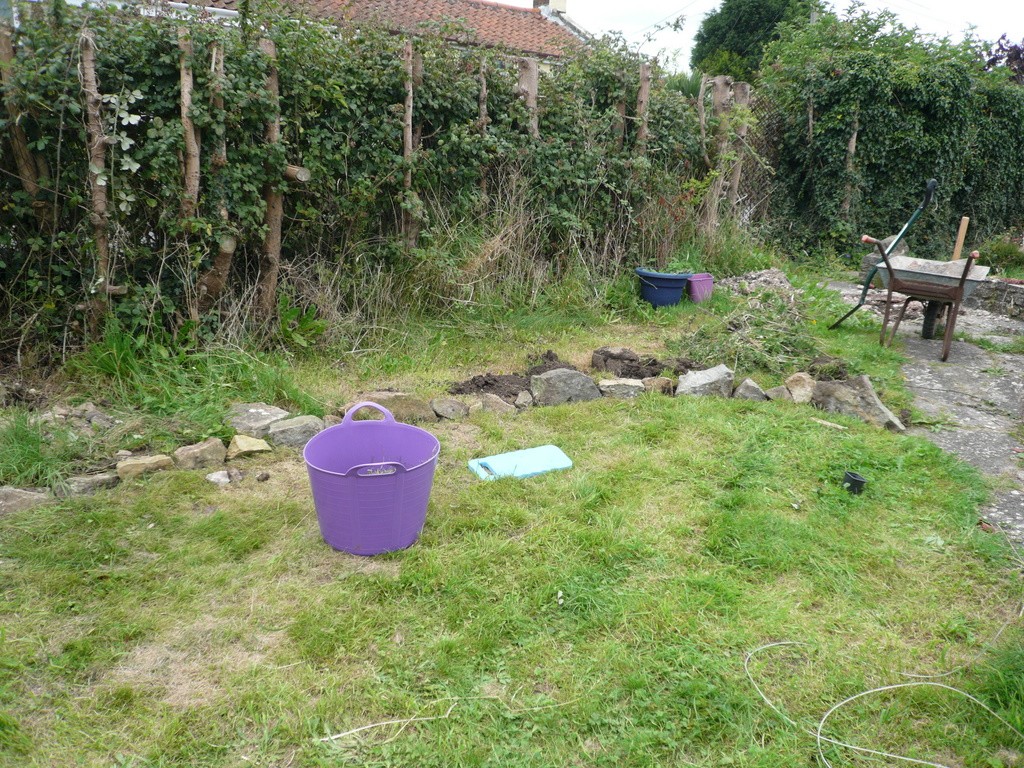 with a 60 mph limit. You’d have to have a death wish to go out that gate! We were told the well in our garden originally provided water for the cottages opposite, so that’s probably why it was there in the first place. It was silly keeping it, so I smashed up the corner with a sledge hammer and dug it up! The intention is that you’re now directed to step over the wall and onto the new stepping stones I put in the ground using some of the afore-mentioned smashed up path.

Anyway, it took well over a week last August to dig it all over and then I edged it with stone that I dug up out the ground. (You can tell what a nightmare it is whenever I need to dig a hole in the garden) The bed is about 5 metres in length and varies in width between 1 and 3 metres.  One of the first things I did was move the evergreens that were planted elsewhere in the garden to the back edge. For some reason the previous owners actually cut down the trees that were providing noise shelter and privacy from the road! As you can see from the recent picture, the yew tree didn’t survive the move. It’ll stay there though till I’ve got the money to replace it with something similar. There are two bay trees too, which currently look dead. It’s a shame because they were fine all autumn, but the snow we had in February killed them off.  Mum and Dad said that their Bay tree sometimes looked dead, but new shoots would appear near the bottom. I’m hoping this will happen with mine too.

I’ve bought two Eucalyptus trees from the Garden Centre in Glastonbury and at 7 foot tall were a bargain at £15 each. I dithered about these for ages. In other garden centres I saw smaller ones for sale for £25 each, but I was put off by the fact that they do grow fast and big. Then I saw that Joe Swift from Gardener’s World had one in his small London garden and then I saw on something that you can coppice them down in autumn and that keeps them bushy. So I was convinced! 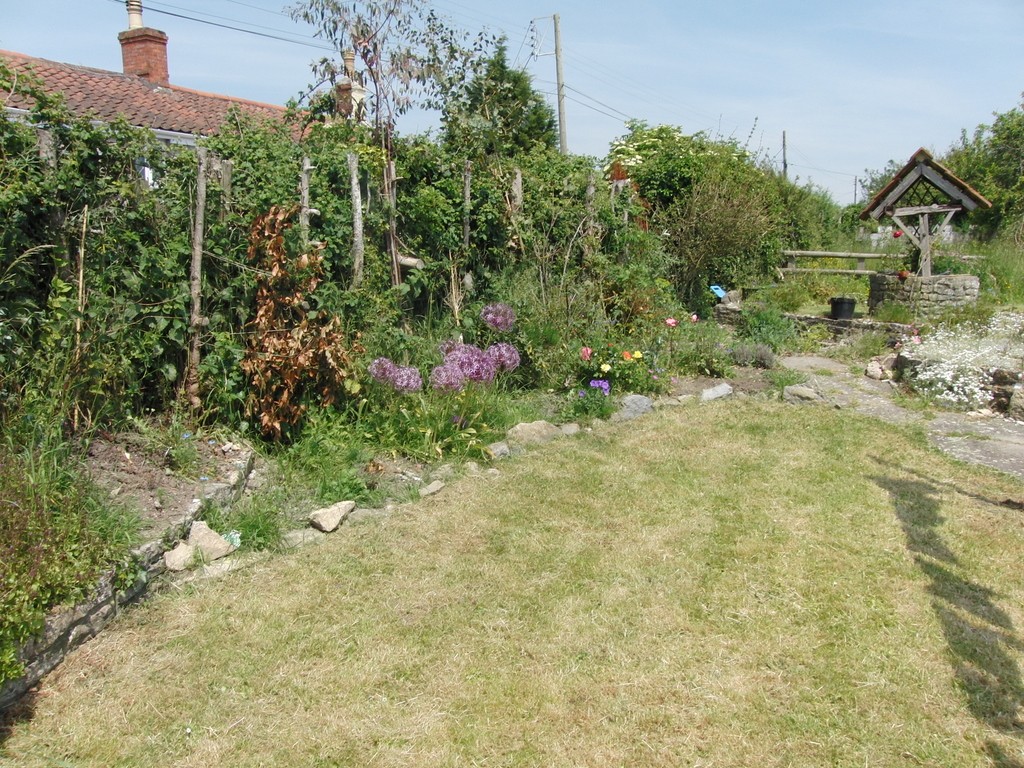 How it looks now.

All the roses were moved from a different flower bed apart from one that moved with us in a pot. They’ve all survived and are looking great. In the photo there’s one that looks yellow – it really stands out as the rest of the flowers in the whole garden are blues, lilacs, pinks and whites. But 2 days later it turned pink like magic! It’s getting a darker and darker pink as the days go by! The geraniums were divided and came with us from the old house and are doing well. Those big allium christophis look amazing. The bed has still got a long way to go. And all I seem to be doing is weeding it all the time. I need some big plants to put in so the weeds don’t grow. I won’t list all the plants I’ve put in – some have been successes (bleeding heart) , but some haven’t (delphiniums), but it’s still got a long way to go until it looks full. I’m just not patient enough. I want it to look perfect now!!

A chance to curb your cravings? A review of the Slissie
This is a new product, so I’ll begin by telling you what on earth a Slissie is! To be honest, it’s a bit difficult to explain, but it’s a weight-loss device that looks a little bit like a vape, and you suck on it like it is a vape, however there’s no actual vapour! Instead, it releases a burst of flavour into your mouth, and the idea is that it will trick your brain into thinking you’ve eaten something sweet, and therefore your cravings will be satisfied without actually having the calories of eating anything…..