The romance of a well 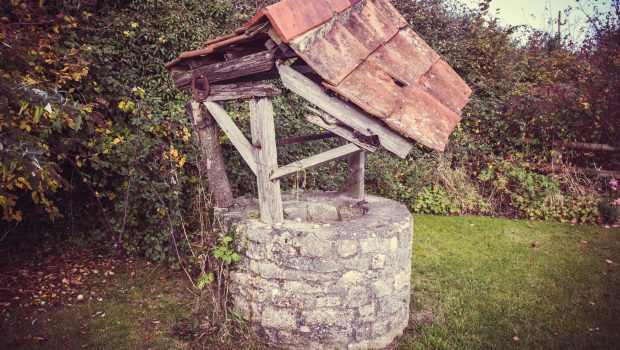 I was pretty much brought up on Enid Blyton and it instilled in me a desire to live in a cute cottage in a countryside village. A well in the garden would be an added bonus. Well, although more of a farmhouse than a cottage, I am lucky enough to have fulfilled that dream. We were told by the previous owner that the well in the garden used to also serve the farmworkers’ cottages opposite. The path leading from the well to an iron gate half way down the garden would suggest that’s true. We live at the top of a hill, and as far as I’m aware, the only other well at the top of the hill in Somerset is in a small village called Kilmersdon, which is famous for the Jack and Jill nursery rhyme. Wouldn’t it be cool if that’s a mistake and it was actually our well? Haha!…. 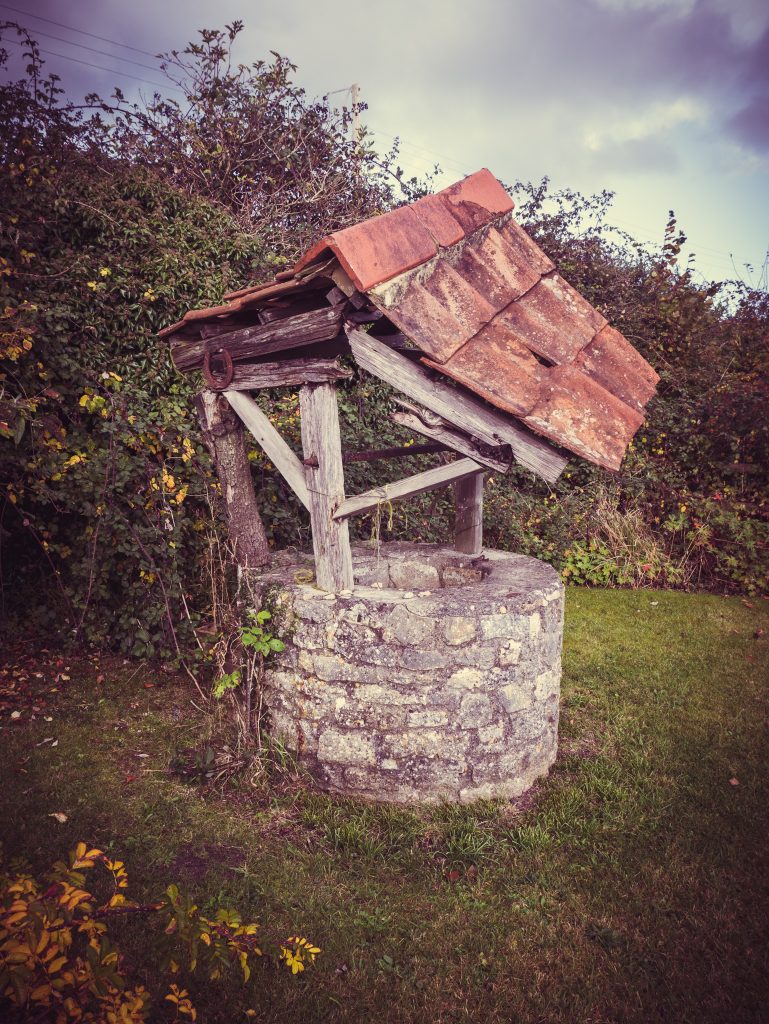 The previous owners to us used the well as a rubbish dump and compost heap. It’s gradually rotting away because it’s gone from being level with the stone to having sunk by about a metre and a half. We’ll have to get some sort of safety cover over it soon I expect, but I’d love to excavate it and see what we find. There could be all sorts of clues about the people who have lived here or in the cottages opposite for the last four hundred years. One day, when we’ve done absolutely everything else that needs doing to the house, maybe we’ll do that! I wonder if people threw coins in to make a wish, or make offerings to the magical well-dwellers in exchange for good fortune. Back in the day of course, springs and wells were considered sacred places with the emergence of water being the earth giving us life. If you’re interested in this sort of thing, there’s a lay-line that runs from Glastonbury Tor, past the famous Chalice Well, and right through our garden where our well is. Now that’s pretty fascinating – who knows, we could live forever if we drank from it! 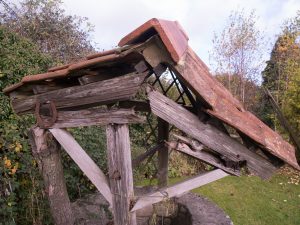 Anyway, our well is sadly on its last legs. It would’ve once had a thatched roof, but was replaced with heavy clay tiles at some point and the wood just couldn’t cope. As you can see, the old beam across one side has rotted away and has completely come apart. I’m amazed that the whole thing didn’t come crashing down at that point. Luckily I had the chance to take off the tiles to try and minimise damage, but I was thwarted near the end as I just couldn’t get high enough on our step-ladder for the last couple of tiles. They are well and truly cemented to the wooden beam and I didn’t have the strength to reach over and wrestle with it. I’m annoyed because it now looks worse than ever! I’ll have to rope in my husband to help out with the last bit. 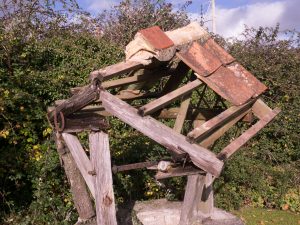 Remains of the well roof

I haven’t decided yet whether we’ll remove all the beams completely and just have the stone remains of the well, or try and mend it. It would be pretty cool if I could learn how to re-thatch it, or if not; lay that willow or rush garden divider type fencing on the top. But that’ll be for summer I think, so I’ll keep you updated next year. So sorry there isn’t a great outcome to this blog post! It’s more like the old renovating posts I used to do, where it was all a work in progress. Please let me know in the comments if you have any advice or suggestions as to where we should go from here.

Mumsnet Blogfest review – an account of a nervous first-timer

Fantastic Beasts and Where to Find Them review (no spoilers)