Fantastic Beasts and Where to Find Them review (no spoilers) 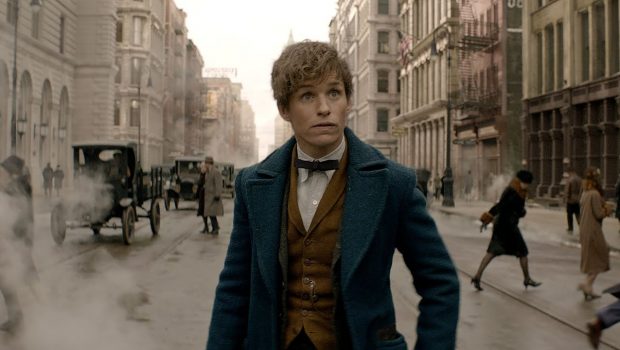 This is just a quick extra post because I went to watch this film last night and thought it was absolutely fantastic! As Harry Potter fans, we were very excited in this household and the kids and I dressed up for the occasion in 1920’s style outfits! We ate a meal first at the Frankie & Benny’s opposite the Cineworld cinema in Yeovil (which, by the way is hugely improved from last time we went there – I think they’ve employed new kitchen staff) and sneaked pudding, in the form of chocolate buttons, in my bag into Screen eight!….

J.K. Rowling’s plot is genius and the story-line was the best thing about the film, along with Eddie Redmayne’s acting. It was completely original and not in any way a Prequel to Harry Potter – it was simply another story set in the same world. There is a particular character who was only mentioned in the last couple of Harry Potter books, who is going to be key in linking this series of five films I expect and will probably lead to an important event that we have heard about before, so that’s quite exciting.

The magical creatures were brilliant, and I couldn’t help imagining them in toy shops pretty soon, if they aren’t already. They will certainly have to expand the magical creatures shop at Diagon Alley at Universal Studios in Florida! It’s a shame that I felt the cgi on some of the scenes involving them, were not 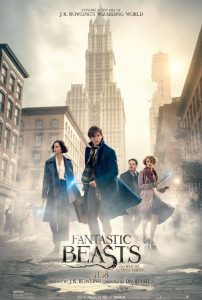 Fantastic Beasts and Where to Find Them review

quite up to scratch – it did feel like we were watching special effects in places, rather than thinking it was real.

I enjoyed the New York setting and hearing the differences in the languages, although the term ‘nomaj’ instead of ‘muggle’ is irritating! I loved seeing the American version of the Ministry of Magic and also 1926 America. I’m sure there would have been more horse and carts on the road though – it wouldn’t have all been motorcars. (Minor gripe.)

Is Fantastic Beasts and Where to Find Them suitable for children? Well, there are certainly quite dark, adult themes in the film, but you don’t actually see anything. Also, the scary thing in the film is a million times less scary than Dementors. In fact, thinking about it, yes I would say it’s fine for most children and much less scary than the majority of the Harry Potter films. There are tense chase scenes, and you do see a couple of bad people get killed, so it might not be for everyone. There are also plenty of funny bits thrown in that kids will love, and a couple of sweet romances too.

Overall I highly recommend this as a film the whole family will enjoy; plus any adults who loved Harry Potter. Chris thought it was better than the first Harry Potter film – possibly because we don’t have an excellently written book to compare it to. So even if you missed the Harry Potter craze, or couldn’t see what all the fuss is about, then watch this one, because you won’t be disappointed.

The romance of a well

Thanks for the review, I’ll take myself along (with the grandchildren!). John