Cucumbers galore! Plus other veg. 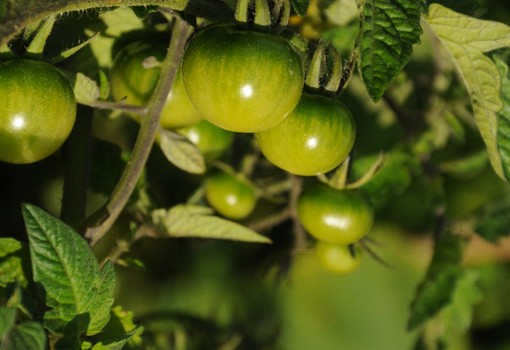 A round-up of my successes and failures in the vegetable patch last  year. (Another lost post which I wrote in August). This year I planted 3 cucumber plants (All Ridge variety as that’s all they had) and 2 tomato plants (one cherry, one normal). Three days later the slugs had eaten the cucumber plants completely and the normal tomato. Very annoyed right now.

By far the best is the cucumbers. I bought four plants for 99p each at the garden centre in spring. We’ve had so many cucumbers 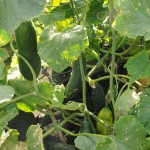 we can hardly keep up with them. On a recent trip to see family, we took cucumbers to distribute to everyone as well as the chicken’s eggs. As with all my vegetable growing – I didn’t quite know what to expect. I pushed a few canes through a left-over piece of fencing about 130cm tall, but I’ve since discovered this was nowhere near enough. It needed to be 2m tall. So my cucumber plants are falling all over the place and when the fruit hits the soil it bends, so I’ve had some wonky ones. I will definitely grow these again next year because the kids even like cucumbers and at 70p each in the shop, we’ve certainly saved a fair bit. The varieties are all for outdoors and I peel all of them. The plants have all got intertwined so I don’t know which is which any more – but two of them are definitely more prickly than 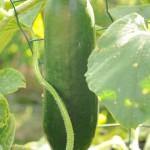 the other two, which have a tougher skin. They taste delicious and sweet though.

The lettuces were a disaster. I grew them from seed – or rather, I didn’t. I scattered about 40 seeds, but with nothing showing two weeks later, I did about 60 more. I got one lettuce and a tree – Ash I think. And the lettuce tasted foul. Even the chickens wouldn’t eat it! Next year I will only sew iceberg lettuce and keep it under cover or something as I suspect slugs were the culprit.

I planted three tomato plants 99p each from the garden centre – all a cherry variety as I’m not too keen on the big ones. They’ve done very well and are covered in fruits, but aren’t reddening. Next year I’ll put them further from the hedge so they’re less in shade and will be more vigilant in cutting back the brambles. In the tomato tyre I 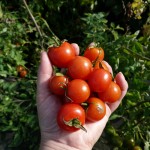 also planted a mystery plant that I got for free from my daughter’s primary school as the labels had washed off. This has turned out to be some type of squash – it looks like the string squash that they showed on Gardeners’ World last week. One plant is hanging over the edge and looks fine. The other is under the tomatoes and is all shrivelled like a prune. I will eat the squash and decide whether I want more of those next year.

A review of Agatha Christie’s play, Witness for the Prosecution, at County Hall, London
It was my birthday last week. And it was a big one. The kind with a zero. The weekend afterwards I celebrated with my family (which was lovely – look out for the vlog coming soon!) and I’m in the process of organising a day my friends are free at the same time to celebrate with them (I am determined to milk this for as long as possible!), but for my actual birthday day, I wanted to do something special. All the time the kids were young, I hardly bothered celebrating my birthday, but although we have had a couple of days out in more recent years, this time I really wanted to make it count. So, I went online to see what theatre productions are on in London at the moment. I’ll be honest, I wavered and nearly didn’t bother with the whole idea because my god, it’s expensive isn’t it? And why can’t they tell you the price of tickets until after you’ve given half your personal details, chosen the date and studied the seating plan?! We were also limited by the type of thing we’d all be interested in. Something we’d all love is of course The Cursed Child by J.K. Rowling, but at £1160 for the four of us to see both parts that day, we decided our Harry Potter fan-ship can be shown with Primark mugs and slippers (that wear through in 3 weeks) instead! However, something else we all enjoy watching on the telly together is Agatha Christie adaptations, and when I found out that Witness for the Prosecution was being played in an actual courtroom, that tipped the balance over Mousetrap (which I’m pretty hopeful will still be on for my 50th birthday!) and I booked the tickets….