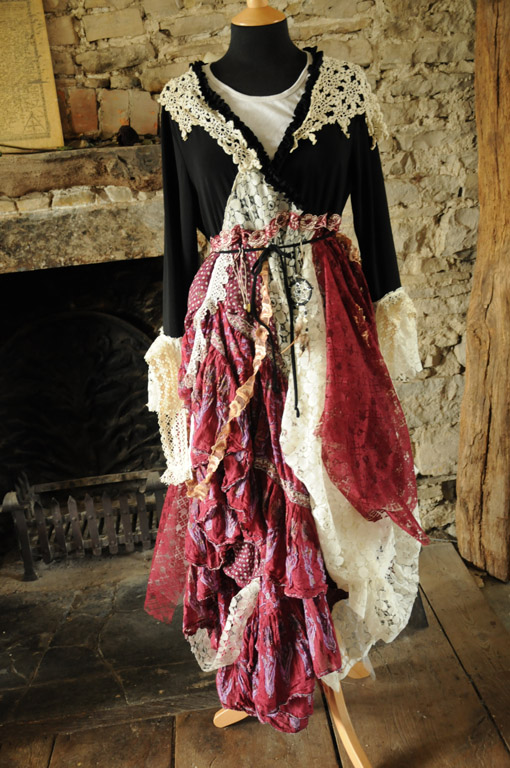 The Tia Dalma Dress
Four years ago in June, my eldest daughter was invited to a fancy dress party to celebrate the end of their time at Primary School. She chose to go as Tia Dalma from Pirates of the Caribbean (cool kid) and I found a piece of old cotton that I think I bought from a jumble sale long ago that for some reason I’d cut from what was originally a dress. We tied it up with string and it formed the petticoat of her costume. Now it has become one of the main pieces of my adult Tia Dalma dress which is now for sale on Etsy.
Instagram did not return a 200.