Knocking down another wall 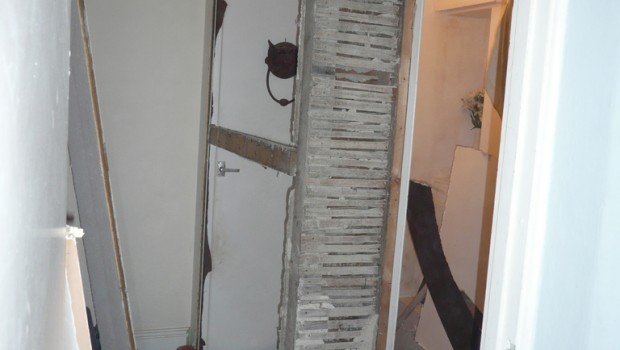 Two days after the plane landed in England, I’m to be found ignoring the suitcases in the middle of the living room floor (the weather was too wet to dry the washing anyway), sledge hammer in hand and bashing down a couple of walls at the top of the cellar stairs. I do have a good reason though…

The piano wouldn’t fit through the gap. The piano was previously in the dining room; then in the dining end of the kitchen/diner after we opened it up, but once the floor was done, and the furniture more-or-less in position, the piano didn’t look right. It was just too big and bulky. It’s amazing how quickly a large room can look small once you start adding furniture. Gone are my Christmas dreams of me and my parents taking turns playing carols while the kids lay the table for dinner. Instead, the piano is destined for my study – and I’ll just have to try and keep it tidy enough to allow other people to enter to play  if they wish.

So about three days before the big holiday, we moved it (breaking one of my newly laid tiles in the process), but 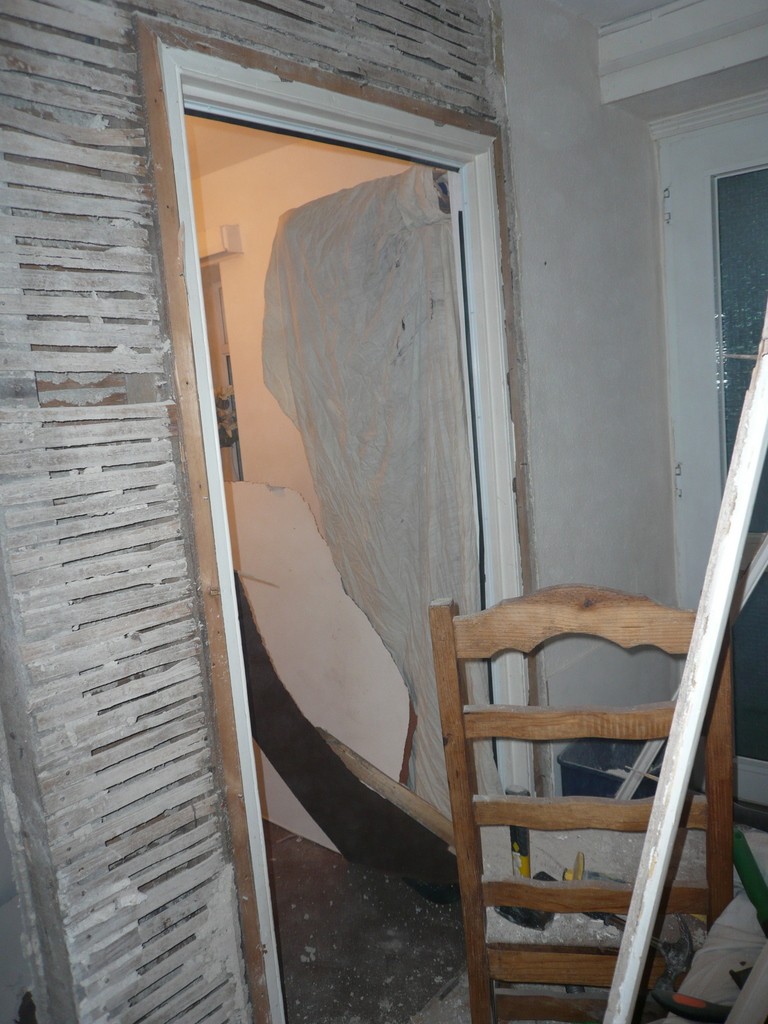 between the living room door and the study door, the piano got stuck. There was a small entrance hall there where the official front door is (only used when one is feeling suicidal). So, the obvious solution was to knock down the wall. Who needs walls anyway? In the mean time we had to go backwards with the piano and leave it in the living room.

So now the walls are gone. One of them was made out of wooden planks and thick woodchip wallpaper,and will give us a bit of free firewood. The other one unfortunately was an old plaster wall – the kind that cause the most dust. Out came the dust mask that makes my glasses fog up. Which is worse for your health: Lungs full of plaster dust? or broken hands caused by a sledge hammer and bad vision?

It doesn’t feel like it, but it’s actually been a whole year since I last knocked down a wall 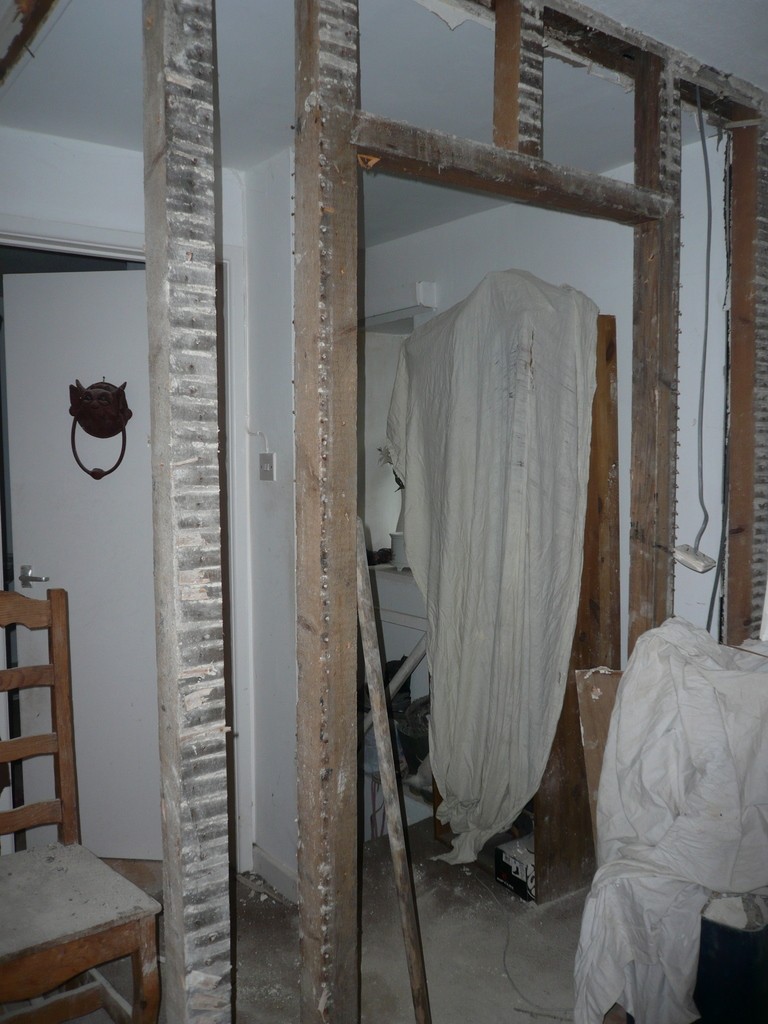 The laths are now great kindling.

myself, and towards the end of this recent job, I remembered that last time I worked out that if I leave my nose exposed from the dust mask, and remember to only breath from my mouth, then glasses remain fog-free. Anyway, I survived with no major injuries and the hallway looks brilliantly spacious (at least until we fill it with bookshelves). As a double bonus, I discovered that under the laminate flooring the huge slate flagstones from the living room continue and even look like they may go through my study and the downstairs loo. Unfortunately some of it has been concreted over, which means lugging the compressor through the house and doing some more chiselling it away with the air hammer. That’s a job for next year though – as is the hole in the ceiling where a beam used to go in.

Doing up the cellar and games room + review of Focus paint.