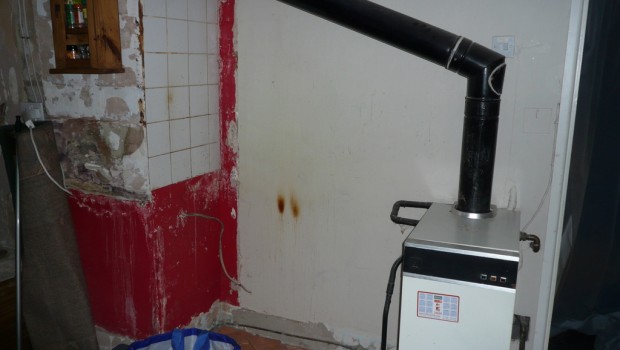 It’s ordered! We’re getting it! I can’t believe it!!

I’m getting this blog in now, even though I can’t give a review on it yet, because the price is going up near the end of March by quite a bit, so if you’re planning on buying a Rayburn, this may be of some use to you.

I’ve done a fair bit of research into buying one, and tooing and fro-ing between different models, so it all may be helpful to you. First of all my husband was getting an extra job which was going to pay for a new Rayburn. This didn’t come about and the idea was put on the back burner (geddit?!) for a while. Then recently, due to the reasons I explained in my previous post, we couldn’t leave it any longer. At first we were going to get a loan with the maximum of £4000; which would give us £1000 for a second hand Rayburn and £3000 to get it installed, plus all the plumbing costs to run radiators around the house. Then, by surprise, we are fortunate enough to be able to get a new Rayburn again!

So, first I’ll talk about second hand Rayburns. The easiest place to find them is e-bay; but keep checking all classifieds such as Loot, adtrader, free-ads, Friday Ad etc – that’s where the bargains are to be had, but perhaps where the risks are higher. I was checking them most days for two weeks, and every single time I rang an advert, I’d already missed out. You really do have to check them every single day. I mentioned the risks – if there are holes in the boiler, the savings are probably not worth it unless you are capable of re-fitting a replacement yourself. There are other parts that break down over time, and if you have to get someone in to replace them, then the costs start going up. If you live too far away to knock on the seller’s door, then you have to be trusting – and ask a lot of questions first. We were quoted £300 to pick up and transport a Rayburn from kitchen to kitchen from East to West England.

There are several companies advertised on ebay who will collect and deliver your range cooker. When comparing prices, check whether they will bring it into place in your kitchen, or leave on the curbside. Also ask if they require it already on a pallet. Also, do they leave it intact, or dismantle and re-assemble at your end? I have it on good authority that Rayburns are not meant to be taken apart!  One of the chimney lining people who came to quote us offerered to get a few lads over to move the cooker from the curbside to the kitchen – at extra cost of course! It may be worth asking yours.

So e-bay will probably end up costing more, but there is more protection. You still need to ask a lot of questions. Always ask if the boiler leaks and if they don’t know, don’t touch it. There was also a seller advertising a year-old Rayburn Nouvelle last week. I asked them politely to confirm the model because Nouvelles went out of production several years ago more than one. Mysteriously, the advert was taken down. I really did a lot of research and it has proven useful – you really need to know as much, if not more about Rayburns as the person you’re buying from.

Most of the information you need is actually on the official Rayburn website www.rayburn-web.co.uk and click on the useful information link, which tells you everything about all models throughout history; which really helps. Be aware though, that sometimes the btu ratings aren’t comparible, because a few years ago they were allowed to change from a 4 hour solid fuel reloading time, to a 2 hour reloading time. I’m about to tell you something that took me ages to work out: The Rayburn Royal became the 200S and 212S.  These didn’t give enough btus, so I quickly stopped looking into these and don’t know so much about them. The Rayburn Supreme became the Nouvelle, which became the 355M which became the SFW (which is currently in production) which was improved for wood only and called the 345W.  The past supreme right to the sfw and 345w are basically all the same, with the same output, and are the models with the highest output, so the ones we were looking at. They are rated at 55,000 btu for solid fuel (about 12 radiators) and 35,000 btu for wood (about 8 radiators – though I’ve had advice from a few people that they will do more than that.)

We chose the 345W, so I began to look around for the best prices. 90% of stockists have the same price. The best price is at Aga-twyford as they only charge 5% VAT despite the fact that they weren’t installing it (the government initiative for an eco-friendly thing; but it has to be installed by the same people you’re buying it from). The next best price is from Harridge Stoves, which by coincidence happens to have a branch just up the road. Aga-Twyford was too far away to qualify for free delivery, which added £100, and they would only drop it off at curbside. However, Harridge Stoves is free delivery – normally curbside – but because we were local they’d do their best to get it into position in the kitchen. We liked the idea of a 2 minute drive up the road if there are any problems, so we went with them. Now, I just can’t wait till it comes!

Sorry if I am about to dampen your purchase but after 4 years from new and constant care our Multi-fuel Rayburn it is shedding a large area of its enamel paint for no obvious reason.The company apparently is having numerous similar problems with other customers (I was informed by our supplier) with legal action pending!
The company were very unhelpful and basically told either pay up a £141 + vat to enable THEIR inspector to visit to inspect it or go take a running jump!
What a company ! I certainly will not recommend their products to any one in our community in the future.
I advise anyone interested to seek an alternative stove.

I’m sorry you’ve had this trouble. Perhaps we’ve been lucky as the enamel on ours is fine.