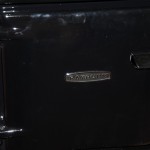 I actually threw off the second duvet during the night! And I slept without bed-socks for the first time in months. (I really am too young to be wearing bed-socks anyway. Aren’t I?)

Although the radiator was stone cold on Saturday morning, it was still warm in the bedroom. I actually cleaned my teeth in my nightdress. My usual routine has been to get as many layers on as fast as possible in front of the fan heater, within seconds of emerging, teeth chattering, from the bed. In addition; still only in nightdress and mismatched slippers (all shoes had been shoved to one side and then hidden under clothes in order for the plumbers to get under the floor boards in the dressing room) I went downstairs about 10am to see if the ‘banking down’ had been successful. Well; there were no flames and one of the logs hadn’t burned, but after Chris fiddled with it, there were embers hot enough to light newspaper without matches. He got it going again fairly quickly, and then filled it up with wood again.

On reading the instructions again, we agreed that although most of the time it tells you to open the spinwheel, in the introduction, it definitely says to close it for central heating, and open it for cooking. We wondered whether this was why it got cooler the previous evening. So this time, we closed it completely. This didn’t work at all. I went out for 45 minutes and when I got back the wood hadn’t burned and the flames had almost died. I decided to try opening up the spinwheel a little again, and seeing whether that would work. Well, it did, but gradually. The radiators didn’t get past warm. When I decided to try cooking in the oven, I opened the spin wheel completely. Immediately the whole system got hotter and I was feeding it with wood faster. The heat even reached ‘roast again by 5pm. The radiators became hot – except for my study – until we turned the pump setting to 2, and then the heat reached the radiator in there within 5 minutes.

Chris’s breaded chicken was done in 20 minutes – the same time as stated for a normal oven on the packet! So actually, they were over-done by the time I took them out. His toast took seconds on the hot side of the hotplate – too quick really – the bread was still too soft on the inside and he likes his done to crispy all through. So next time I’ll do it on the simmer side.

My jacket potato was ready in 40 minutes – a lot sooner than I was ready for – so I moved it to the warming oven and left it there for about half an hour more. I can tell you , it tasted absolutely divine. I’m a bit of a jacket potato addict (I think I’m starting to look a bit like one too), but have been content with microwave ones. Occasionally we wrap them in foil and cook on the open fire – but they’re always under or over done. I have never tasted a jacket potato as nice as this one I swear! I can’t wait till the next one now!

After cooking I turned the spinwheel down, to within a couple of turns open. After that, the heat in the cooker stayed at ‘Roast’ and all the radiators stayed hot, but I was needing to put in far less wood. That was a bit of a relief! We used 4 Ikea bags full for the whole day; plus a bit more for banking down over night.

The beginning of a Rayburn diary