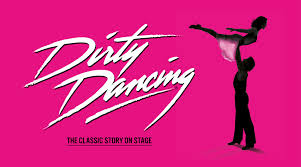 I took Rain and Jude to watch the matinee at Bristol Hippodrome yesterday and we loved it! Here’s my full review:

To be honest, I didn’t think much of the first half at all and I was beginning to think I’d wasted quite a lot of money (£150 for the three of us). I don’t know quite what it was – the actors seemed to be trying to remember their lines; or maybe there wasn’t enough dialogue; and the scenes really didn’t flow well from one to the next. I’ve seen the tours of Fame and Grease, and they both, whilst using much of the film, really wrote their own script (the characters in Fame didn’t even have the same names as in the film), however, this show was basically using the film script word for word. I think they needed to adapt it more to suit the stage really. We watched the film on Tuesday evening and realised that half of it is montages to music! This is not easy to portray on a stage, trying to move the setting from one to another and back again regularly. Hats off to the stage design team though – they really did well. I loved the way Baby did the bit on the bridge and the whole thing turned right round. The days of the week flashing up in the background helped show the passage of time, and that was enough – Baby didn’t have to keep altering her outfit and walking round the back of the curtain. It just looked bitty. The most impressive bit of scenery was the clever lighting for the bit where they practice the lifts – first in the field, and then in the water. That was really clever.

The second half really picked up. Between the scenes you’d often have members of the chorus doing things like leapfrog or a sack race across the stage, and that worked much better – I don’t know why they didn’t do more of that in the first half really. The actors seemed to get in the swing of things more too, though Johnny’s character annoyed me. Yes, he could dance, and yes, he could do the expressions Patrick Swayze did in the film, but his acting was so wooden you could have carved uptight into it. I’m looking at the programme and I wish you could recognise the pictures of the actors to their characters on stage better. I do wonder whether he was played by an understudy, which would perhaps explain it. Emma Holt’s Baby was great (apart from when she turned to the audience and waaaaay over-acted “I carried a watermelon?” Charlotte Gooch as Penny stood out at the best of them all – she was fantastic. So was Thomas Aldridge as Billy – his singing was great too. Members of the chorus sang some of the songs live, which I loved – especially for Time of my Life at the end. However, the song by the character Mr Schumacher was just a bit odd and out-of-place.

There were a few elements that were new in the show. They picked up on the political aspects that are hinted at in the film and took it further – fighting racism mainly. It explained the ‘freedom run’ that I never understood in the film – that Neil wants to do in the autumn – however, there was a weird bonfire scene that I didn’t really get why it was there.

I couldn’t help but feel that this is not the best stage show in the world, but they get away with it because of the audience’s general love and passion for the film. At the end of the show – which was a pretty long 2 1/2 hours (including 20m interval), you were still left feeling on a high. The song; the amazing lift; the dancing – it was all fantastic. If you can afford it, then I’d recommend it. If you can only afford one show a year – like us – then go if you are a fan of the film, because you will definitely enjoy it. If you’re indifferent about the film, then see something else.

The Many Expressions of our dog, Ziggy.

Monarch Airways and The Dibb

I LOVE the film Dirty Dancing, and would love to go see the musical. Shame it’s no-where near me though, so I’ll just have to hope it comes this way soon! 🙂