3 Days in New York, Day 2. The story of the photographs 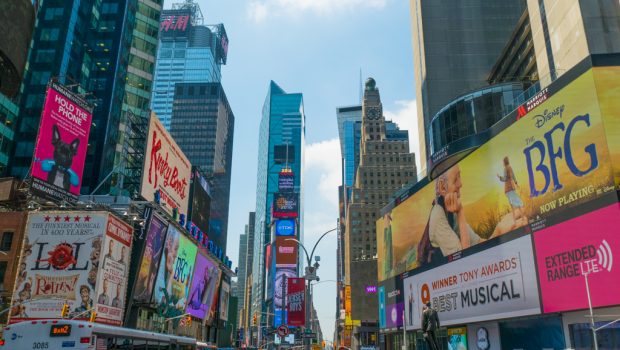 This is the second post about an amazing trip we had to America last summer and I’m still catching up with blog posts about our travels! If you haven’t seen it yet, Day 1 is here! As before, if you have any questions, please ask in the comments below, as although I’ll talk you through our day, this will mainly be a photography post… 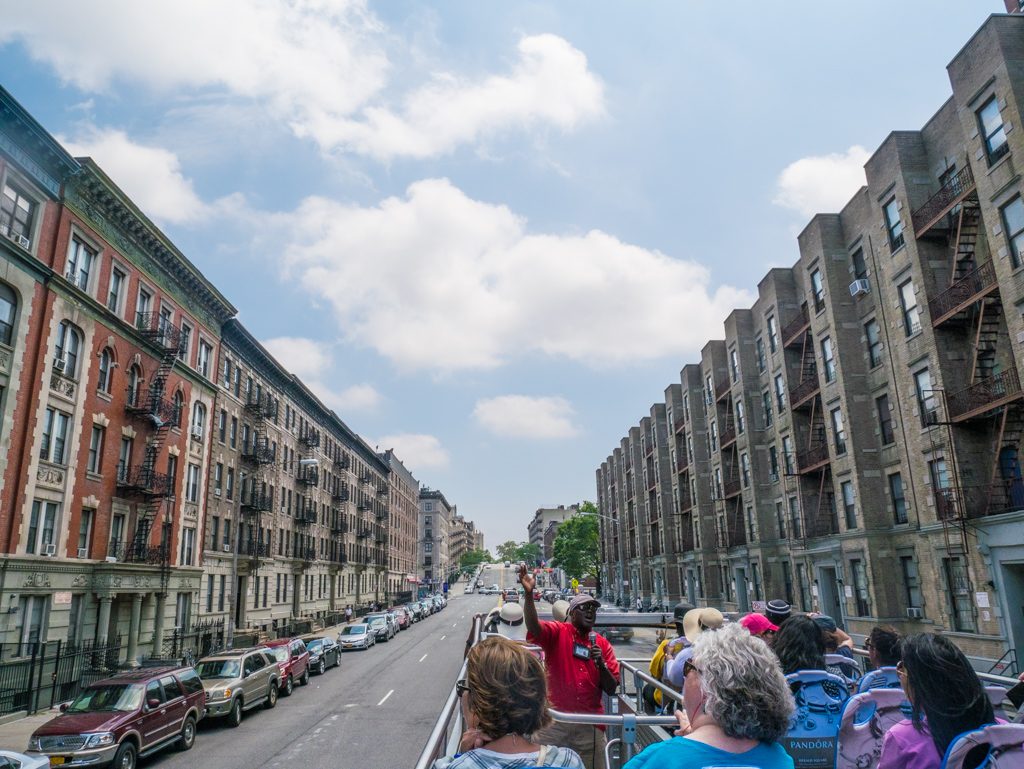 We started off in Times Square (above) with the intention of buying discounted theatre tickets from the booth there. However it turned out it didn’t open till midday (or something like that – don’t trust me exactly on that!) so we sat on some seats and took in the sights so that we could at least say we’ve been there once! We then hopped onto another open-top bus tour and this one did a Northern city route and took us around the less touristy areas and more residential ones. Although we enjoyed it, and had a funny guide who entertained us the whole time; if you’re going to miss out any of the routes; this was probably the one to skip! I felt like we saw much more of New York that we would never have otherwise seen, but it just wasn’t as interesting as Downtown or Southern areas. However, it was a good tour for seeing where Madonna, Yoko Ono and other celebrities live. All of the tour guides enjoyed telling us how much it costs to live in New York and  how everyone is being forced to move out so I felt like pointing out it’s just the same in London (but I didn’t!) 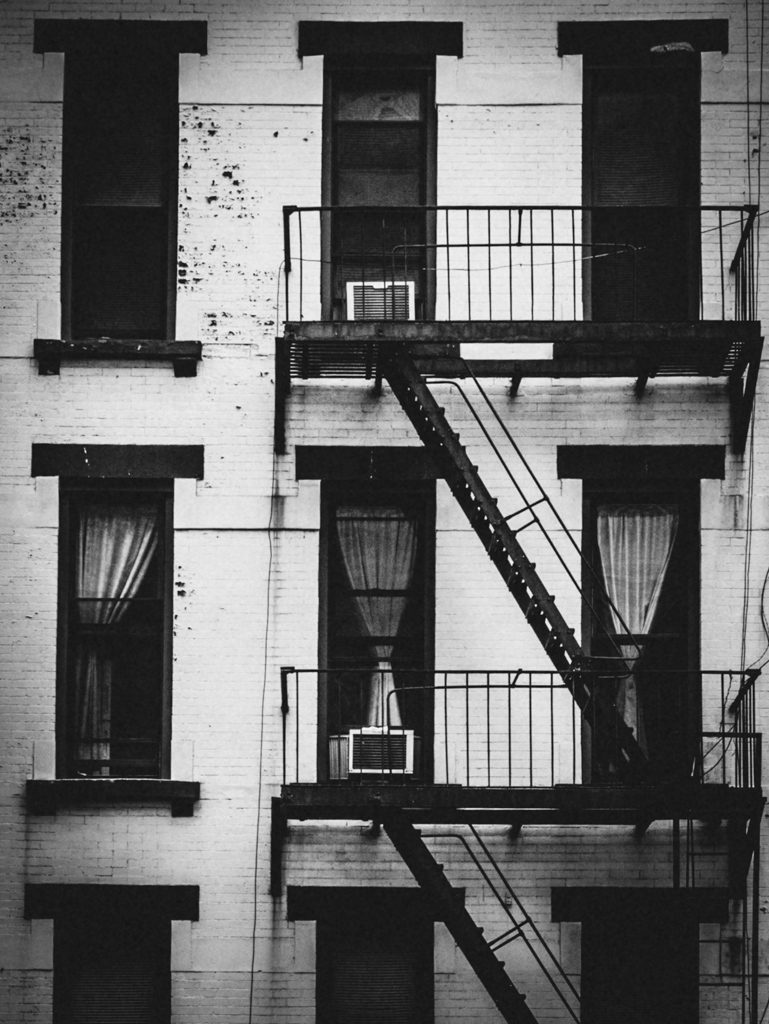 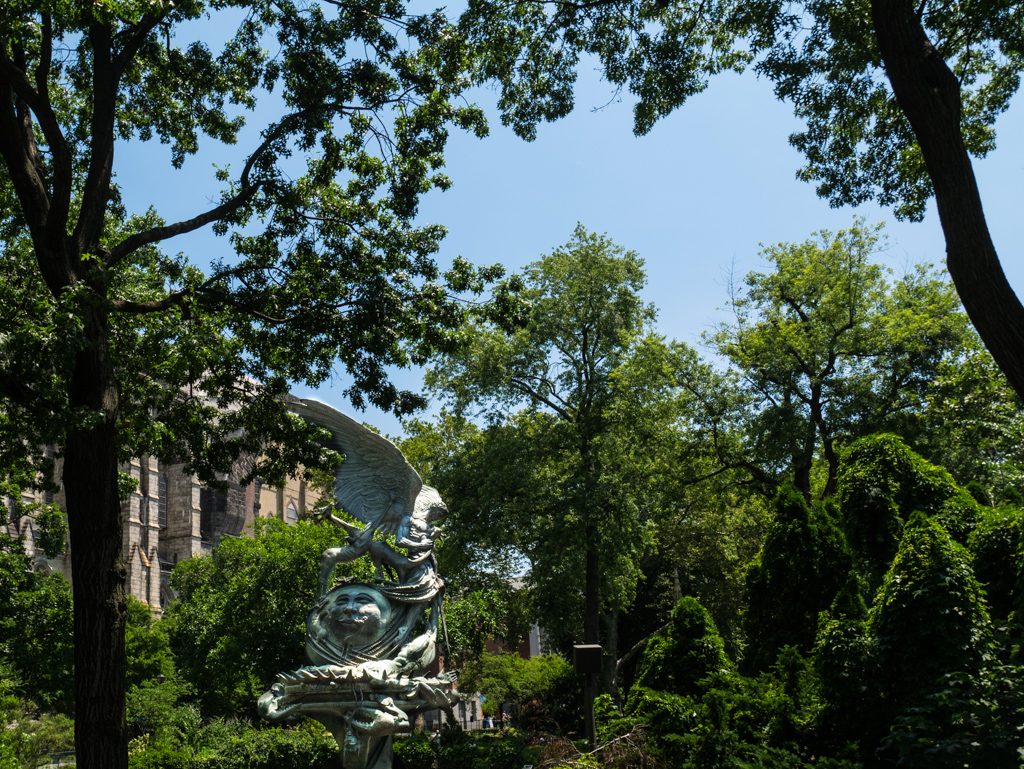 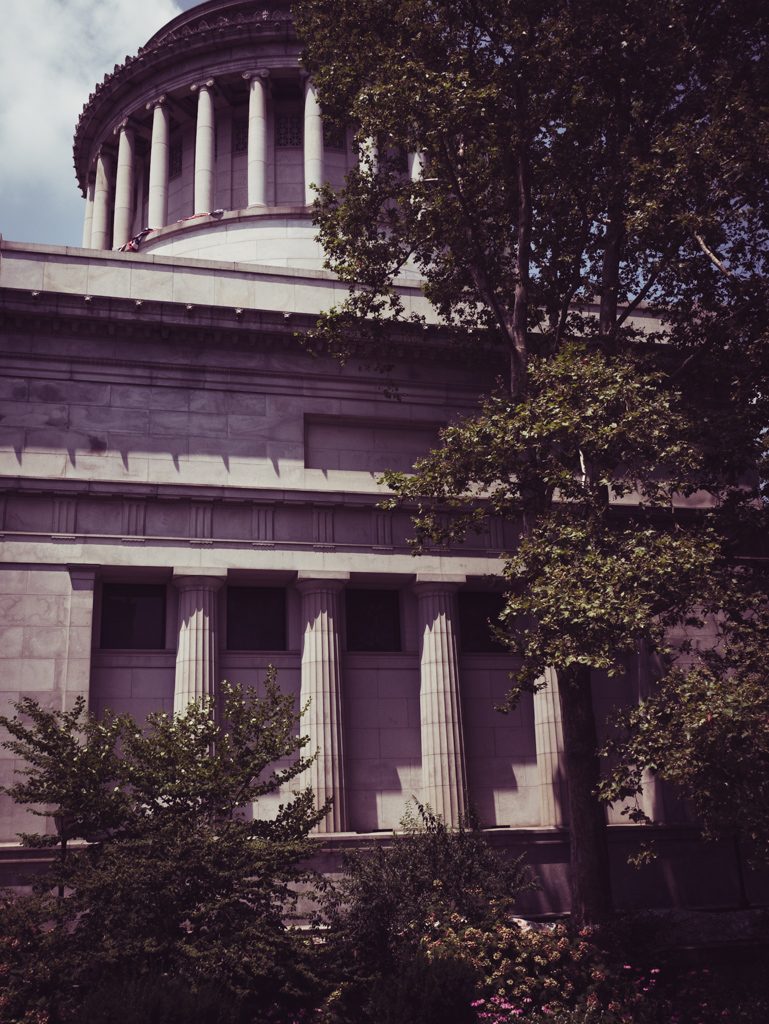 We got off the bus at the Natural History museum and found our way from there to Central Park. 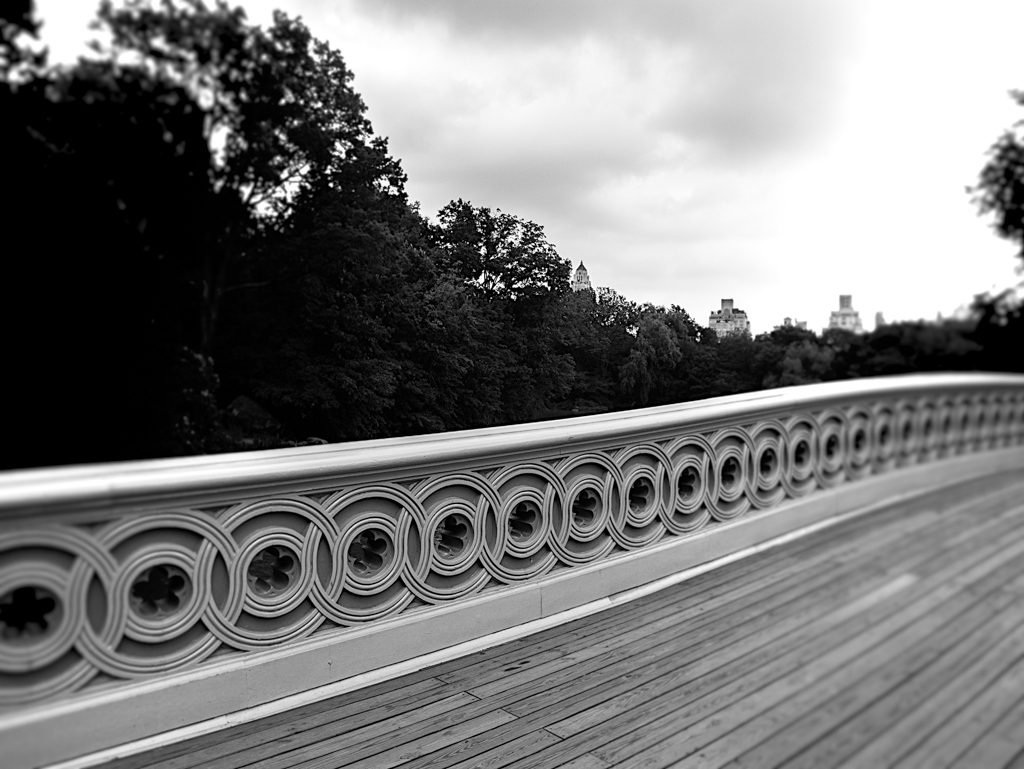 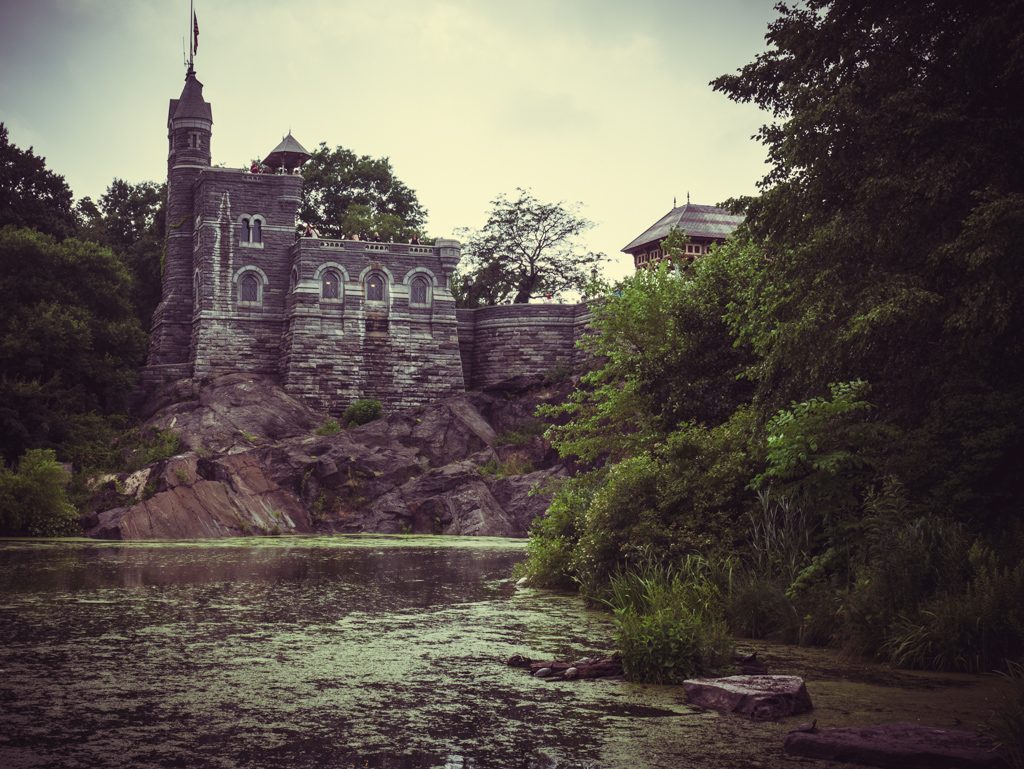 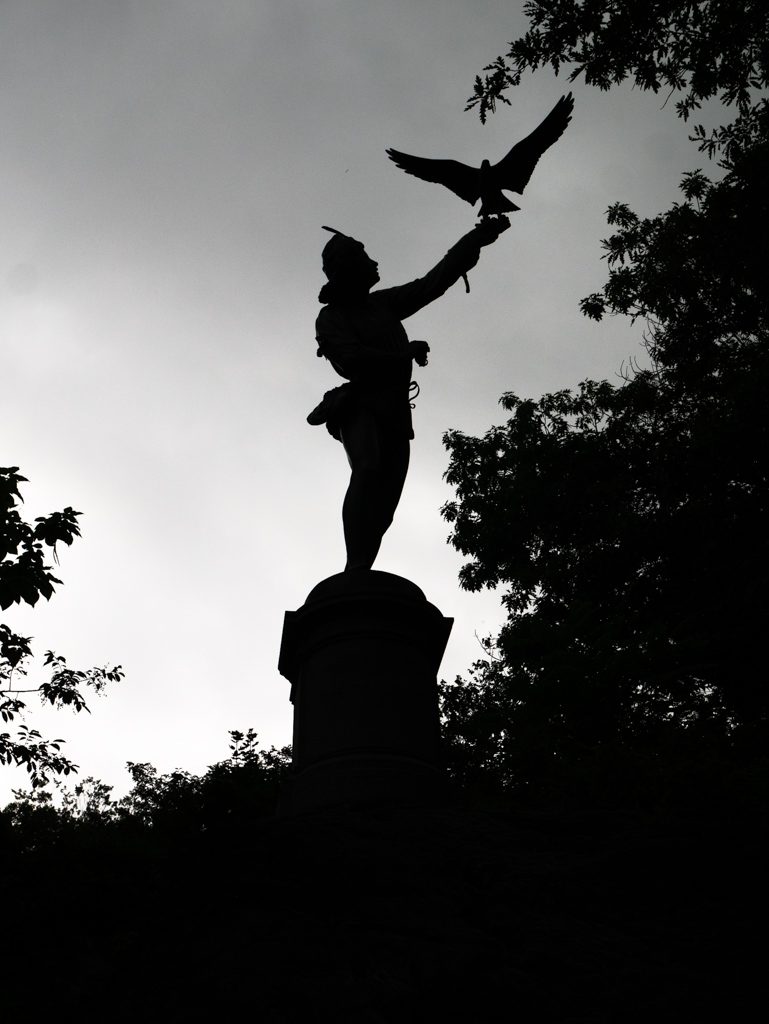 We would’ve liked to hire bikes to look around, but we’d entered Central Park at the wrong end to do that. So we sat for a while in the shade with an ice lolly and then had a relaxing explore, dosing off for a while on the grass by a lake. I wish we’d had more time and less feet pain to look around more, but although we covered a fair way, it wasn’t even half. Central Park is much much bigger than I realised!

Then we got an Uber back to somewhere near the Rockefella centre to look for somewhere to eat before we went to the top for sunset. This is not the most affordable area to eat and everywhere we found was out of our price-range. We followed directions from someone with a pile of leaflets for a cafe and ended up walking quite a distance till we found it. The meals didn’t really take our fancy, so we had a cake each to keep us going and it was nice to see a place that seemed more for the real locals.

We didn’t pick the best day to go to the Top of the Rock for sunset. It was pouring with rain when we got there! This was our only chance though, so we took the risk, and although it was quite cloudy and murky to begin with, it cleared a bit and the colours were good even if we didn’t see the sun go down over New York. We were up there for ages as we hung around waiting for all the city lights to come on. I took a million photos, but have narrowed it down to two to show you of earlier in the evening, and then about ten at night. 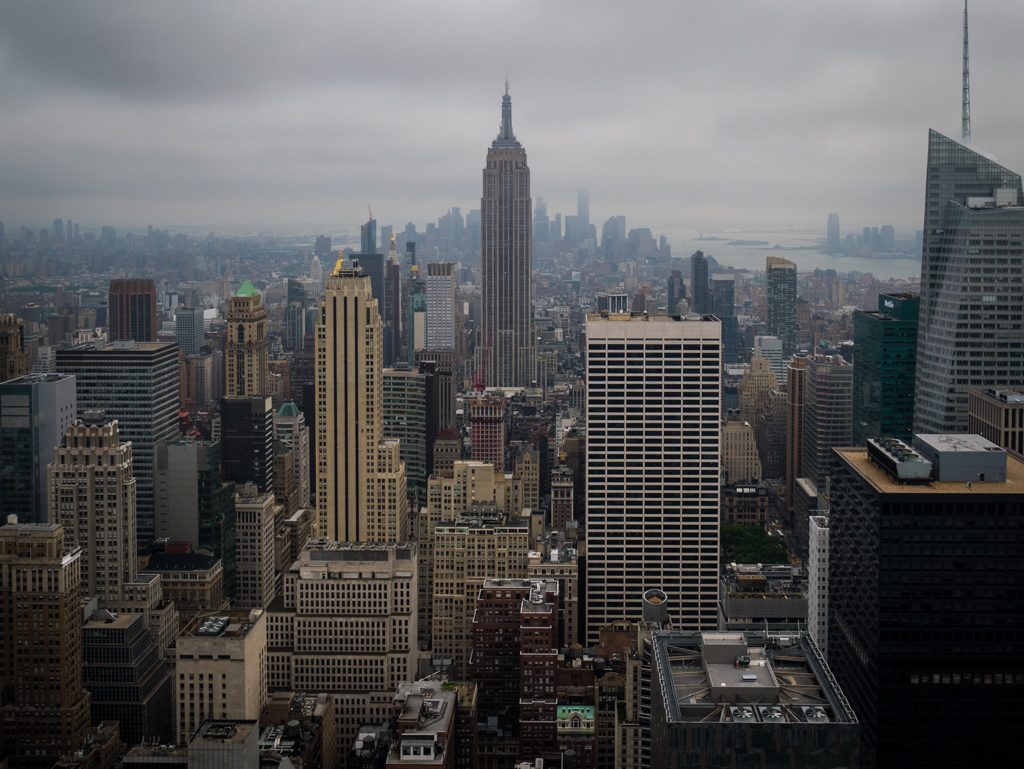 From the Top of the Rock 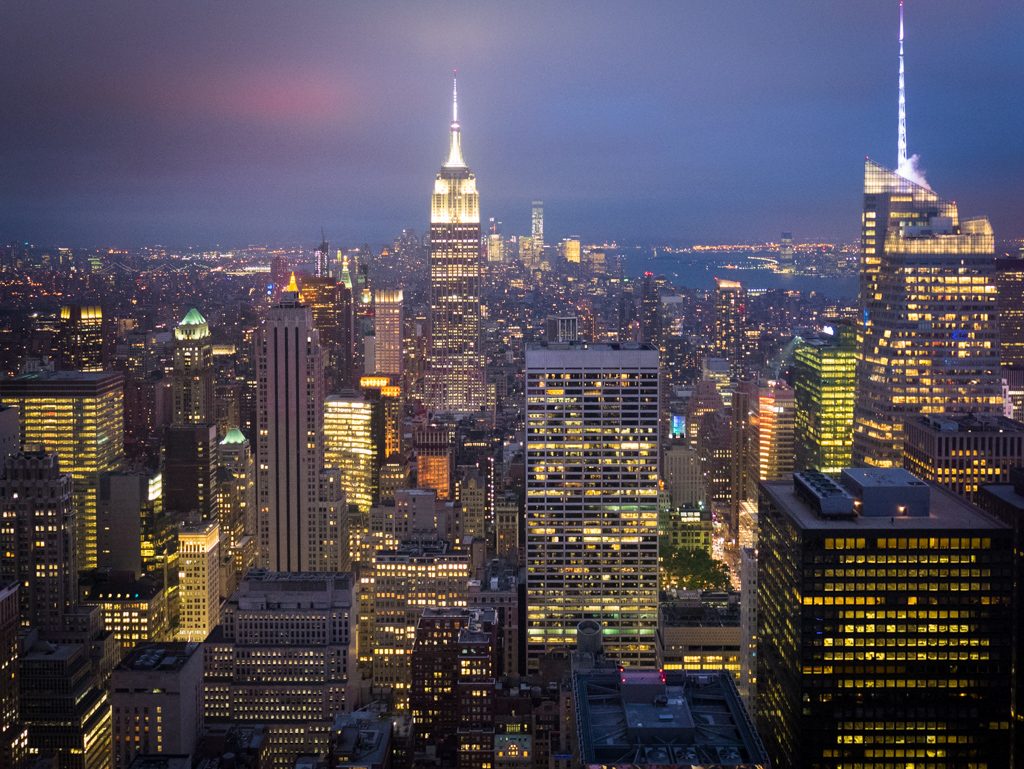 Even on a rainy day it was crowded and very difficult to get a good spot for photos right at the top of the Rockefella Centre (particularly if you wanted a ledge for long exposures). However it’s an experience without a doubt not to be missed and I’d say number one of my Must-do list of your trip to New York.

So it wasn’t quite as packed as Day one, but it was so hot, I don’t think we could’ve managed any more. Day three coming soon!