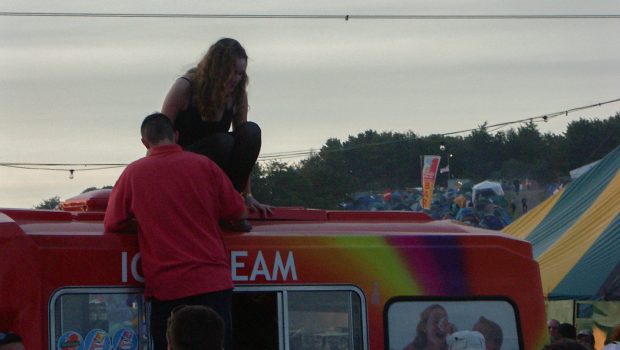 Friday evening, Pyramid Stage, Glastonbury 2004
There’s always one band at Glastonbury who all the television presenters and journalists go on about how good they are, just because they are cool. This year it was Kings of Leon. They started off good, but pretty soon they were just plain boring and I only hung around to watch all of it because there was nothing else to do and we needed to be there for the next band. Even the beautiful sunset couldn’t rescue the dull, similar songs, and I wasn’t the only one who sat on the ground for most of their set. This is a classic case of wanting to like someone, but at the end of the day, it was crap and the tv people should admit that too!