Well, after a 7 hour queue to get out of West 20 car park, and slow start to our journey home, we eventually got home from Glastonbury at midnight last night. Had a lovely shower and pleased to see my tan is indeed a tan and not just a layer of mud :o)

Ah this was a good year for me and I enjoyed it a lot more than last actually. I think I went along with a more relaxed attitude right from the start – and I made sure I had a good night’s sleep before leaving this time. No doubt the papers were full of pictures of floods and mud. I feel so so sorry for those who were washed away. I didn’t believe it was that bad until I took a walk along the old railway track and saw the tide-marks right at the top of the tents at the bottom of Pennards Hill. It was astonishingly bad.
Luckily for us, as nearly all the gang we usually go with weren’t coming this year, we chose to camp in the Family camping field on the hill for the first time. I’d just like to say it was lovely up there and I really would recommend it for families, it’s so much quieter, tidier and the loos are cleaner. It was a great spot to be in.
We got there at about 1:30pm on Wednesday and had to carry our stuff for miles in the blistering heat, which wasn’t good. I was knackered for the week already! Anyway, we had a nice relaxing Thursday and I got most of my clothes shopping done, which was great fun!
Friday morning Chris had to jump up early to shut the tent windows as the water was coming in, and as his army boots fell apart at last year’s festival, he thought he’d better go out and get some new ones quick before they all sold out. But I was lucky and managed to get to the loo in the gap of rain between the 2 hours long thunderstorms. I have honestly never in my life witnessed a longer or more ferocious storm. It was constant lightening and thunder for about 7 hours! Like I said we were lucky. The water did start to come up through the ground sheet of the tent where we were sitting, so we had to sit on lilos with plastic bags under them. And we had to make sure the inner ground sheet was lifted up otherwise the water pouring down the hill would start to pour through the tent. And I think this was as bad as it got for the majority of people. Honestly, this is nothing in comparison to ’97 and ’98, and at least it got the rain over and done with. I’d rather a sudden emergency than constant miserable rain the whole time.
Anyway, I’m meant to be doing a review of the festival, not the weather. I am going to be bold and say the line-up for Glastonbury 2005 was poor. It has been getting steadily worse since I started going exactly 10 years ago. Yes, there were loads of bands that may have had one chart single and play loads of gigs, and I know that many people thought the line-up was brilliant. But let’s be honest; these people are proper music lovers who go to see the bands and buy the music magazines, but when I say to my friends (who aren’t that old at all) that The Killers, The Thrills, The Zutons, Doves, Ash, The Coral, Keane, Primal Scream and Basement Jaxx are playing, they may have vaguely heard of them, but certainly wouldn’t be able to name any songs; and this is all on the Pyramid Stage. Coldplay, Garbage and The White Stripes are the only ones that get a flicker of recognition. There was not one single band on the Other Stage that I bothered going to see this year. In the 90’s I was constantly trying to get from one stage to the other to try and see all the bands I wanted to see, and getting annoyed at the clashes, but that just doesn’t happen any more. When I can only afford one festival a year, and for other reasons, I already know it’s going to be Glastonbury, it really would be nice if we had some decent well known bands playing again.
I walked through the new Dance Village on Saturday and it looked really good. From hearing people talking I think it was a big success and dance lovers needn’t have ventured anywhere else the whole time!
So this year my Glastonbury was spent mainly in the theatre and circus areas; the green fields and the Kidz field. I’ll be reviewing the bands I did see in the music review section; and other acts and bits and pieces under Other stuff. Oh there’s so much more to say but I need to catch up on some sleep.
As usual the atmosphere was wonderful and the sights and smells and sounds all make you wish you could be there all year round. I will miss it so much next year.

Ps. If you want reminding of the fun, please buy my book, Be In The Place! 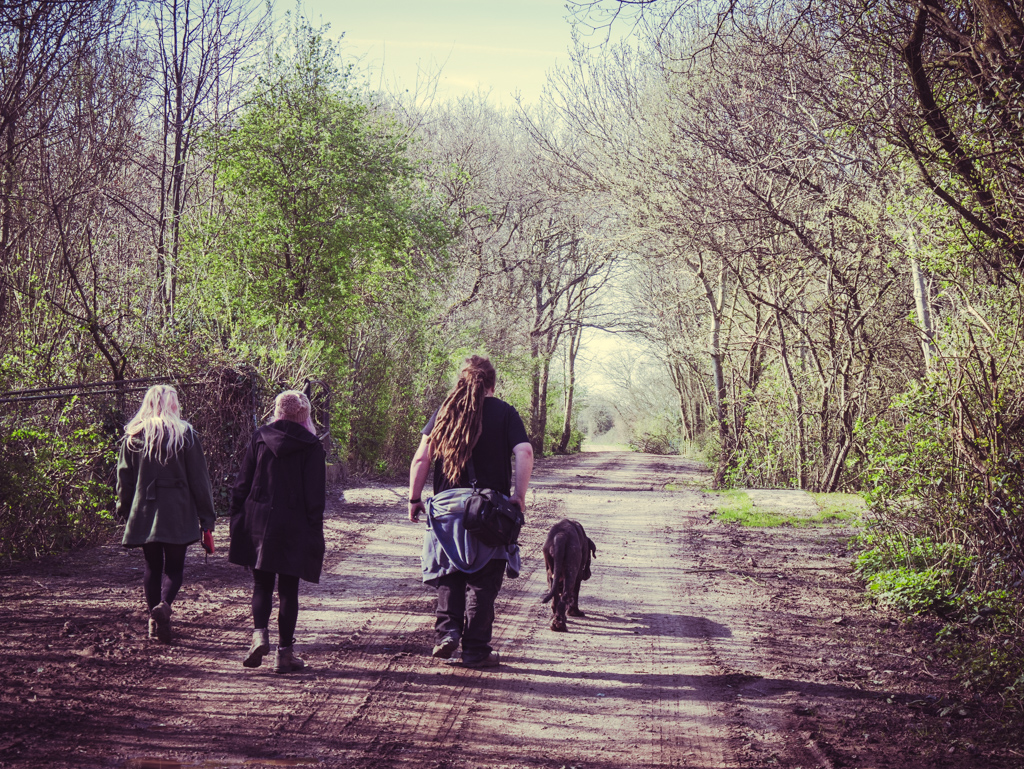 A walk around the Glastonbury Festival site – the story of the photographs
Considering Glastonbury Festival is a hop skip and a jump away from us in Pilton, I’m surprised we don’t go for a wander around the site more often. I’m guessing it’s the long uphill walk back to the villagers’ gate that puts us off! Anyway, on Mothering Sunday the rest of the family didn’t really have a choice in the matter, and as it was a bright sunshiny day, I thought I’d drag them off on a walk….