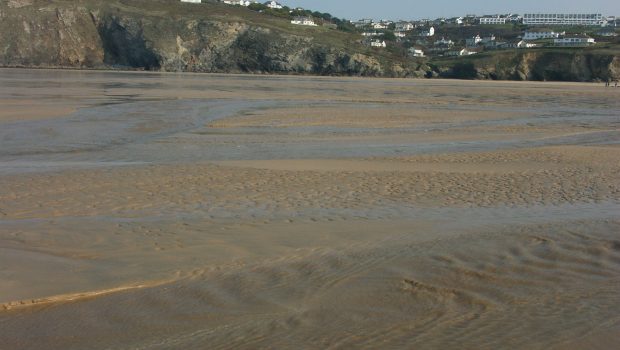 It is probably difficult to choose an estate agent, so here’s my experiences from a buyers point-of-view. Some of these will only be relevant for the Newquay to Truro areas.

Goundry Pearce. No problem; in fact I’d probably recommend them. They’ve sent plenty of houses to us and got us to look round places that weren’t even entirely to our requirements; kept us updated as soon as new houses came on the market and followed each appointment with a phone call. Good website as well.

Miller Countrywide. Better quality details sent out than the others. Regularly updated e-mails with new properties and older ones that weren’t selling. Plus phone calls. Just didn’t know enough about the house they were selling eg. whether the fire-place was working and how old the property was.

Newquay Property Centre. We were shown around by owners, so never met face to face. They did send plenty of details through the post and we did get a follow up call after the visit. Haven’t been kept continually up to date since though.

Kimberley’s. The worst estate agent we dealt with by far. After registering with them, I still saw properties on Right Move that they hadn’t sent details for, so I had to phone and ask. The details of one property was inaccurate in that it didn’t mention the gable wall was coming off the rest of the house – though they did tell me on the phone when I rang to make the appointment. In fact they stressed so much about how bad the house was, I changed my mind and didn’t even make an appointment. Later, I decided it was worth a look anyway. When we looked round, the agent said it had had a detailed survey and costings done by a previous potential buyer who pulled out. When we asked he said he could contact them and ask if they would sell us the report and that he’s phone back to let us know. He never phoned back; and when I spoke to 2 different people in the office I got different answers and knew I was being lied to.
I also gave the agent our mobile number and dates of how long we were in Cornwall for and asked him to contact us if anything came up while we were there. We had to read in the local paper later in the week of two ideal new properties and we weren’t called by them.
We had another appointment with them and the agent told us the house was over-priced, but the owner didn’t want to lower it. Not a great sales technique really. And neither appointments were followed up with a phone call.
I wouldn’t sell with them if I were you.

Start & Co. We made no appointments with them, but the sales details are very good quality and they’ve kept me updated.

Stratton Creber. Again, no appointments with them, and weren’t brilliant at sending out details; but I was on their website a lot as they did seem to get the most new properties on their books.

Webbers. Good quality details and the agent did his best to sell a 5 bed house with a garden too small to fit my whirligig washing line. Not had many details from them though, and no phone calls.

Well that’s for ones we’ve had experience of. Hope it helps!

A review of Agatha Christie’s play, Witness for the Prosecution, at County Hall, London
It was my birthday last week. And it was a big one. The kind with a zero. The weekend afterwards I celebrated with my family (which was lovely – look out for the vlog coming soon!) and I’m in the process of organising a day my friends are free at the same time to celebrate with them (I am determined to milk this for as long as possible!), but for my actual birthday day, I wanted to do something special. All the time the kids were young, I hardly bothered celebrating my birthday, but although we have had a couple of days out in more recent years, this time I really wanted to make it count. So, I went online to see what theatre productions are on in London at the moment. I’ll be honest, I wavered and nearly didn’t bother with the whole idea because my god, it’s expensive isn’t it? And why can’t they tell you the price of tickets until after you’ve given half your personal details, chosen the date and studied the seating plan?! We were also limited by the type of thing we’d all be interested in. Something we’d all love is of course The Cursed Child by J.K. Rowling, but at £1160 for the four of us to see both parts that day, we decided our Harry Potter fan-ship can be shown with Primark mugs and slippers (that wear through in 3 weeks) instead! However, something else we all enjoy watching on the telly together is Agatha Christie adaptations, and when I found out that Witness for the Prosecution was being played in an actual courtroom, that tipped the balance over Mousetrap (which I’m pretty hopeful will still be on for my 50th birthday!) and I booked the tickets….