The Comedy Box at the Hen & Chicken in Bristol 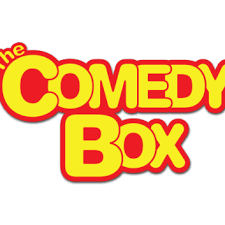 It’s quite difficult finding family outings that two teenagers also enjoy going on. They have recently started watching some of the comedy panel shows with us, so when Chris found that Katherine Ryan and Chris Stokes, compered by John Robins, were performing in Bristol at £10 a ticket, we thought we’d treat ourselves to a night out…

The show started at 8:45pm, and we went in at 8:15, which was exactly the right time as they filled up seats in the room from front to back, and we were on the second row. Perfect. We did not want to be chatted to by the comedians, but we still had a good view of the stage! And the front row were picked on a lot by all three acts; which is funny, as long as it’s not us!

The venue had a friendly atmosphere, the seats were comfortable and we weren’t ripped off for buying drinks (a small glass of wine, a bottle of beer, a lemonade and diet coke were under £8).

I don’t know why Katherine Ryan wasn’t classed as the headline act. She was better known for her telly appearances, and she was funnier too. We would really have appreciated watching her for longer than she had. She was quite rude and it was a little uncomfortable sitting next to our 14 year-old at times though!

(A brief rant about her jokes that I’d already seen on telly. It’s a double edged sword for comedians – they probably want to be as funny as possible on telly so we come to see their live shows, but then they do the same jokes that we’ve already seen and they aren’t as funny the second time around. I think I may have ranted about this before when I’ve reviewed the Christmas dvds. I’m just really disappointed when it’s the same jokes. I really think that once it’s been said on Mock the Week or Eight of Ten Cats or wherever, then you need to find new material for the live shows.
Stand-up is more like a one-person theatre performance lately; completely scripted and rehearsed and practiced at the preview shows. It’s understandable that when they’re on telly they draw on material they already have, particularly when asked to talk about a particular subject on the spot, but can’t they work a little harder and maybe have one lot of jokes for live shows and another for the telly? Ok, rant over.)

Chris Stokes was very funny too, though weirdly told us that he’s criticised for being lazy by making jokes about his appearance; whilst also spending quite a lot of time making jokes about his appearance. I think we were supposed to find this ironic. (On top of the irony that the critics always criticise comedians’ appearance in their reviews.) (Incidentally it doesn’t bother me at all; it is what is expected of comedians really – the classic formula – come on stage and say something funny about the way you look.) He also dealt well with the heckler who ruined a long drawn-out joke that really spoilt it for him and us.

John Robins had the most difficult job of all by coming on first and warming up the audience. He was charming and funny and did it very well. He reminded the kids of Russell Howard.

So anyway, we had a great time and would definitely recommend seeing John Robins, Katherine Ryan or Chris Stokes if they are touring near you.