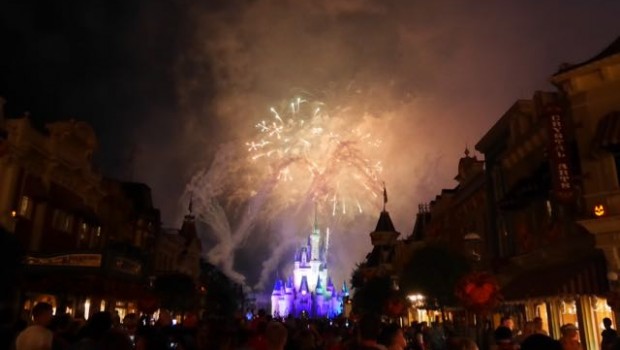 It is that time of year when people are thinking about booking their holidays, so I think this review might be useful:
When we found this deal with Ocean Florida, we wondered if it was too good to be true. Well it was! The problem is, holidays to Florida to the theme parks are soooo flipping expensive, it’s not surprising to look for the best rate possible. My advice is if you can afford to go with a better company, then do so. You get what you pay for in this case. If you can’t afford better, then there are some things you just need to be aware of before you go. Of course you may have no problems what-so-ever, but this review is based on our experience…..

Naturally, I looked up reviews of this company on The Dibb, but there weren’t very many. Those I found were a mixed bunch – most ok, and the main complaints were those from people who hadn’t realised that ‘executive’ really meant ‘standard’. Well, we booked the next one up, Executive Plus, because we needed the guaranteed wifi for Chris’s work. First of all the advice if you do choose Ocean Florida:

If you go away knowing this in advance, and are ready for it, then you will find everything much less stressful. This is what happened to us:

1. The first thing the happened when we walked into the villa late Saturday evening, was my nephew went to the toilet, only to find when flushing that the toilet was broken and it wouldn’t stop flushing – all over the floor and into the hall.
2. We discovered that though the downstairs rooms appeared to be ‘executive plus’, on closer inspection they were very shabby. There weren’t any chest of drawers without half of them being un-usable due to the handles having fallen off.
3. The upstairs bedrooms were very basic indeed and were far from Executive plus.
4. The air-conditioning wasn’t working.
5. The cleaners had left the swept dirt in a pile on the floor in the corner of the kitchen 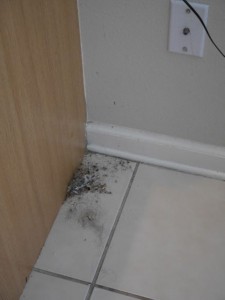 area.
6. Half the light bulbs didn’t work.
7. (and most importantly of all) There was a sign saying ‘This villa does not have wifi’.

So, as you may have guessed by now, we missed nearly a whole day of the holiday trying to sort things out. We got nowhere on the phone, so we went to the Ocean Florida office, which luckily wasn’t too far away, and tried to stress that we needed these things sorted straight away. It wouldn’t have been so bad if they admitted their mistake about the wifi and sent round a hotspot straight away, but instead, they acted like there was wifi, we were just too stupid to work it out. They even thought we might have left windows open and that’s why the air conditioning wasn’t 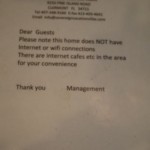 working. We eventually convinced them to send someone round. The caretaker came the next day to fix the toilet and the air conditioning (and believe me, in Florida in August, air conditioning is vital). He also told us there was no wifi in that villa. Back on the phone three more times while they tried telling us that the caretaker was wrong as well and sounded like he was about to get fired for telling us there wasn’t wifi. In the office they were as nice as anything, but still wouldn’t admit their mistake or apologise and acted like the whole thing was rather funny. When nothing had been done by lunch time, we were back on the phone. We had to get quite stroppy with them in the end. We went out for the evening, and by the time we got back, someone had brought round a hotspot so we had internet. They said some bollocks about an electrical storm blowing up the router.

While we were in the office, we overheard someone say to the lady at the desk that we had the villa that hadn’t been checked. They never did send out someone to clean the floor after. It’s not that we’re averse to a little cleaning, it’s just that there are no buckets, mops, cleaning fluid or even dish cloths provided and why the hell should we pay to buy that sort of thing? We gave up waiting and bought a packet of disinfectant wipes.

By the way, the lack of any cleaning supplies is true of all villas I think – at least it was when we stayed with a different company last time. You’re lucky to get half a loo roll.

There’s also the matter of the flights. We had no problem at all with Norwegian Airways, but when we phoned Ocean Villas to sort out where we wanted to sit, it was a hell of a hassle as they didn’t even book our flights directly – they went to another company to do that! They also didn’t tell us that we had to confirm our booking with the airline, so we ended up without children’s meals or vegetarian meals as we only worked this out for ourselves the day before we went. Luckily we did, otherwise I don’t know if we’d even have had seats on the plane at all!

So, like I said, you get what you pay for – there’s a reason Ocean Villas is cheaper than most others!