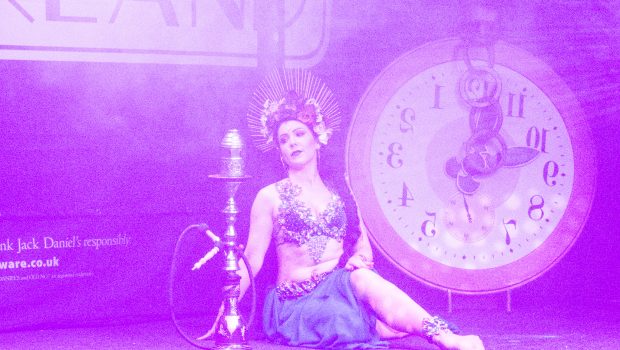 From blackberries yesterday to burlesque today! And why not? Rain didn’t really know what to do to celebrate her twenty-first birthday. She had originally planned a day of wand-making (yes really) with her two best friends, followed by films and a sleepover. Then Jude spotted this event in Bristol just a couple of days beforehand and we all decided that we’d quite like to go. So the wand-making stopped early for everyone to change into their Alice in Wonderland Costumes…. 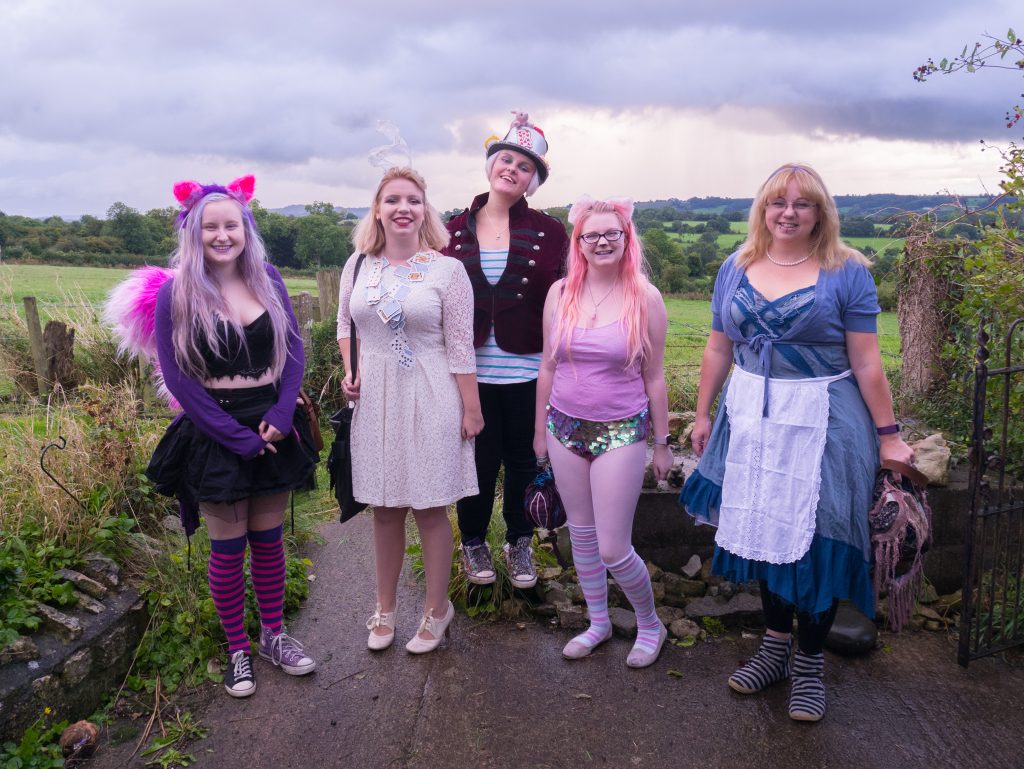 In our Alice in Wonderland costumes

Despite getting a little lost, we still arrived early enough to get a nearby parking space and each get a drink before the entertainment started an hour after it said on the ticket. (I’m sorry, but I’m old and my back hurts standing still for so long!) 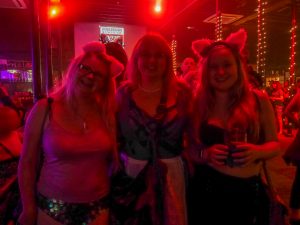 The compere was Lyra Evangelist, who quickly got into her stride, and then had the 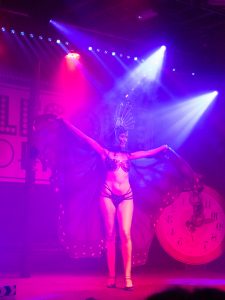 Alice through the Martini glass

audience with her all the way. To be honest, I didn’t know what to expect from the night – I hadn’t looked for more information of the event, and I haven’t been to anything like this before. I think Jude’s expectations were more along the line of the Christina Aguilera’s Burlesque film. Well it wasn’t like that! It was more a cabaret set, but with a rude Alice twist. It was a perfect balance of neither being upmarket, nor trashy.

It was a good load of fun with an atmosphere of everyone out to have an enjoyable night. We were an enthusiastic audience for the performers as we were all screaming and clapping quite a bit and were hoarse and had sore hands from all of it by the end. Also, as you might know, we are a family who take every opportunity we can to dress up, so it was nice not to be in the minority for once, as everyone had made an effort. I loved seeing all the Alice in Wonderland costumes. 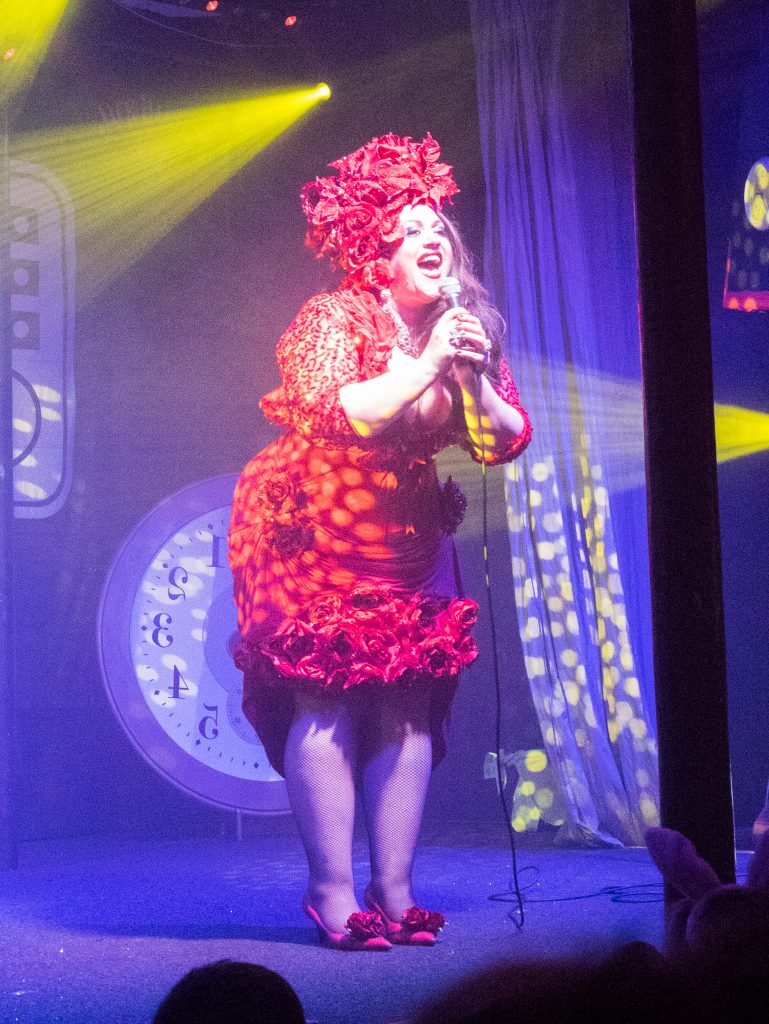 The acts were really good, although dancing was not always their strong point -it was more about the show. The key ingredient for a performer like this is exuding fun and confidence. Watching that is very uplifting and quite inspiring because the ladies almost all had wobbly bits and did not care one jot. Judging by the comments I heard around me, we were all quite in awe of that confidence. We would all be a lot happier if we just relaxed and had fun with our bodies rather than worry about them all the time. 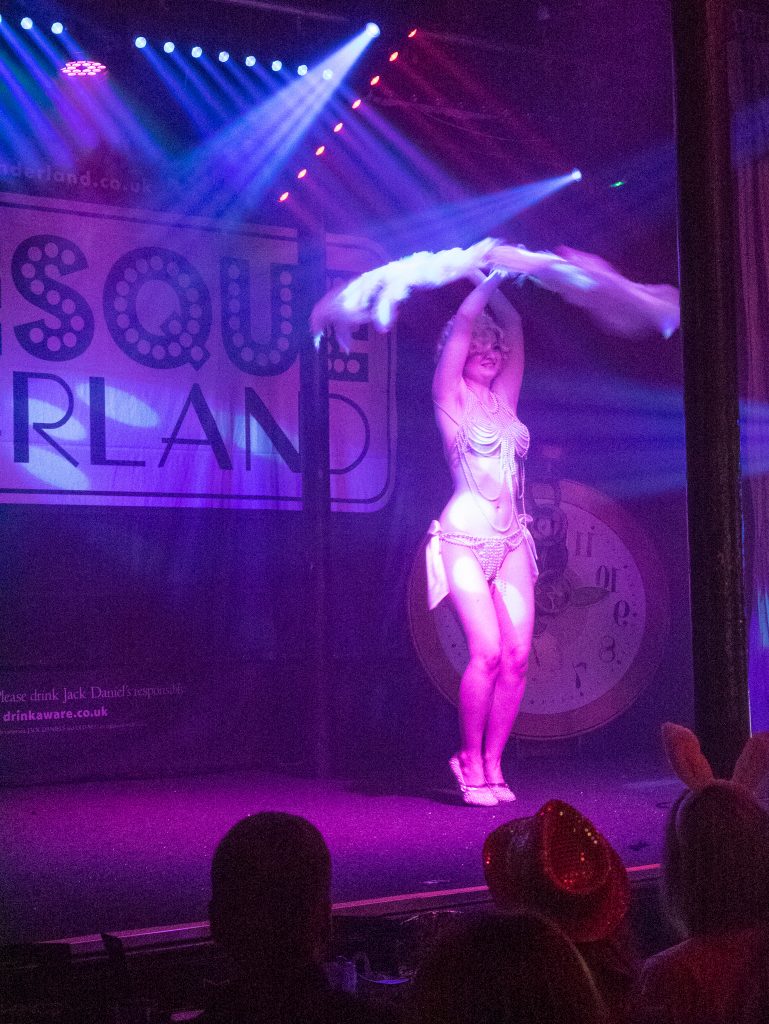 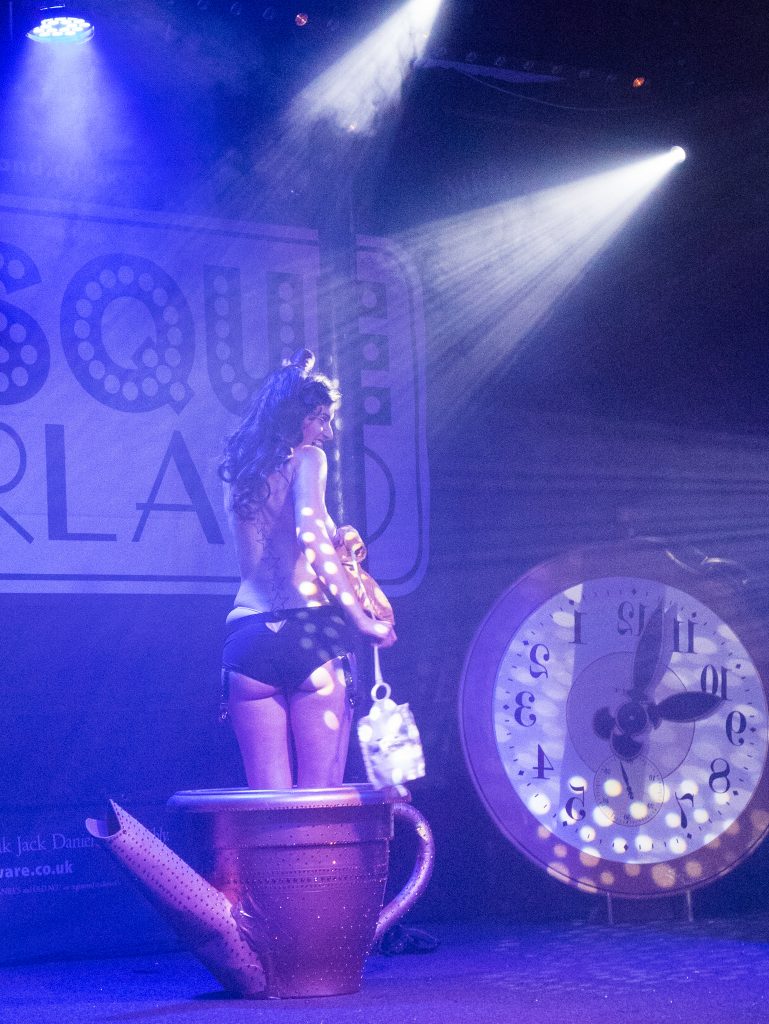 My favourites were the butterfly act by Kitty Kane, the belly dancer, Dominique V Flook, and the singer, Em Brulee, whose voice was utterly amazing. It was a great night out and I’d definitely recommend the show if you’re after an entertaining evening and fancy doing something a little bit different. They’re doing a 007 themed event at The Fleece in Bristol in January if you’d like to check out their website.

My Cornwall photo on canvas! Printed by Printerpix