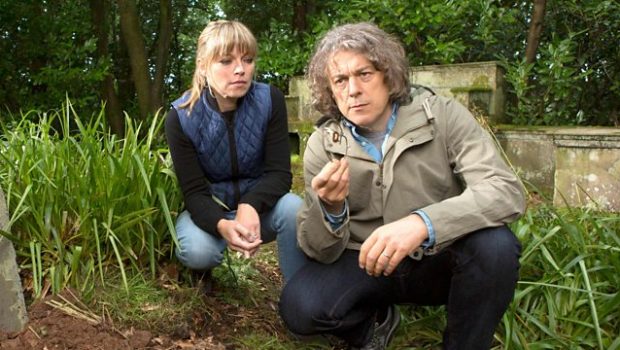 All too often I circle programmes excitedly in the Christmas double issue of the Radio Times, only to get carried away with goings on with the family and totally forget to look at it. If you’re the same, then one of the programmes you might have missed is the Christmas Special of Jonathan Creek. I don’t normally review telly, but this one was due a mention……

If you’re already a Jonathan Creek fan, then you will love this episode, but first of all I will introduce it to those who’ve never seen it before: Jonathan used to be an assistant to a magician and in charge of how all the tricks were contrived. This knowledge was useful when working out how seemingly impossible crimes took place (usually murders.) He’s had various female sidekicks throughout the years, who are usually the ones to persuade Jonathan to get involved. Now he’s married to someone who’d rather forget his past, and he’s no longer working for the magician; however he still ends up helping to solve a case. It’s the sort of programme you don’t take too seriously – police detectives and forensic pathologists barely exist in this world! 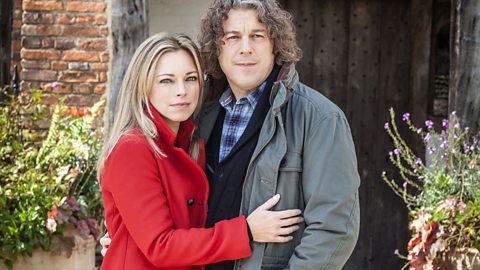 You don’t need to have watched any Jonathan Creek before to enjoy this one. Daemons’ Roost was an absolute classic and definitely up there with my top three favourite episodes! It had gothic old houses; old mysterious legends; delicate old relatives with an inheritance looming and strange disappearances. On top of that there was a released murderer from an episode a long time ago, out to get Jonathan back, and all ended up in silliness. All the references to past episodes leaves me to worry that this was the final once and for all one; however, there was a curious mention of his brother. Jonathan has never had a brother before! Has Alan Davies had enough? That would be a shame because I’ve grown to really like the dynamic with Jonathan and his wife, Polly (Sarah Alexander). She doesn’t approve of his strange past, but doesn’t seem to mind getting drawn in to help him out. However I’m expecting a new series called Colin Creek or something, with a new actor and a slightly different way of solving mysteries. We’ll just have to wait and see.

On a side-note, it was so refreshing and positive to have Warwick Davis in it without any comedy or even a mention related to his height.

Anyway, this is great entertainment and you absolutely must catch up on BBC i-player before it disappears in four days time!

Catch up on previous series:

And if you miss this on the telly, here’s the dvd of Daemons’ Roost: