How to take control of all your photographs 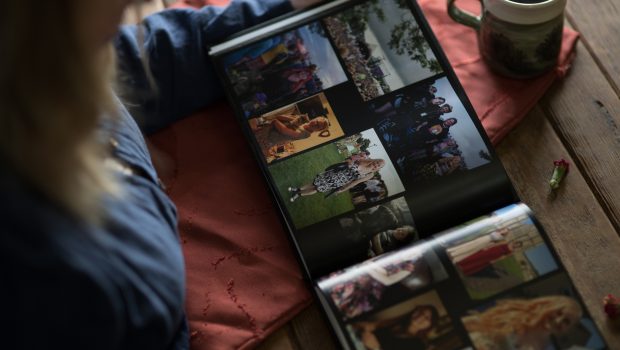 About this time last year, I worked with a company called Printerpix – it’s one of those online places that print your photos on all manner of gifts as well as your standard prints. I actually had two photo books printed by them and was very pleased with the quality and ease of use of the website. My parents recently came to stay, and I produced my most recent one for them to have a look at, and Mum asked if I had seen her Italy holiday photos yet. I hadn’t; and I knew it would mean squashing up next to her while going through all her photography files on her small laptop. It got me thinking how strange it is that in a time when we are taking more photos than we ever have done before; we’re actually getting far less printed. They remain a fleeting post on Facebook or Instagram, but are rarely printed and displayed or treasured in a large and heavy book. Has our old family tradition of passing around the photo album at Christmas or after a Sunday roast been lost?….

It seems a world away when we took our little film canisters to the chemist to be processed. Every photo we took was precious because it cost so much money to print them, and now we can snap away as much as our heart desires and memory stick will allow. It’s a great thing for photographers – I always used to be so frustrated when photo magazines advised you to bracket – you can’t afford to take photos that might be slightly underexposed just in case! The best thing about digital photography is having that freedom to take as many photos as you like and try different angles and settings without having to worry about the cost. Then we can choose from all of them any we’d like to share. 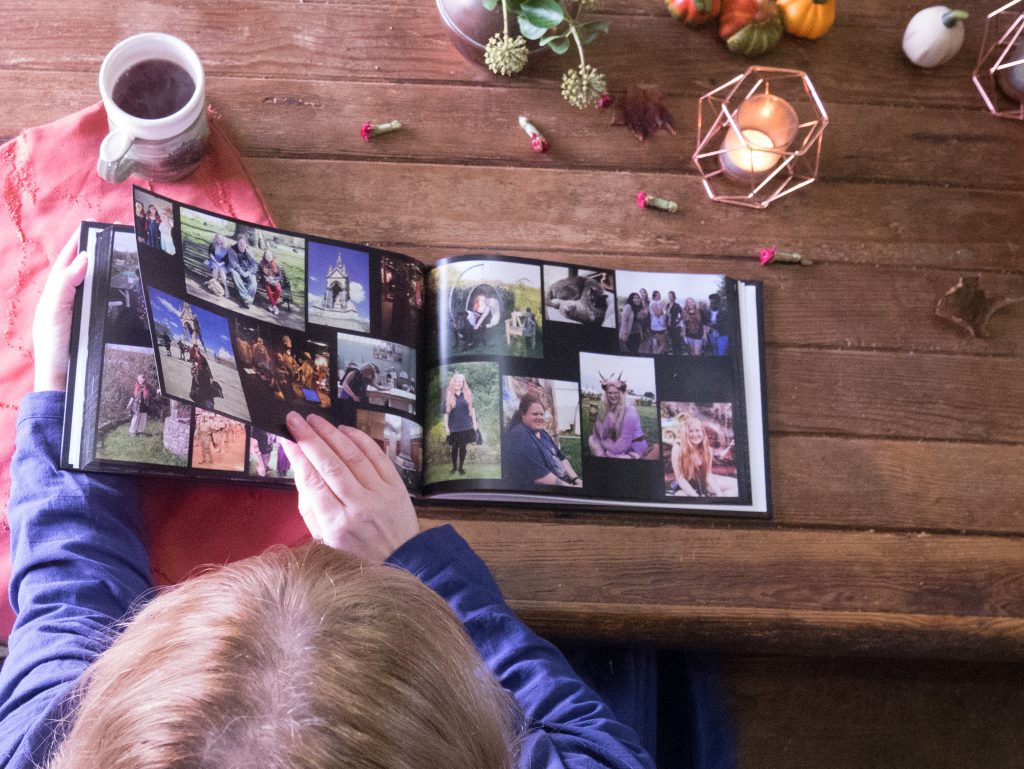 The main difference in the systems is the fact that in order to see our images, we used to have to get them printed – there was no other way! Now we can look at them on the back of the camera screen or transfer them onto our computers to see them on a bigger screen. The actual printing of the photos rarely happens any more; and that’s what I miss the most. My old-fashioned-ness is prevalent in the fact that if it isn’t a tangible physical thing, then it doesn’t feel real to me. (I write fiction in long-hand first, and the minute I’ve typed it out, I print it and do my edits on the paper again!). If the photo only exists on a memory card, or somewhere in the ether, it doesn’t feel substantial enough for me. So the photo book is the perfect thing.

How did you used to do your photo albums? I have a stack over a metre high of those extra-large ones with the film you peeled back on each page and placed your prints on the sticky card. I’d cut bits out and overlap them until they fitted, and wrote notes on tiny cut-out pieces of paper to remind future me what year it was, where I was, and who I was with. Once the layout was perfected you then had to very carefully lay the film back over, hoping you didn’t get any air bubbles or cat hairs ruining the whole thing! 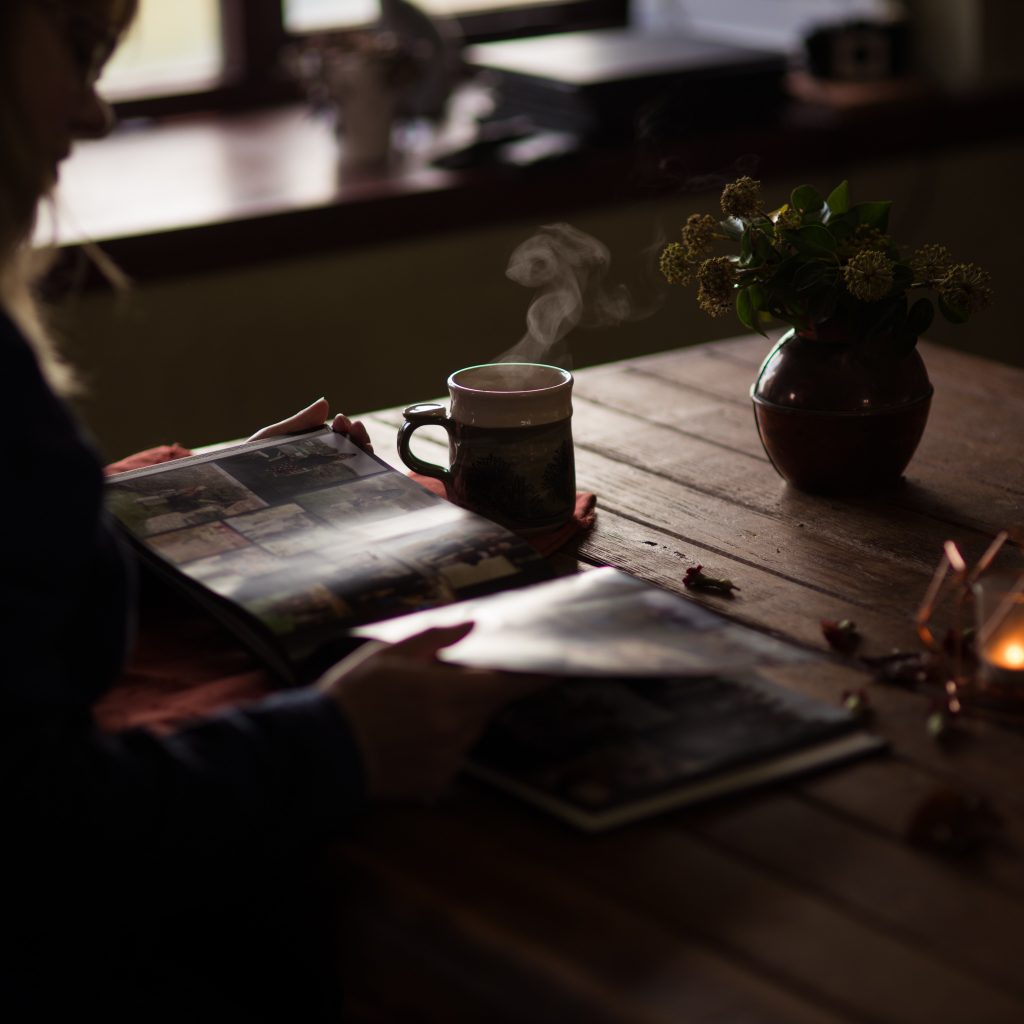 The photo book is a similar thing without the scissors or air bubbles. You can use your mouse to overlap, crop and design your pages to perfection. Unfortunately I don’t find the digital method any quicker though. Choosing which, out of the thousands of photos you recently took, gets to go in the album, takes quite a while to begin with. Then of course you have the opportunity to improve each and every one of them in Lightroom or where-ever. For these photos I try to do no more than straighten horizons and correct exposure mistakes. It is after all, still just our family album; not a showcase of our photography skills.

Due to the large number of photos, I don’t think it works out massively cheaper either. The last couple of photo-books each cost £100, and that’s for one hundred pages, which for me, covers two years’ worth of photos. Cost per photo that’s still cheaper than it used to be. (Those big albums weren’t cheap – nor were the packs of extra pages with the little posts you had to screw in.) And what tends to happen is at the beginning of the book I cram eight photos onto each page (sometimes more), and then nearer the end of the book when I realise I still have pages spare, I start to spread them out more!

It’s worth noting that not all photo-book services are made equally. The quality of the Printerpix album was just as good, if not better than the two companies I’ve used before. The darks are dark though, so do lift those shadows first if you’re not sure. However the ease of use for this company has made it one I’ll definitely return to. Others have set templates, and I can’t tell you how frustrating it is to try and get two square, two landscape and two portrait photos on the same page that were taken anywhere near the same day! Printerpix gives you the choice of templates or to do the layout entirely on your own, which is my preferred method. 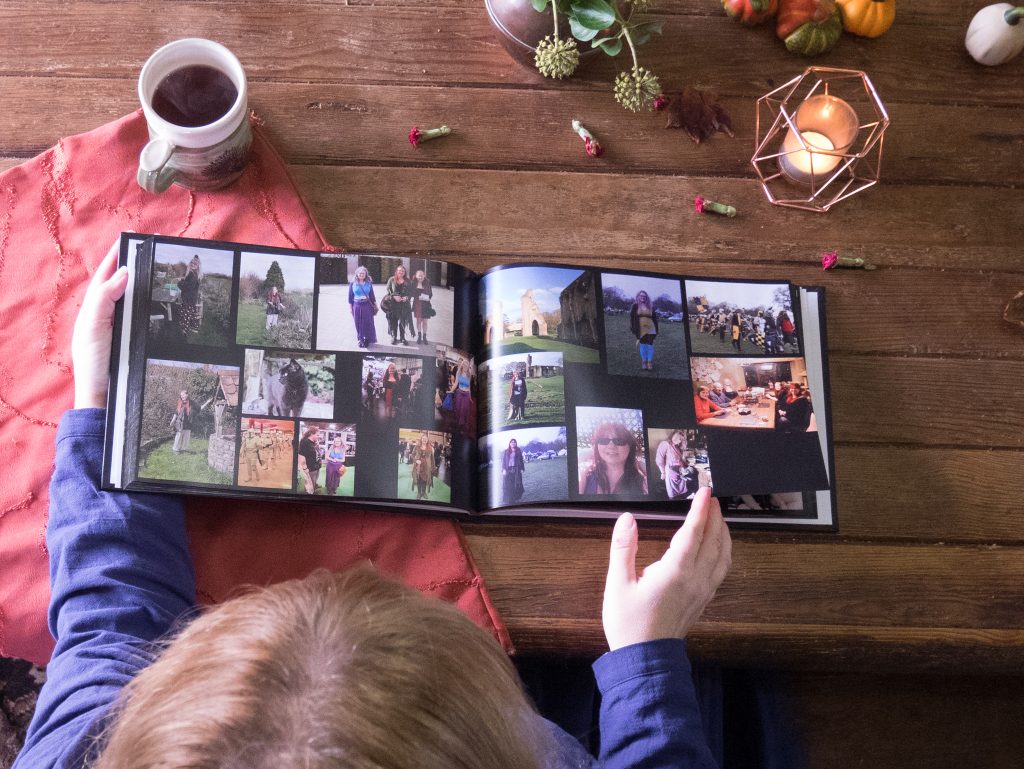 To sum up, I really would encourage you to go back to the good-old days and have a family album printed. Most of my family don’t use Facebook, and I hardly go on there myself any more as I’m so fed up with shares of competitions or cooking hacks I’m not interested in; so I miss seeing my sister’s family photos half the time on there too. I could see that Mum and Dad really did enjoy looking through our book, and I think that’s partly because they didn’t have to trawl through every single photo we took over the last couple of years – they just saw the edited highlights; and I think partly because it’s actually really nice to hold a heavy book and turn the pages to see the photos. It would be great if we could all swap books on the settees at Christmas again!
If photo albums were never really your thing anyway, then maybe consider actually printing some of your photos and displaying them around the house in frames. It just seems such a waste to keep your photography hidden somewhere in digital-land! Do you prefer modern digital photography, or the good-old film developing days? 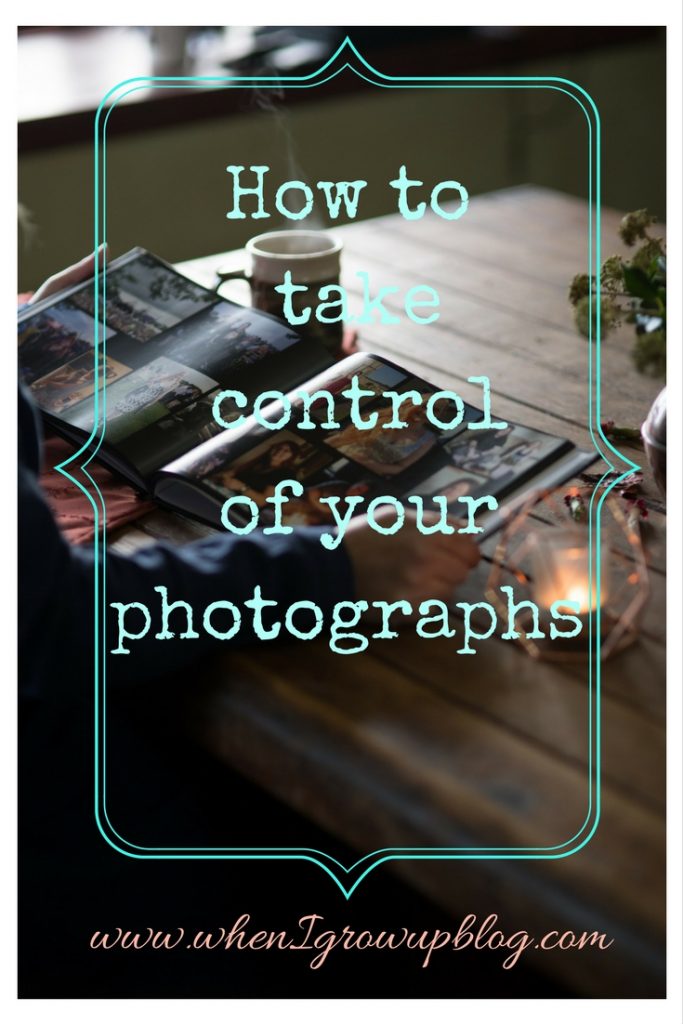 *I purchased the photo-books with vouchers sent to me from Printerpix. (There is currently a 40% off winter sale.) 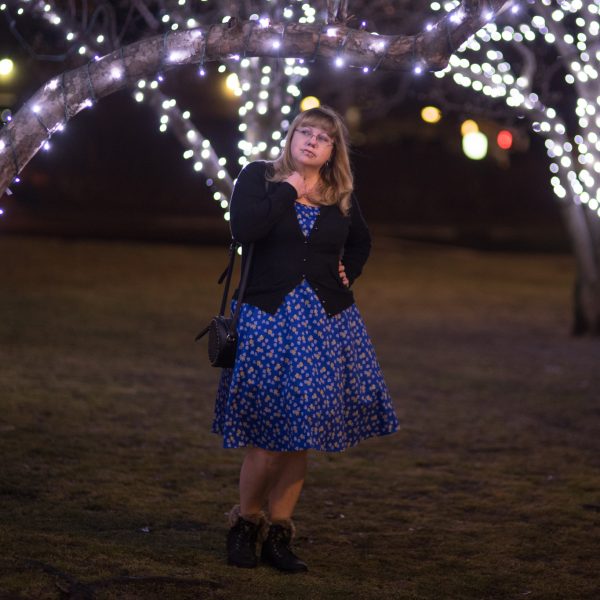 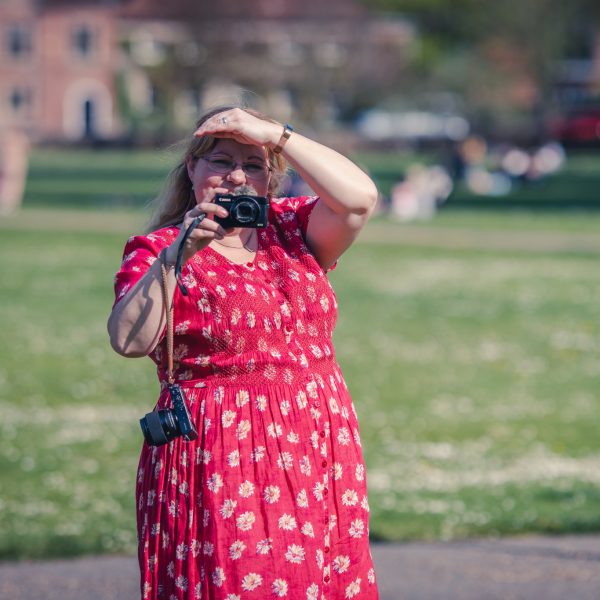 Finding the perfect camera system for youtubers, vloggers, bloggers & photographers.
Are you a blogger, photographer and vlogger? The big camera question! Do you, or do you not carry two cameras around with you at all times? Are you struggling with choosing which camera you need? I love photography and want to take with me a decent dslr to shoot in raw with a choice of lenses and allow me to take creative photos for my personal enjoyment as well as for my blog. However, I also vlog most of my life for my YouTube channel, and need to carry a camera for that as well. Can we combine them both? What should we do? 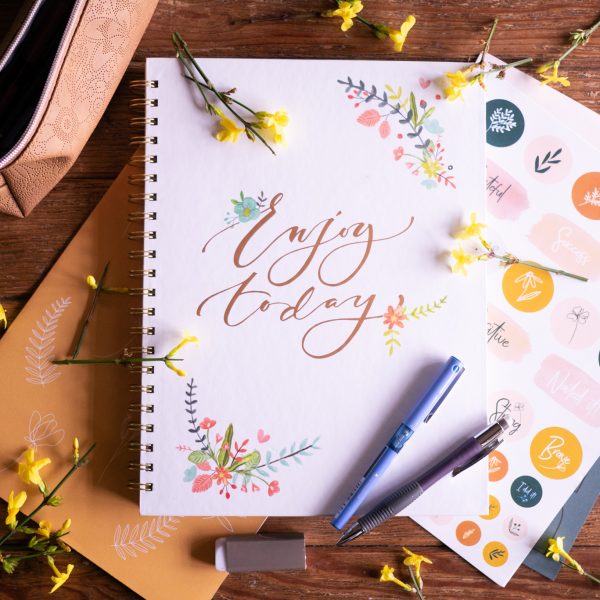 How to wear a wrap-dress. My favourite floral dress from summer to autumn style.

A review of the Tarte Tarteist Amazonian Clay eyeshadow palette

I love proper printed photos – looking at them on a screen just isnt the same! I’ve been working through my backlog trying to get mine printed but I’ve still a way to go! I’ll check out Printerpix as a comparison, thanks! x

I agree – there’s something about photos on screen that just doesn’t feel real enough!! Good luck with sorting your photos – I need to catch up again already as well. 🙂