A review of the Tarte Tarteist Amazonian Clay eyeshadow palette 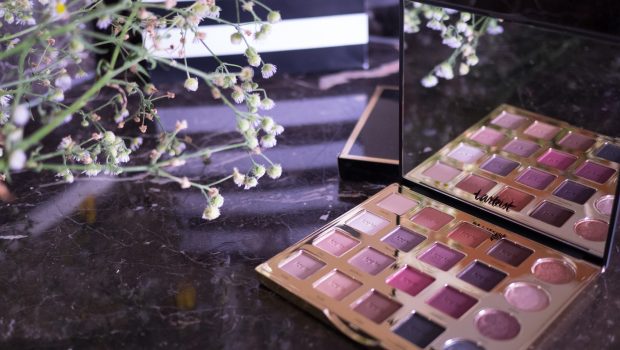 I am constantly on the hunt for a matte eyeshadow palette, and if I see one, I will probably buy it! I honestly don’t know why they aren’t more popular, because I just cannot get on with an ordinary eye shadow! I had a little splurge on make-up a couple of years ago and talked about my issues with the No7 eyeshadows and the Maybelline eyeshadows that I bought. They simply do not look good on me and the pigmentation is rubbish. I decided it was about time I stopped faffing about with mid-range High Street make-up and actually spend some money….

So whilst in America a couple of months ago, I decided to buy the Tarte Tarteist Pro Amazonian Clay eyeshadow palette from Sephora. I couldn’t bring myself to do it straight away. At first I bought the smaller and much cheaper Smashbox palette, (review coming soon!) but when I returned a couple of days later, I couldn’t resist! The colours are just beautiful. I think it’s quite an autumn colour palette, with lots of bronze, russets and berry reds included. There are sixteen matte shades and four glimmery ones, including a petrol blue duo-chrome one. 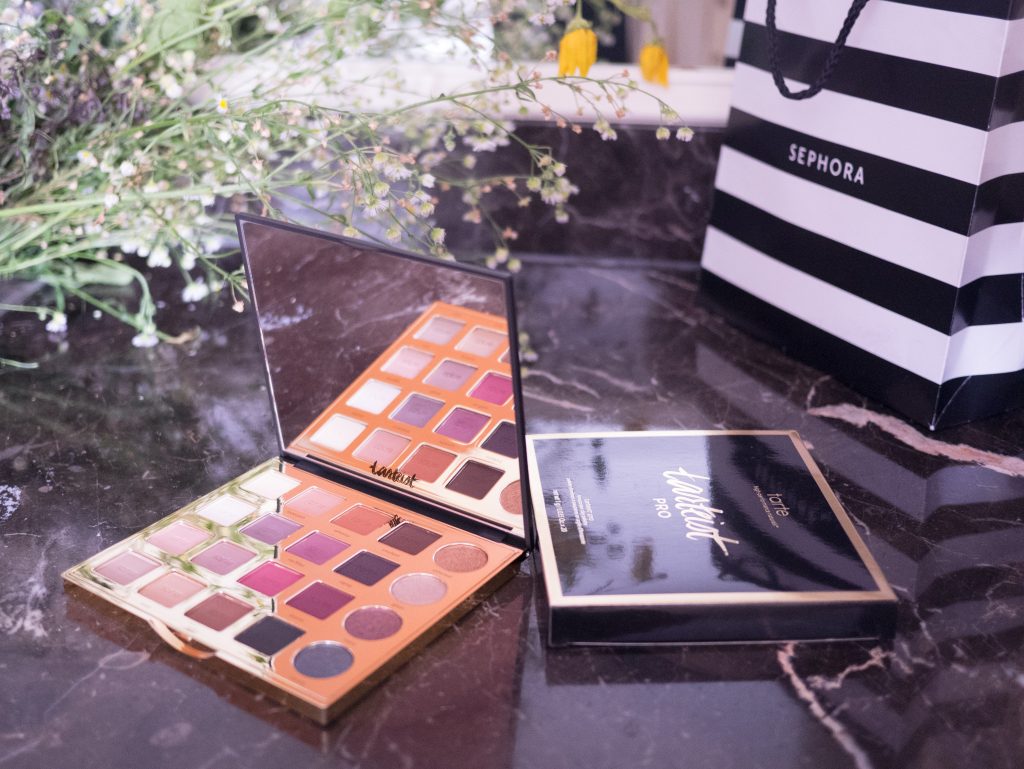 I couldn’t wait till we got home, so the next day I was excited to try out my new purchase. The consistency is so soft, this eyeshadow is a dream to apply and is truly matte. Yes, it’s a bit powdery , but a tap of the brush first sorts that out, and I’m finding the fall-out is getting less and less on my most-used colours. They blend absolutely beautifully and the pigmentation is something so brilliant I’ve never experienced it before! I have to be really careful how I apply the Tarte eyeshadow because you can actually see it!

So those are the positives, and the perfectly valid reason as to why this costs more than the rest of my eyeshadows put together! However, there is quite a big but coming: It does not last well at all. Disappointingly so. That first day I wore the Tarte Tarteist Amazonian clay eyeshadow was a hot day walking about ten miles in New York. I gave it the benefit of the doubt when I returned to the hotel to find dark creases of makeup on each eyelid. However, on my return home, I tried again (and this is the time you can watch it in the YouTube video below), and wore it for just a few hours for a not-very-physically-demanding photo shoot for Threads Of A Fairytale. This time it hadn’t creased so badly, but it was very patchy and I could tell it was heading that way. 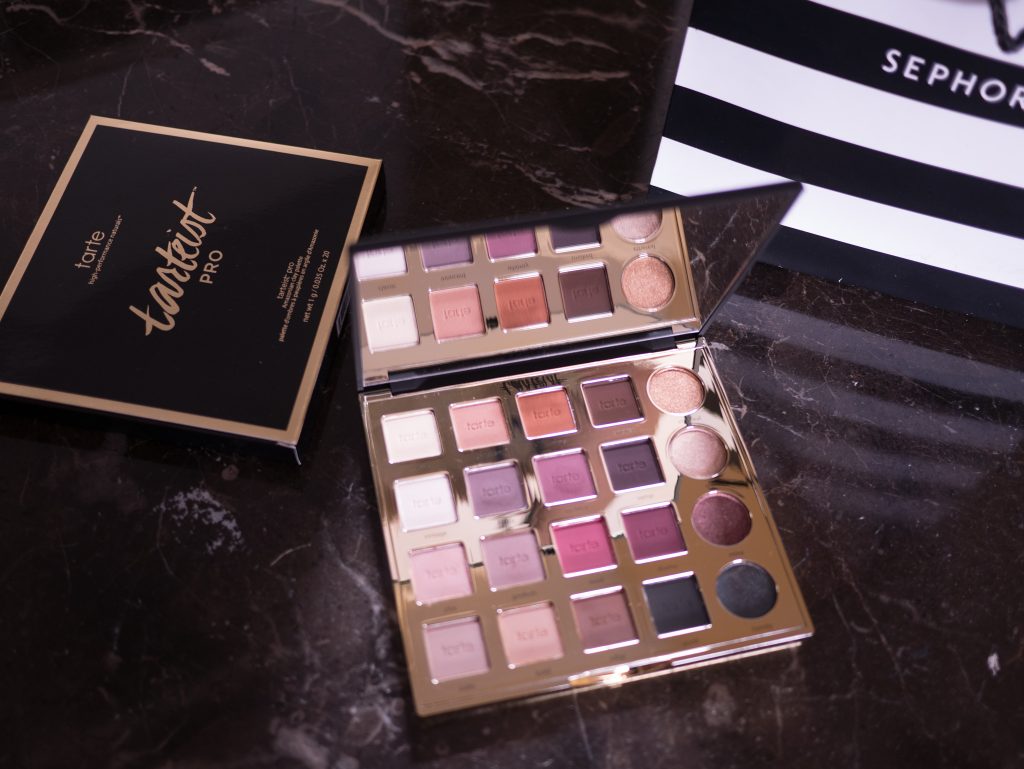 Due to the price I paid ($53), I really had expected better longevity and I’m disappointed. It’s such a shame because everything else about the Tarteist palette is absolutely perfect. Since filming the video below, I do actually wear the eyeshadows an awful lot – particularly as the autumn colours are perfect right now, and they really seem to make my blue eyes look a lot brighter than usual. For most occasions in my life I don’t need an eyeshadow to last all day, but as the palette is too big to pop in my bag for touch-ups; it really must to be able to last all day; and it doesn’t! So that means on full days out I’m forced to choose a different eyeshadow – one that I don’t like the colours of as much.

Verdict: If Tarte bring out more matte palettes in different colours (particularly greys), then I’m not entirely sure I’d be able to resist to be honest because I think the positives just about outweigh the big negative. If Tarte release smaller matte palettes that are a more travel friendly size so I can reapply during a day out, then I think I’ll be queuing up to buy it on my next USA trip the minute we’re off the plane!
It’s cheaper to buy Tarte makeup if you happen to be traveling across the pond, but if not, the Tarte Cosmetics website offers free postage to the UK and includes duties. Alternatively there’s Amazon:

How to take control of all your photographs

How to style red velvet trousers

The palette looks stunning! I find it hard to resist them when they’re so beautiful. Enjoyed your video too.

Thank you Gail! I know – I never used to be into make-up all that much, but I think this palette has changed everything!