A review of Agatha Christie’s play, Witness for the Prosecution, at County Hall, London 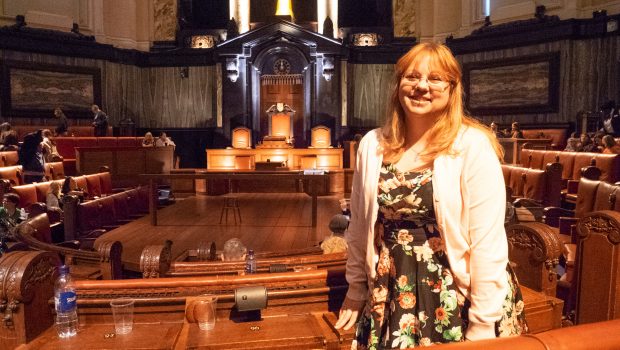 It was my birthday last week. And it was a big one. The kind with a zero. The weekend afterwards I celebrated with my family (which was lovely – look out for the vlog coming soon!) and I’m in the process of organising a day my friends are free at the same time to celebrate with them (I am determined to milk this for as long as possible!), but for my actual birthday day, I wanted to do something special. All the time the kids were young, I hardly bothered celebrating my birthday, but although we have had a couple of days out in more recent years, this time I really wanted to make it count. So, I went online to see what theatre productions are on in London at the moment. I’ll be honest, I wavered and nearly didn’t bother with the whole idea because my god, it’s expensive isn’t it? And why can’t they tell you the price of tickets until after you’ve given half your personal details, chosen the date and studied the seating plan?! We were also limited by the type of thing we’d all be interested in. Something we’d all love is of course The Cursed Child by J.K. Rowling, but at £1160 for the four of us to see both parts that day, we decided our Harry Potter fan-ship can be shown with Primark mugs and slippers (that wear through in 3 weeks) instead! However, something else we all enjoy watching on the telly together is Agatha Christie adaptations, and when I found out that Witness for the Prosecution was being played in an actual courtroom, that tipped the balance over Mousetrap (which I’m pretty hopeful will still be on for my 50th birthday!) and I booked the tickets….

It’s pretty cool that my birthday actually fell on a Saturday, so we got the train up to London in time for lunch before watching the matinee performance. It’s also pretty handy that the train from Templecombe in Somerset ends at Waterloo, a very short walk to the County Hall, situated on the South bank of the River Thames. If you’re making a day of it, the building also houses the London Dungeons and the London Aquarium! However we were round the other side and made our way through the grand entrance hall and up to the courtroom where we found our comfortable and spacious leather seats. It was so exciting! In front of us there was the fold-out in-laid leather writing desk; an old fashioned heating system, and what we think was a canny microphone-esque system of pipes going round the room to help carry the voices of speakers through the custom mic stands. Our seats were Row E, numbers 134-137 at £77 each and these were were really good seats; as were all of them in the courtroom stalls. (And while I’m on the subject, if you can’t afford this and you don’t mind the risk, as the seats right up in the gods weren’t sold out, you could possibly get the cheap seats behind the pillars (about £12 each) and shift along when the play starts!)

So anyway, having not looked up anything at all about Witness for the Prosecution online beforehand to avoid spoilers, I went in with no recollection of the story. It wasn’t long before I realised I had seen a BBC adaptation of this Agatha Christie novel and play a couple of years ago, but luckily couldn’t remember the outcome of the plot. The main characters were played by Harry Reid, Lucy Phelps, Philip Franks and Richard Clothier. It wasn’t until afterwards when I IMDB’d their names that I found out Harry Reid, the main character and chief suspect had played Ben Mitchell in Eastenders, and was surprised to find that the cockney accent he had in the play, was actually his own! All the acting by everyone was top notch and faultless, and if there were any mistakes, I wasn’t aware of them. I was completely transported into the story and all the while left guessing as to whodunnit. 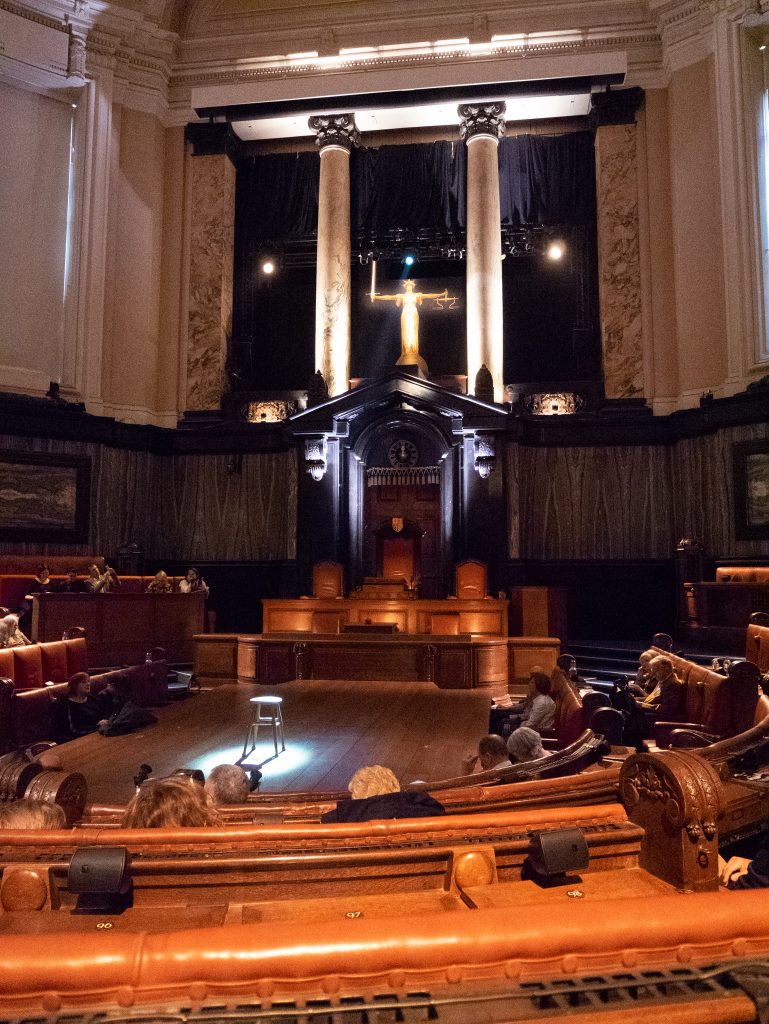 The theatre production was also spot on, and it didn’t matter when the characters had their back to you due to the unconventional stage set-up, because it just made it feel all the more real. The sound system was fantastic, because we had small speakers in-between the backs of the seats, and I honestly couldn’t work out if the actors had hidden microphones, or whether we heard their naturally projected voices. However, we did get a few clever sound effects to add to the atmosphere, such as the sound of footsteps and chattering and gasping from the imaginary visitors in the public gallery! I did feel that it would have been made a little more fun with more audience participation. I wondered if other audiences ever stand up when the clerk calls ‘All rise’? or if everyone is far too British to be scared to stand out, like we were? All the doors the audience use to take their seats in the courtroom gallery are the same ones the actors use, which is pretty fun. However, practically speaking, it made me terrified I’d need the loo because we are warned we might not necessarily be allowed back in!

Overall I absolutely loved the play. I’ll be honest, I was a little confused by the very first scene, which I thought was flash-forward, but later didn’t make sense. I’m sorry, I can’t explain more than that without giving it away! And the pace felt a little slow sometimes in the first half, but definitely picked up again, and the whole courtroom audience was so tense at the end, with such a tangible atmosphere; Lucy Bailey, the director and the actors nailed it!

Although obviously I couldn’t film any of the play, you can see the video of our visit to London on my YouTube channel if you’d like a watch.

And if you don’t mind spoilers, or can’t get to London to see the Agatha Christie play, Witness for the Prosecution, here’s the dvd:

Linking with #saturdaysharelinkup at Not Dressed as Lamb.