The Book of Mormon musical review – on Broadway, New York 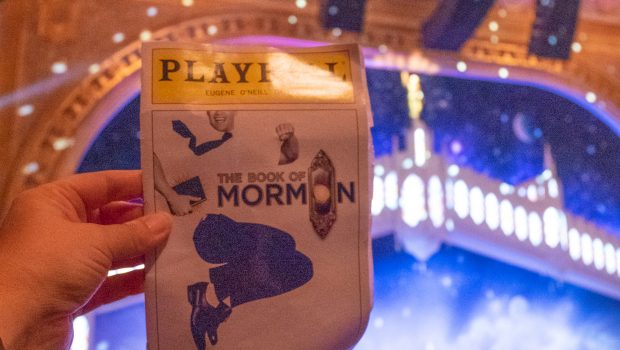 Last week Chris and I were lucky enough to watch the musical, The Book of Mormon at the Eugene O’Neill Theatre on Broadway in New York City. We were staying in nearby Stamford for a couple of weeks for Chris’s work, and this was our treat out one night….

Firstly I have to say how blown away I was with the talent of the cast. The two main characters were particularly good – Nikki Renee Daniel’s singing was truly stunning, and Dave Thomas Brown’s singing, acting and comic timing were spot on too. They were backed up with a few prominent roles played by Jordan Matthew Brown as the sidekick and Stephen Ashfield as leader of the Mormon elders. The ensemble were on stage nearly all the time with goodness knows how many quick costume changes. And oh my word, the stamina of all of them was phenomenal with constant energetic dance routines cleverly (and cheesily) choreographed to back up the story-line. 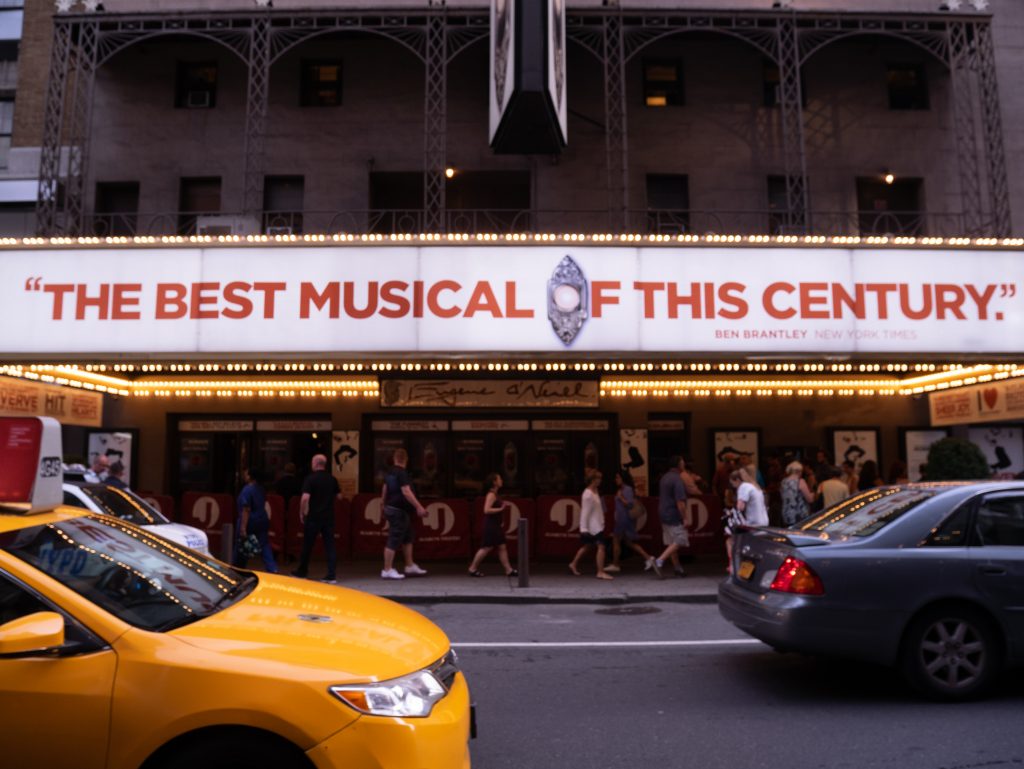 The storyline, by the way, is about a Mormon and his companion being sent to remote Africa on their two-year missionary and the challenges they face there. That’s it in a nutshell, but along the way we are told the history of the church of Jesus Christ and the Latter-day Saints along with some of their more ridiculous beliefs. It is co-written by Trey Parker and Matt Stone, the writers of South Park. If you haven’t seen any of South Park, I would recommend you watch an episode before going, so you have some idea of the dry humour – perhaps not what you’d expect from an American production. They do an excellent job of keeping the whole show light-hearted, funny, and entertaining the whole time, whilst simultaneously touching on very serious, dark and currently relevant issues. It wasn’t as laugh-out-loud funny as I was expecting, but there were some brilliant moments and I was smiling the entire time.

It is very deserving of its positive reputation, but it’s not a show to see on a whim without knowing what to expect! There is swearing, and of course a lot of cynicism of religion in general, The Church of Jesus Christ and the Latter-day Saints, and some downright crude moments. A family show it is not! 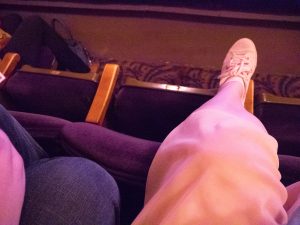 PS. Tips about where to sit in the Eugene O’Neill Theatre: When booking your spot, take a look at the seating plan. Chris and I had a great view of the stage, but do not book B5 and 7 on the Mezzanine level or anywhere near them. The topic of conversation all around us was the lack of leg-room. And I’m talking ten times worse than a Ryan Air seat; I’ve never known anything like it and I don’t know how they get away with this! It honestly spoilt the show for me as I was in pain the whole time. You were forced to sit slightly sideways so my right leg was basically in front of the lady next to me. And I wedged the cardigan I luckily had with me between my left knee and the seat in front to stop it hurting so much. I definitely had bruises forming by the interval. And I am not tall! Thank god the people in the row of seats in front of us left at the interval so I could hang my legs over the backs of their seats for a more enjoyable second half! The centre of these curved side-sections on the mezzanine level weren’t quite as bad, but really I’d recommend getting a seat in the centre up there, or on the lower orchestra level as all those seemed fine.

I loved the show and when I grow up I really want to perform on Broadway! For a great evening’s entertainment in New York, buy your tickets from Ticketmaster.

Review of The Firebird by the Rogue Theatre Company in Cornwall