No longer living in limbo-land! 3 tips if you’re thinking about emigrating 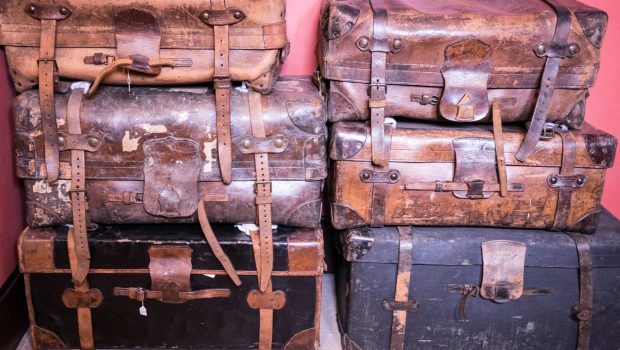 I feel like I’ve been living in limbo for the last two years. If you watch my YouTube channel, you may have noticed the odd subtle hint of something big changing soon. That change was a move to America for a year. At first it was a small idea that went away again when we found that we couldn’t take our dog, Loki with us. However, after our trip to Connecticut last July, we looked into it again….

It wasn’t like the idea to emigrate across the pond had gone away completely. It was a bit grim to think about, but the average age of a Neapolitan Mastiff is six; and that was the birthday we’d just celebrated for him. Both his brothers had already died, and it was really a matter of waiting.

However, this time we delved a bit deeper and corresponded with the people in charge of the animals on the QE2 – the only ship that will take him, and also companies that dealt with transporting pets by aeroplane. It turned out that both were actually an option, which we previously didn’t think could be. Loki could have two connecting crates on the ship; and the pet transportation company would build him a crate to fit him for the plane.

So my tip number one is: Don’t take the first information published online as the be all and end all. Keep contacting people to see if things can be done.

So all of a sudden, the possibility that we’d discussed with the kids, and then discounted, suddenly became a reality again. This was a year later, and would actually work better for Rain as she wouldn’t have her university course interrupted, and as Jude was already taking a gap-year, she would just take another one, looking for casual work while she was with us in America.

Rain was a bit more of a problem as she’s a year too old to be counted as a dependant of Chris, but we did think we could find her an intern-ship or a course or something that would allow her a visa.

With the move looking more and more likely, I found it was the key thing I took into considerations when making several smaller decisions:

*I couldn’t get more chickens as they wouldn’t have a home when we left.

*There was no point in buying new outdoor furniture for it to sit outside not getting used for a year.

*There was no point buying house plants when they’d die a few months later with no-one to water them.

*It would be stupid to get a car loan for a new car (ours completely broke down) that would sit in the garage for a year while we continued payments.

*We couldn’t plan a holiday because we didn’t know whether we’d be too busy preparing to move over the summer.

*It probably wasn’t worth buying expensive face cream that came in a glass jar as it would probably not make the the suitcase list when we packed. I’d stick with cheaper stuff that wouldn’t matter if it went off while we were in America.

In the grand scheme of things, these are small potatoes compared to the bigger things such as leaving behind family; leaving behind the people and the village groups I’m involved in; and closing down my clothing business, Threads of a Fairytale for a year. Since last August, I’ve gradually worked on the business less and less, replacing my efforts with this blog and my YouTube channel as these are things I could continue in America. 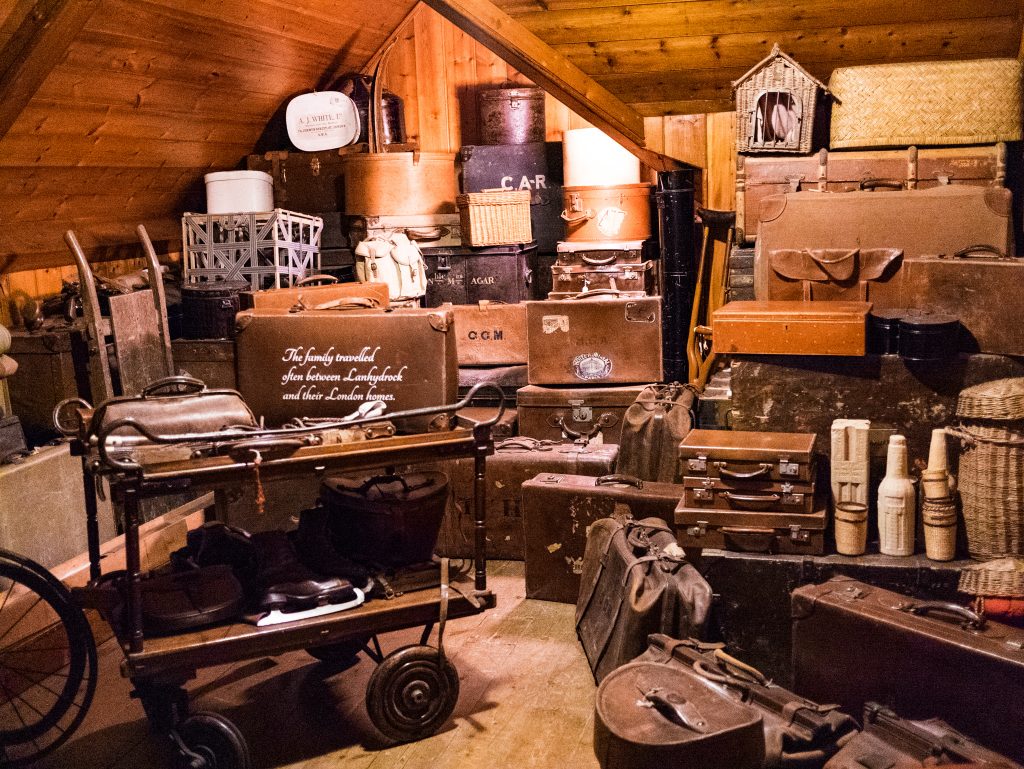 A few weeks ago though, Chris returned from a trip to America with a definite answer: No. After all that; after two years of uncertainty and planning the what-ifs, it’s finally come to a surprising abrupt end. We were so sure we were going, we’d told our family (it was the main topic of conversation at my birthday party) that we were going and the kids had told all their friends we were going. We’d made a plan for one of them to house-sit for us; but in the end, like most choices in life, it came down to money.

So tip number two is: If the plan to emigrate is for work; be one hundred percent clear on the financial details early on in the moving process. Of course, we Brits hate talking about money, so this point is easier said than done. 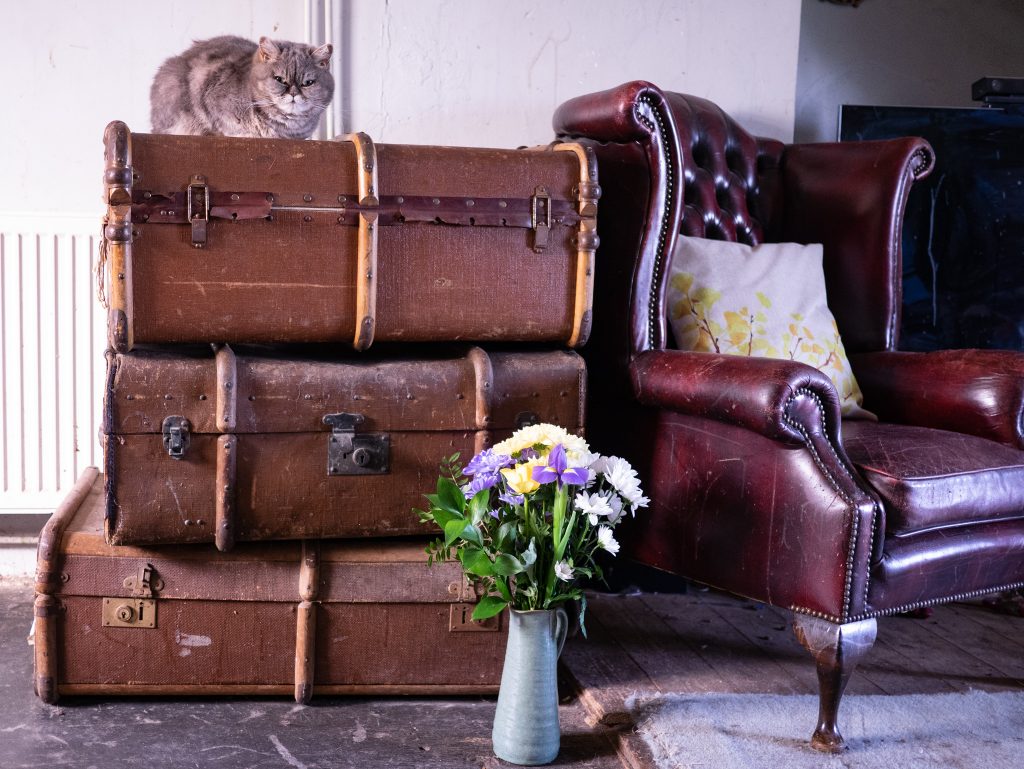 Rain and Jude are my priorities in everything, so of course we had to include them when deciding to move to another country. There’s no way I’m leaving them behind, and there’s no way they’d let us, so they were fully on board with the move and looking forward to it. At twenty-two and nineteen their futures are beginning now, and this potential move has affected their choices as well. Jude didn’t know whether to look for per hour or per annum paid jobs, or whether to go to university after all. And Rain’s friends have all been applying for jobs to begin their careers, while she hasn’t been able to. They were very upset when we told them the news.

So tip three is: If your children are too young to really be part of the decision to move, then don’t tell them until everything is sorted out. If they’re too old to be kept in the dark, keep reminding them not to get their hopes up until all possible obstacles have been dealt with.

So now the decision is done, there’s so much of a wave of relief, I don’t think I fully realised how much living in limbo-land had really affected me. I wouldn’t have minded either way; but I’m so glad to have come to a final conclusion so that I can get on with life. Instead of the blog posts and youtube videos I’d planned such as ‘Brit tries American candy’ and ‘Why don’t American’s hang out their washing?’; expect more home renovation; fashion blog posts for the British weather, and travel blogs, now that we can go ahead and book something!

Making a flower fairy dress for Threads of a Fairytale