Visiting Salisbury and Avebury in Wiltshire – the story of the photographs 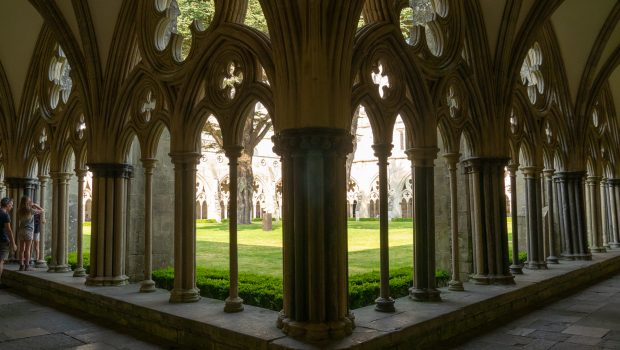 A couple of weeks ago, when the weather was being kind to us, Chris and I went out for the day. It wasn’t as photography-centric as our days out usually are as I really wanted to see the city of Salisbury; and by that I mean I wasn’t whipping my clothes off every five minutes for a new outfit shoot, however this post still includes a fair amount of photos!…

We’ve been a couple of times before; I think. We camped about twenty-five years ago nearby at Old Sarum with friends, so we must have gone to Salisbury, even though I don’t really remember! And then about eighteen years ago, when Jude was potty/toilet training (I distinctly remember running into M&S to use their loos in a hurry) we stayed the night there again on our way to Cornwall. I remembered the market, and I remembered the Cathedral, but not much else. 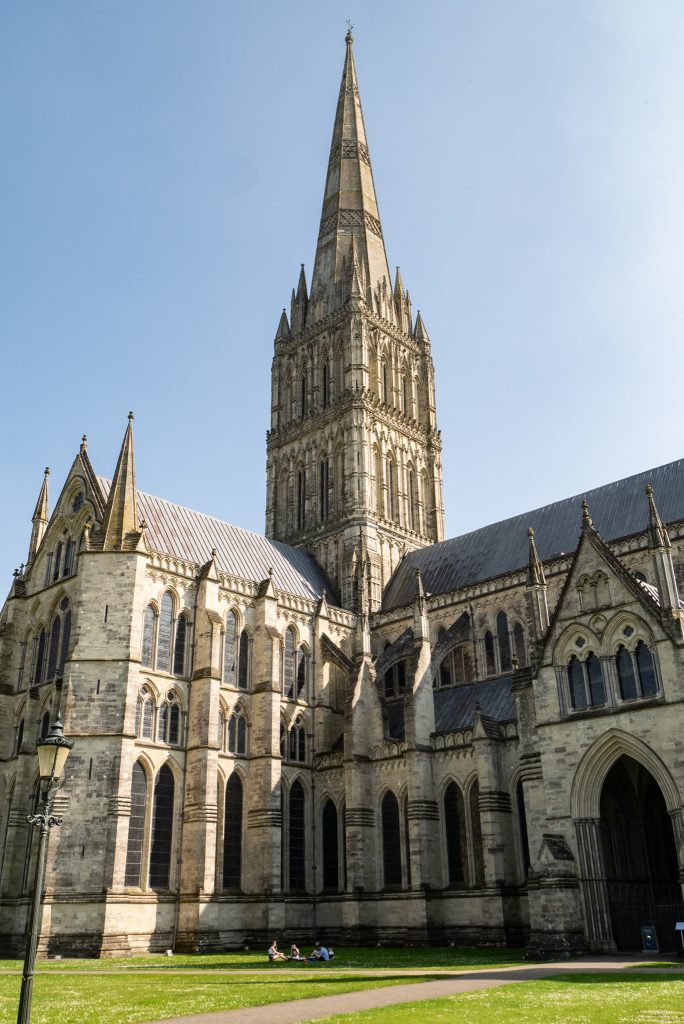 It turns out Salisbury (which Jude called ‘Strawberry’ at the time, so that name has kind-of stuck) is absolutely beautiful. It’s difficult to walk around and watch you don’t bump into people because you’re so busy looking up at the architecture above the shops. Every kind of historical era and style is represented and is made all the more pretty with bunting strung from one side of the road to the other. Also, most of the city centre’s roads are pedestrianised, which makes it quieter, safer with young children, and basically much more pleasant to wander around.

Shopping-wise, if you’re in this area of South-West England, the choice of main-stream shops is similar to Bath, and not quite as good as Bristol. However, there are more little cute independent shops than Bristol. It turned out to only take us a little more than an hour to get there, so actually that’s about the same as Bristol, so it was quite exciting to find another choice of shopping destination. (If you didn’t already know, I live in the middle of the countryside, so anywhere with an actual WHSmiths or H&M is exciting to me!)

I have been needing new bras for SO long, and as that would mean a trip to Bath or Bristol or risk online bra shopping, we actually ended up spending quite a long time in the Marks and Spencer, which, by the way has the world’s largest lingerie section*, so I could try on, and then spend a fortune on comfortable, well supporting bras!! This in itself made the whole day so worthwhile!

*Not really. Well maybe, I don’t actually know without googling it, and I’m not sure if Google knows. But it felt like it, and made us giggle because of the Christmas special of Father Ted that we watch every year.

We then took our picnic lunch that we’d brought with us, to eat on the cathedral green under the shade of a large chestnut tree. This was lovely until an extended family on holiday (obviously not aware of the British custom of keeping a respectable distance between one other!) decided to set up next to us, so close that if I leaned back I would touch one of them. They talked and cried (in the case of the baby) so loud, Chris and I had to raise our voices to hear each other, and in the end gave up and moved on. I gave them some particular looks and everything! 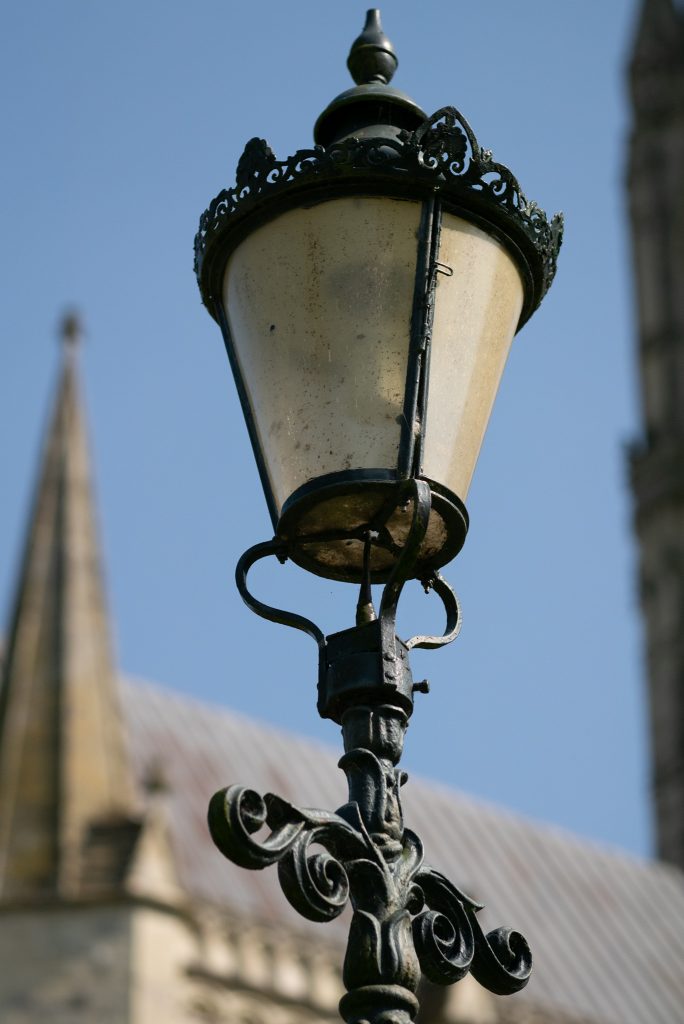 Anyway…Salisbury Cathedral is stunning, and the attached cloisters are amazing to walk round – you feel like you’re on set of a Harry Potter film – and you can see the oldest copy of the Magna Carter there too. (Incidentally, it’s worth noting there are free loos!) The Cathedral bit itself has a suggested donation of £15 per person, which we thought a bit steep actually. (Wells cathedral is free unless you pay £5 to take photos.) And you have to queue at a booth where I think you get an entrance ticket – you can’t just look the other way while someone stands there with a donation bucket! So we skipped that for the time being and went on our way. 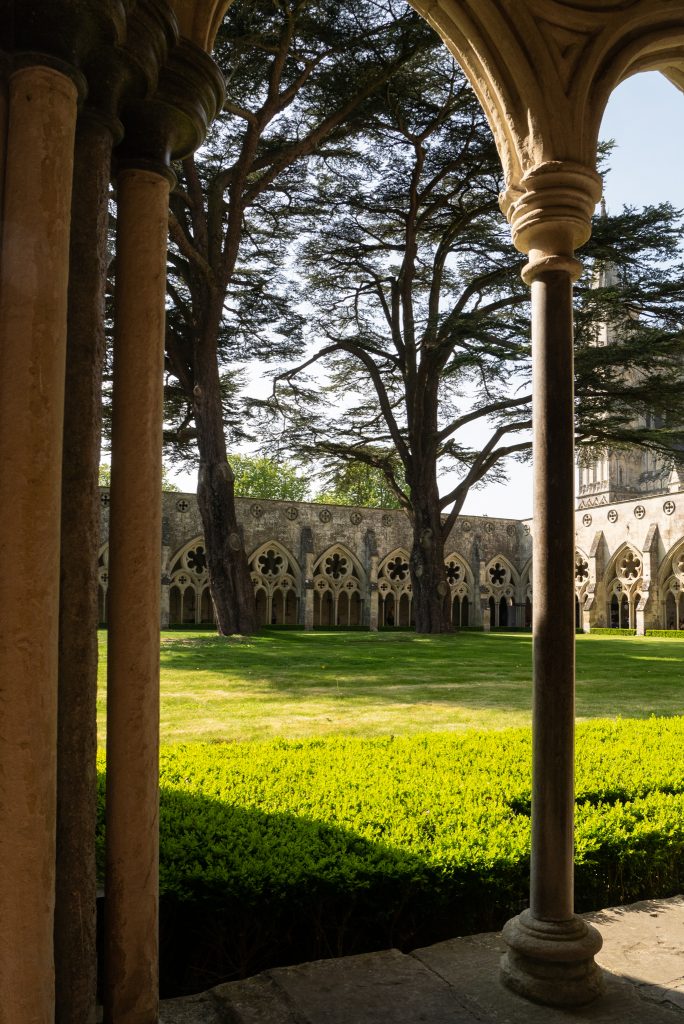 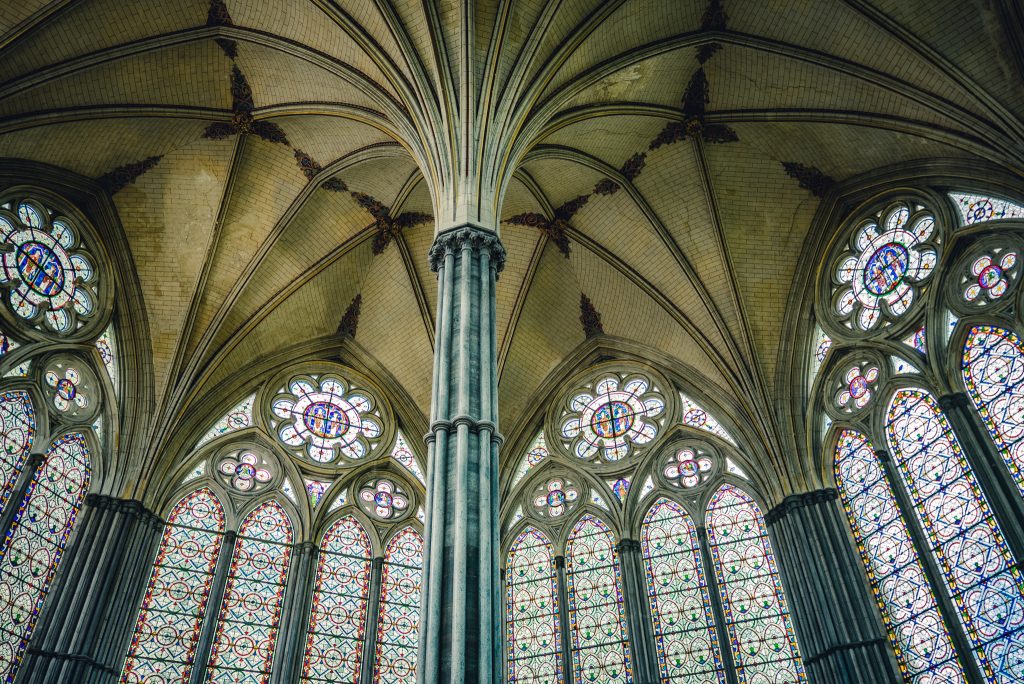 Salisbury was so lovely, we actually returned last week, taking the kids with us. Although Chris and I didn’t have chance to look around the market on our first visit, we did on our second. It’s in a large square, but the market actually isn’t as big as it first appears. And I have to say, not quite what I was expecting. And there’s no way of saying without sounding like a snob, (I may well be a bit of a snob) but it’s my job as a blogger to let you know my opinion on things so you have an idea as to what to expect yourself; and this market was quite down-class. Due to all the beautiful shops elsewhere in Salisbury, I suppose I was expecting a market full of crafts, home-made wares; antiques; artisan cheese from cows eating organic grass, and local-grown parsley. Instead we found lots of polyester satin night-dresses; large knickers, old men shouting illegibly about their fruit of some kind (I couldn’t understand which), some hippy shit straight out of the nineties, and a vape stall. You get the idea. Even Chris’s hotdog wasn’t very nice. Admittedly there were a couple of stalls I liked, including one with clothing by Made In Italy; and Rain did buy some cheese – probably wasn’t artisan though. 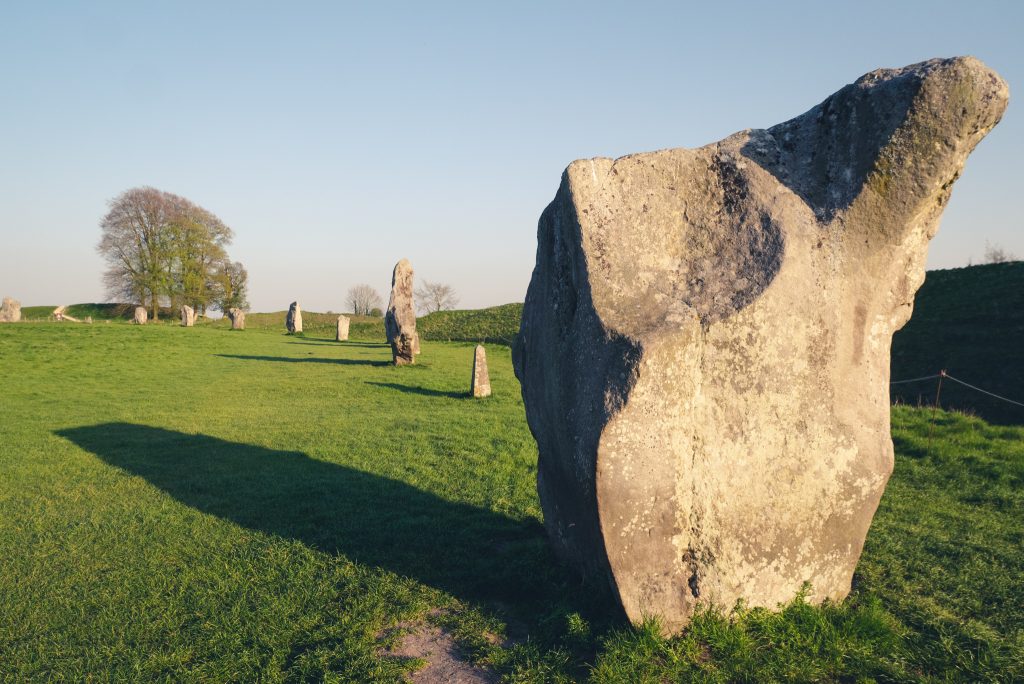 Wiltshire countryside is my favourite kind of countryside – particularly on a warm sunny day. I loved field-watching on our journey between Salisbury and Avebury, and the evening sun was beautiful as we approached Avebury Stone Circle alongside The Avenue. We stopped at a small lay-by there to take photos of an official Outlander outfit, and then drove on to park in the National Trust car park. (Not a problem for us as we’re members, but otherwise it’s £5) From there we walked around at the amazing stones, and then on to National Trust-owned Avebury Manor. Unfortunately we were long past closing time, and as we haven’t been there before – at least not inside since it was all done up a few years ago; we must return another time. 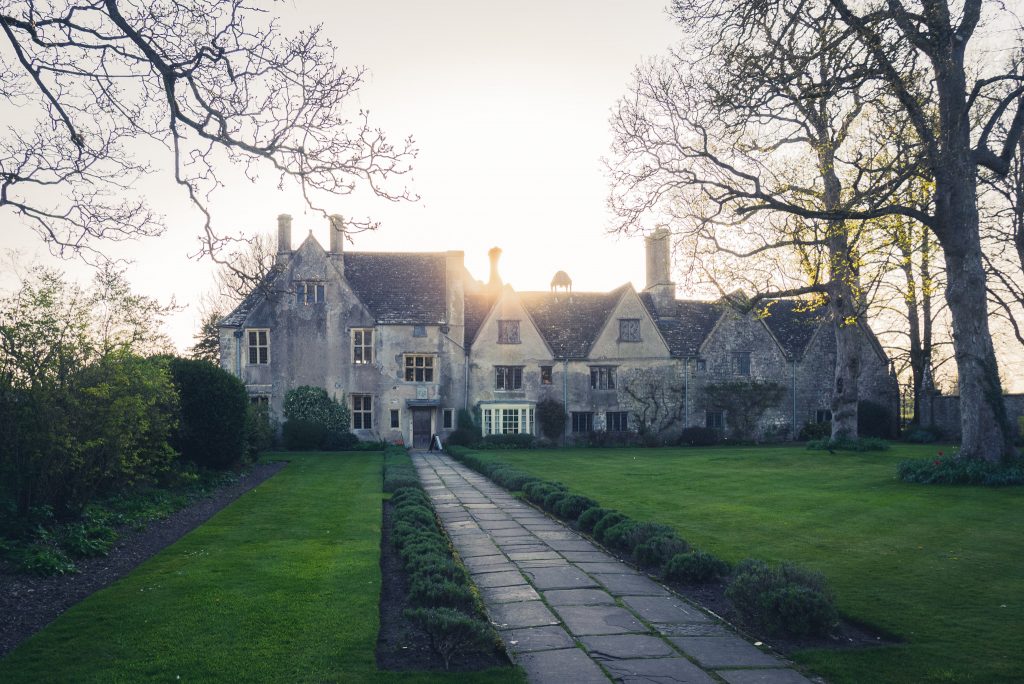 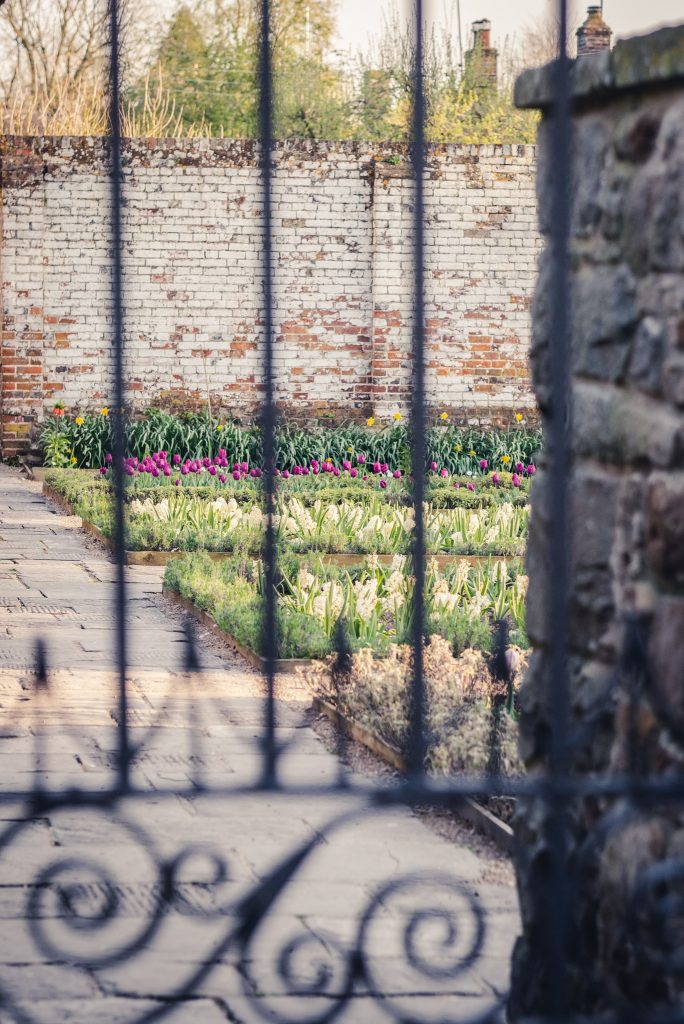 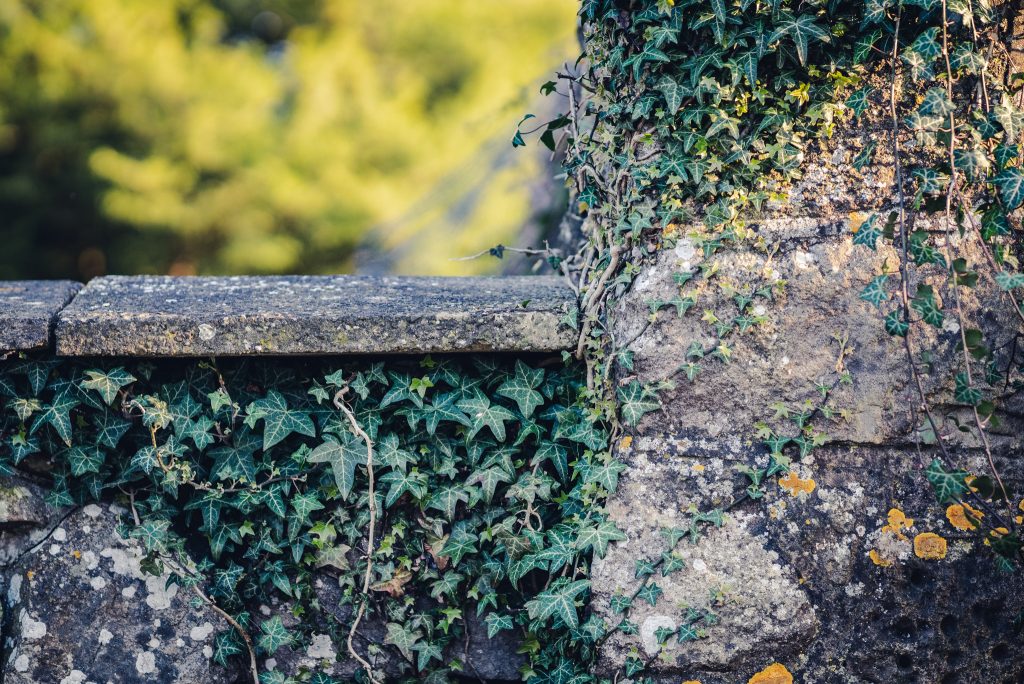 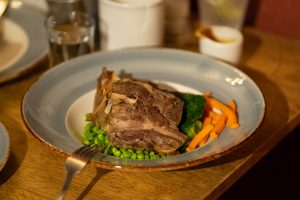 We decided to have a drink at the Red Lion pub, situated right in the middle of Avebury stone circle, so for fear of the car being shut in at dusk, we moved it to the pub car park and waited to see if there was going to be a pretty sunset. If there was, the plan was to take more photos in the area, but the sun began to sink with just a tinge of yellow in the sky, so we decided not to worry, and to go inside for dinner. Chris had burger and chips (of course) and I had the leg of lamb, asking them to replace the mashed potato with a jacket, and it was very nice. (Mint sauce would have made it nicer, but never mind!). The portion was good, the prices very reasonable, and the service fairly quick and very friendly. We’d definitely recommend the Red Lion in Avebury, and in fact we also returned to eat there a couple of weeks later with the kids as well. 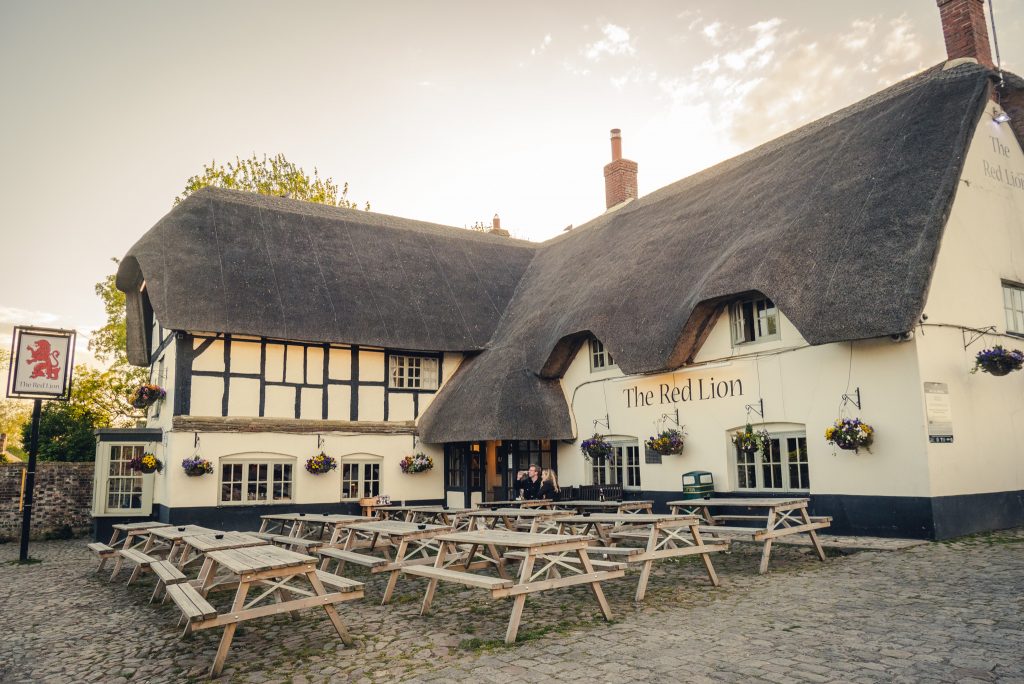 PS. Here’s my YouTube video of our day out in Salisbury and Avebury:

Linking with the #sharealllink up at Not Dressed as Lamb.