The freedom of a smock dress 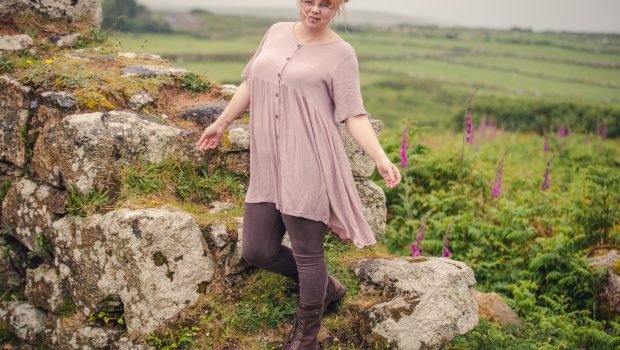 Ok, let’s start off by being clear, the definition of a smock dress isn’t really represented in these photos! A smock dress really should have smocking – gathers of material in tight pleats – usually for decoration. A quick Google image search shows me I’m not the only one who thinks this style is called a smock dress though, so probably most of you will know what I’m getting at…. 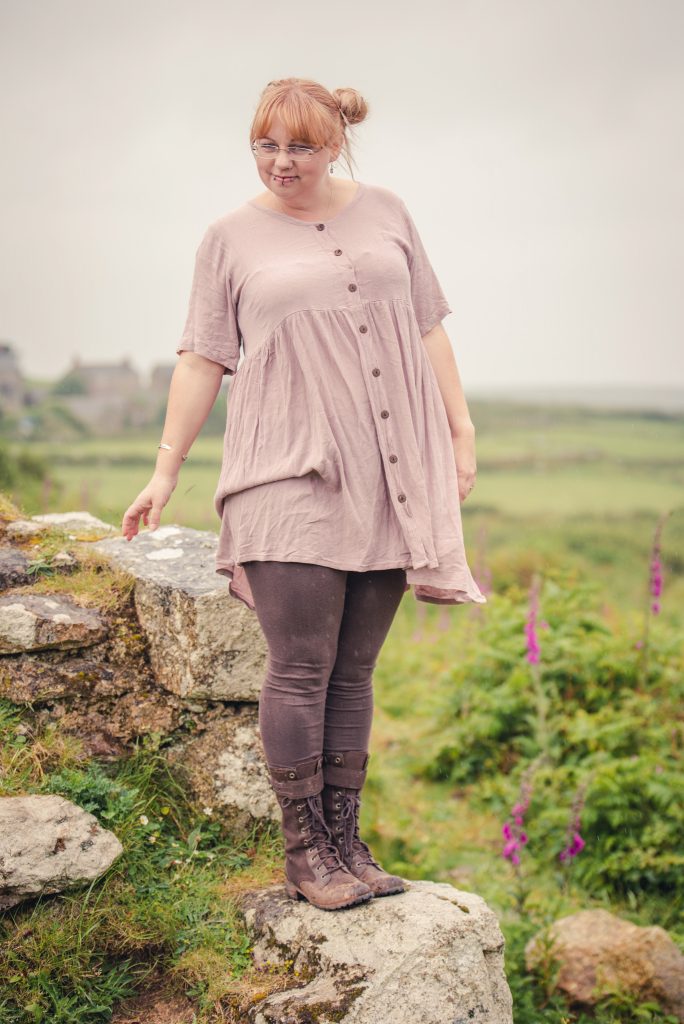 Perhaps it’s more the image of an artist’s smock – a loose baggy shirt that doesn’t tend to actually have smocking – that we’re all imagining! Anyway, this is a strange way to begin a fashion blog post! I bought my ‘smock dress’ at Glastonbury Festival a few years ago, and knowing it was a regular stall, I returned and bought a second one in a different colour a year later. I think, if I remember rightly they each cost £10. If you’re on the look-out for something similar, the brand is called Indo. Weirdly, during our America road-trip in 2016, we happened to stop in Asheville where I spotted the original hippy clothing Indo shop where the stock comes from! 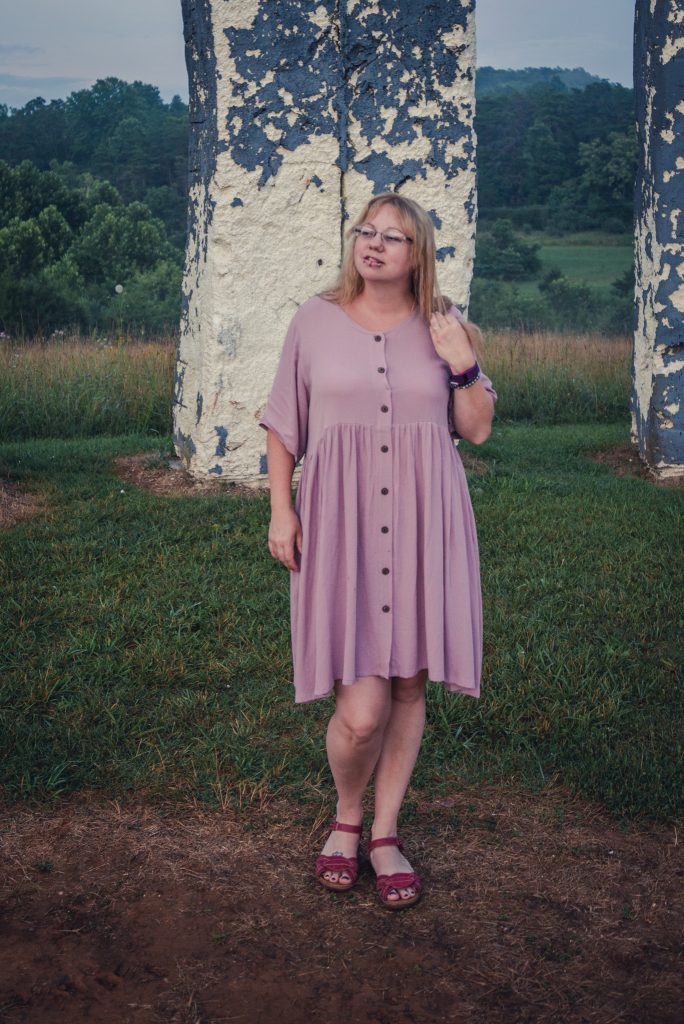 I hardly ever buy the same item in multiple colours, but this dress has been SO useful, and SO comfortable, I would honestly keep buying more, (even though I do need to safety pin between the 2nd and 3rd buttons to stop it gaping) but sadly couldn’t find them at this year’s festival. My first was beige and my second was a lilacy-pink. Not my favourite colours to be honest, but it doesn’t matter. Not all items of clothing have to be beautiful to belong in our wardrobe – some are just useful. These two dresses aren’t in the slightest bit flattering either – they don’t sit nicely at the waist to give the impression of having an hourglass figure; in fact, they are gathered just below the chest so they could easily be mistaken for maternity dresses, but that doesn’t always matter too. Sometimes, particularly when on a road-trip, you just want something comfortable, and this fits the bill. In fact, it’s a good one for holidays because for some reason, none of us care quite so much about wearing something flattering when we’re on holiday! 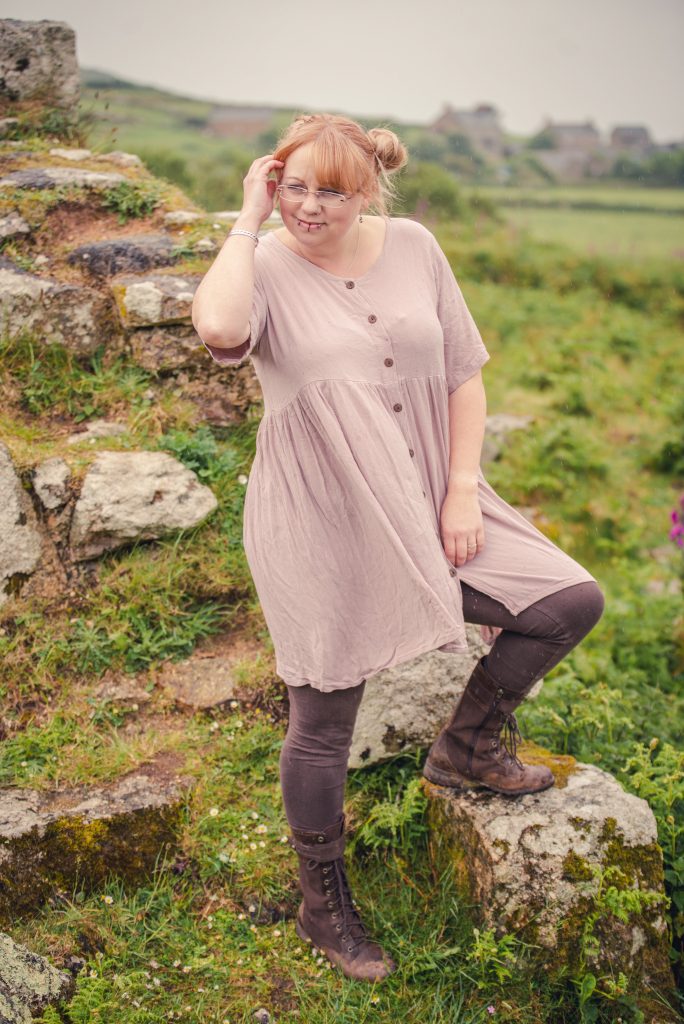 My goodness, this isn’t very professional of me – I’ve got seriously mud-splattered leggings here! We had just been exploring a ruined tin mine, and of course as it was the middle of summer, it had just been raining! 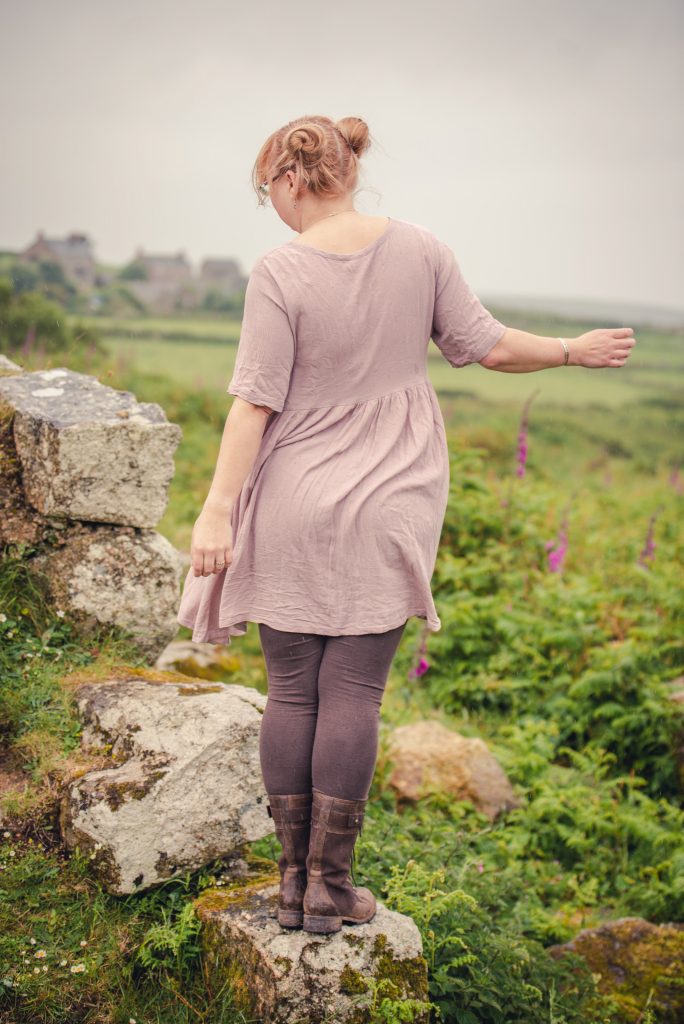 Ok, here are the reasons why the smock dress works so well for a summer road-trip, so take note if you’re planning one for next year and are wondering what to pack! 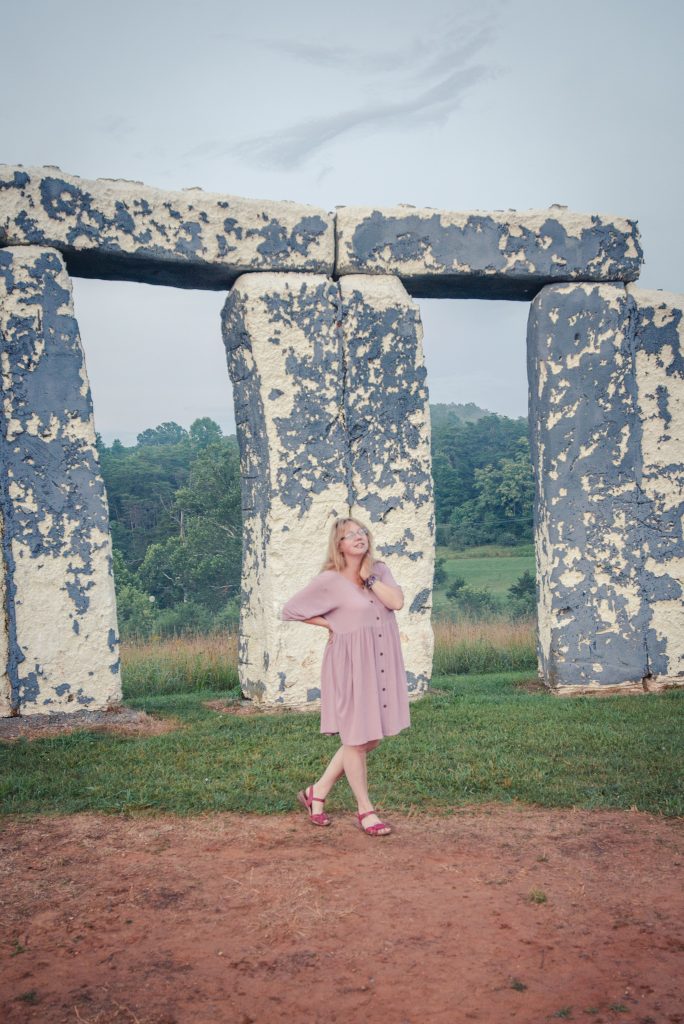 I have to say though, the dresses have shrunk a little in the wash and are now a bit too short to wear on their own. Cycling shorts in summer and leggings in winter work perfectly. Some of these photos were taken on the very same road-trip mentioned earlier, and are at a very strange place called Foamhenge in Natural Bridge, Virginia (I just did some googling and was since dismantled and put somewhere else!) I think a smock dress is a very versatile piece of clothing though and looks great with bare legs and sandals or with leggings and chunky boots; or over jeggings and skinny jeans when you’re not confident enough to show off your bum! 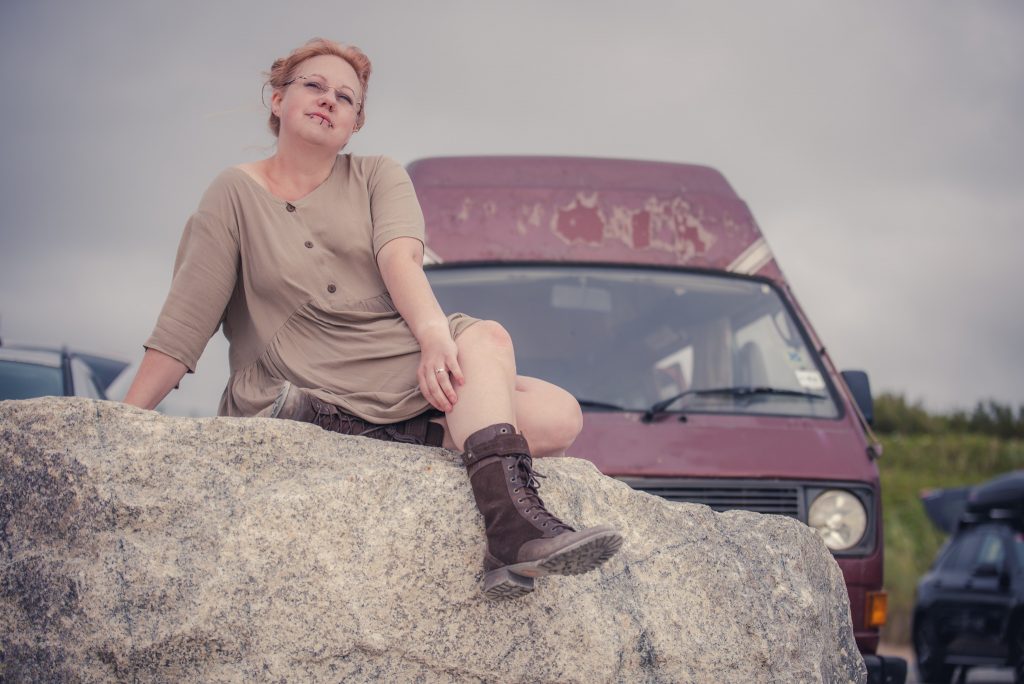 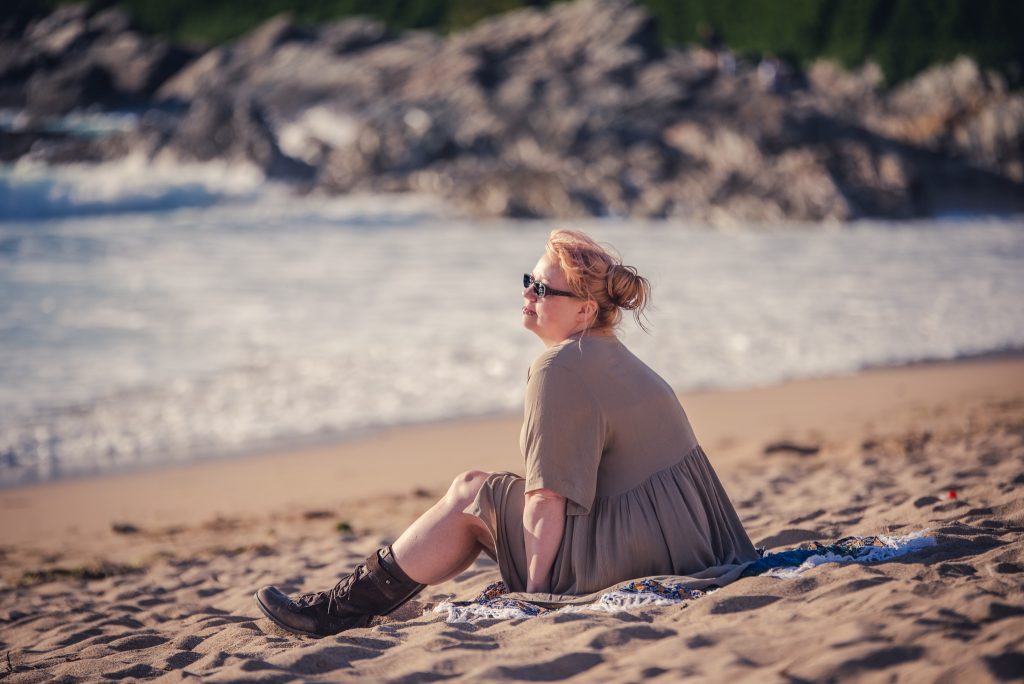 The others were on two different camper van road trips around Cornwall. I thought I’d put all the photos together for one blog post though. Do you have an item of clothing you always go to when you just want to be comfortable and don’t really mind how good it actually looks?! I need to find more because the beige one got ruined in my Nearly Killed by a Cow incident last year! I haven’t got rid of it (of course) but even after getting round to mending the large rip, I doubt it will look good enough to wear in public! 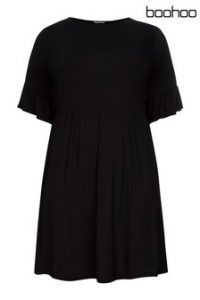 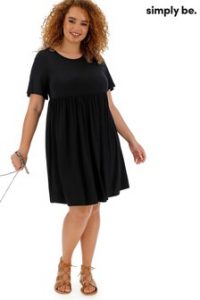 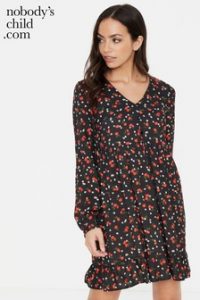 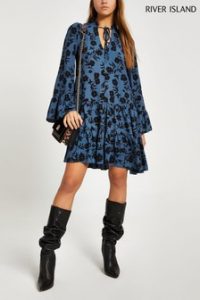 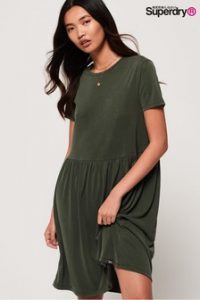 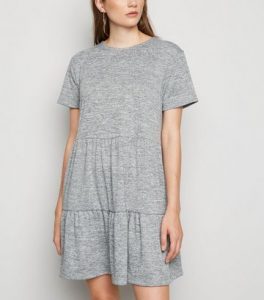 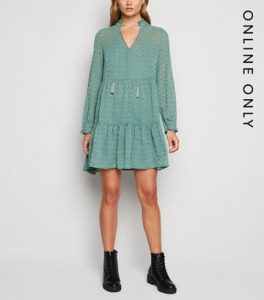 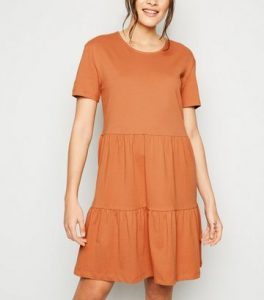 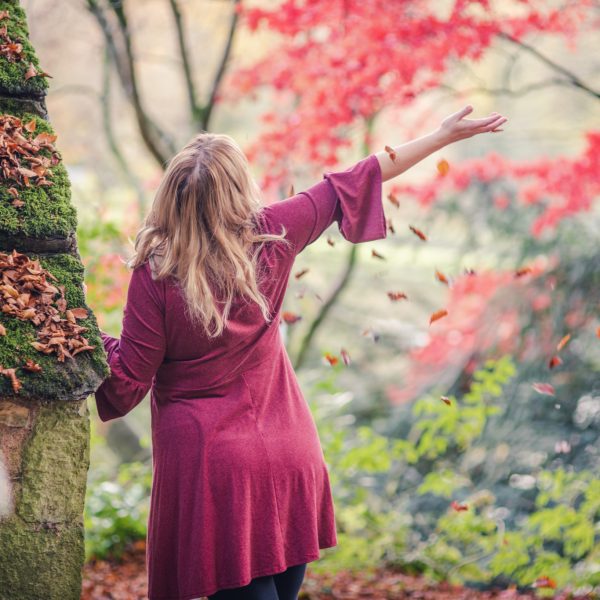 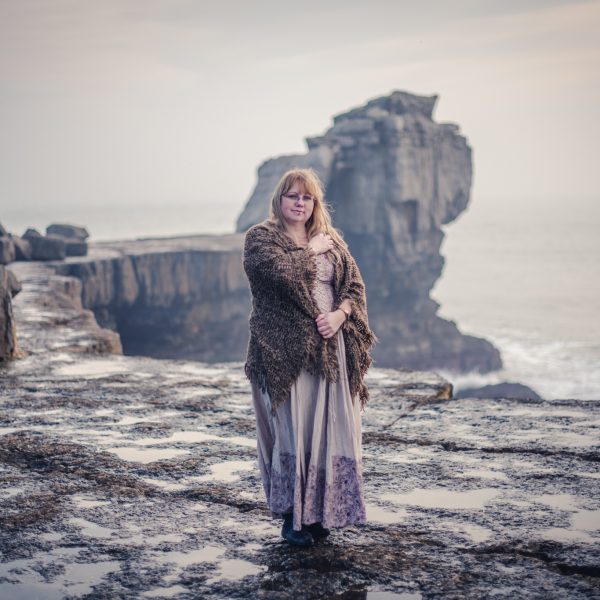 Styling a hippy maxi dress
I bought this dress from a magic shop under the shadow of a pirate castle in Lanzarote when we were on holiday last year. By that I mean that it was one of those shops with a tiny front and a little plank door and you have to duck low to get inside. Then you find the shop is massive and goes back and back and back until it comes out onto another street entirely. Anyway, it was from there, but if you want to try and hunt it out out, the label says Elora….. 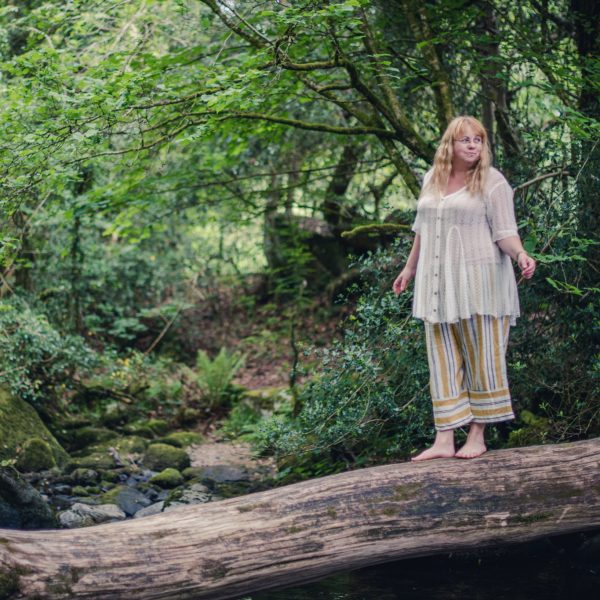 The perfect summer trousers – cropped linen trousers from F&F
I think I have actually found the perfect pair of summer trousers! They’re a beautiful soft linen, cut off at the right point, and have a good stripe!… 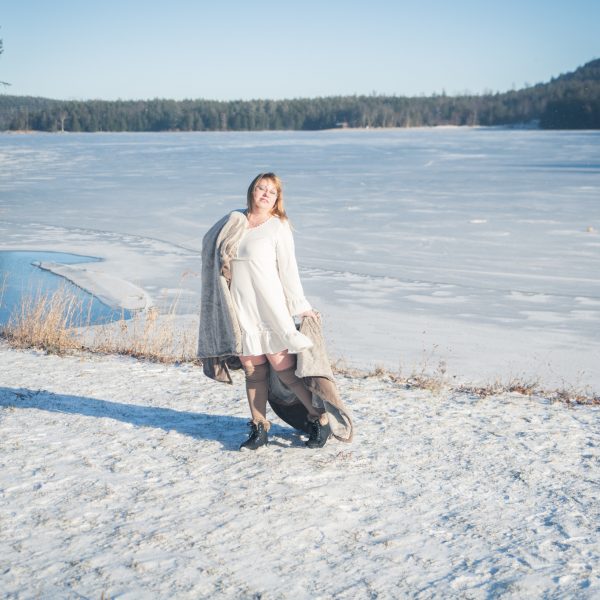 How to dress more creatively (part 4) Styling winter white
I wasn’t sure whether to put this outfit into my ‘How to dress more creatively’ series, because even I wouldn’t recommend bare thighs in the minus temperatures! However apparently there’s a saying in America that you shouldn’t wear white after Labor Day (early September) and I want to dispel this myth! We had fun with the photos and I wanted to show you the gorgeous dress – the outfit could always work indoors!…

The romance of a shawl