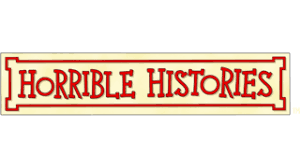 We saw this show at the Assembly Hall in Tunbridge Wells. (Family ticket for 4 cost £40 on the Wednesday evening)


My Mum was kind enough to treat me and the kids to see this show last night, and we all thoroughly enjoyed it. There was a little information about it on the website so I didn’t really know what to expect – often educational entertainment isn’t particularly succesful. However, this proved to be perfect for ages from anywhere between 6 and 14 I should think, and adults won’t be bored either.

However, the beginning was a bit dull. I found my eyes closing and there was that embarrassing moment of my head dropping backwards forcing me to wake up again! In fairness, I do find my eyes closing in lots of situations – usually in Sainsburys car park (in the car – not anywhere too weird!) or slumped over a bench outside my daughter’s gymnastics class – BUT when I’ve paid to be entertained I don’t expect that to happen. After the first half an hour though, the script picked up and there were several funny moments. My eight year-old was in hysterics!

It was basically a story acted out (with a few songs) by 5 well-chosen actors, often playing different characters in Egyptian history, but done in a non-confusing way. You will definitely leave feeling more knowledgable about the Egyptain way of life; their beliefs, especially about the afterlife; and of course everyone’s favourite bit – Mummies!

The second half was brilliant. We all collected glasses to see 3D effects on the background of the stage. The background scenery was all done by computer and you’re sitting there thinking Yes this looks pretty effective, and then all of a sudden (I won’t give away which particular bit) the whole audience collectively gasps and jumps back in their seats thinking they’re about to get hit. After that it really is an amazing 3D experience. The only other place I’ve seen this done was at the Terminator show at Universal Studios, so younger children may get scared. There was a lot of screaming going on, which didn’t help either and previously mentioned 8 year-old kept missing the clever bits as she was hiding under her coat.

I wish I could credit the writers and actors – especially the woman who was the best singer and the best comedian – but I was a cheapskate and didn’t buy a programme! And I can’t find them anywhere on the net either. So sorry about that.

Anyway, a great show touring the country, so look out for a venue near you.

The Wind in the Willows

Her chaperone looked the other way and she was able to meet her true love... #fairytale @ Sleepy Hollow, New York instagram.com/p/B71-0xxl3bv/…

‘You don’t scare me,’ the dryad said to the storm... #threadsofafairytale @ The Merry Maidens instagram.com/p/B71qX9MH5wM/…

The stories of last week’s Instagram photos bloglovin.com/blogs/when-i-g… on @bloglovin