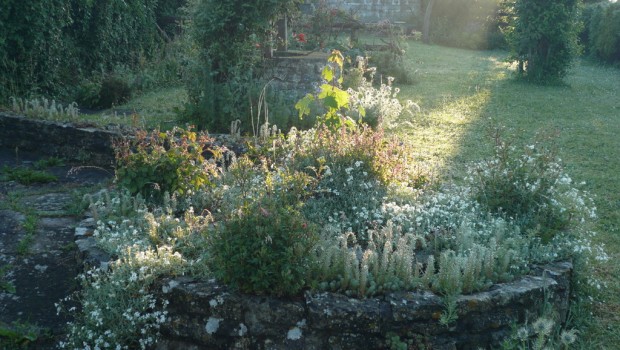 The changes to my plans after we’d moved and I could actually see the garden in front of me!

The first thing I had to do was search through tonnes of boxes for the one that had my pre-move garden design in it. I find it, tucked inside the hard-back cover of Alan Titchmarsh’s How To Be A Gardener Book1; and compare what I’ve drawn with what I’ve actually got. There aren’t too many changes to be made; some flower beds are bigger than I had thought, and some were smaller. The garden is far more over-looked by the cottages opposite than I realised, and the previous owners had sneakily taken the lovely rose arch that was previously sited two thirds of the way down. The biggest difference is the flowers! When we had visited in January and February, I didn’t think there were any at all; however, now at the end of May, it turns out I was wrong. I don’t have the blank canvas I thought I did.

Straight away I notice that the pale pastel theme I’d intended for the main garden is scuppered by three big brash and beautiful (but very orangy-red) clumps of ornamental poppies. I also set about trying to identify all of the flowers and take photos of everything for future reference. I did that whilst suffering from extremely painful tonsillitis about a week after we moved. I took these beautiful photos at 5am when I couldn’t sleep. 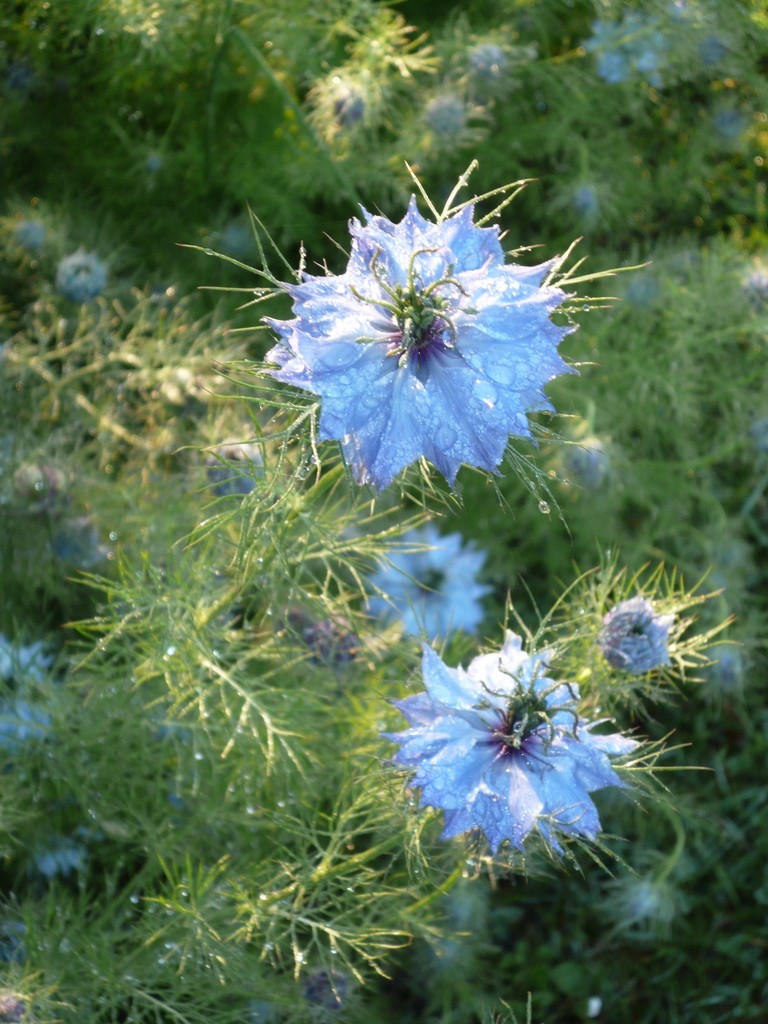 This has already proved useful as I very nearly pulled up a clump of leaves thinking they were buttercups in a flowerbed, when it turned out they were an early-flowering geranium. The leaves are similar, but I saw one of my first photos showing them in flower. I am also now extremely familiar with the RHS A-Z Good plant guide.

I am glad to have inherited established plants, but they are all in the wrong place. When you’re standing on the patio outside the back door, the view of the garden is completely blocked by a very large ceanothus and a massive Mahonia. I mark them down in my specially allocated gardening notebook to move against the road, but my Mum thinks that will kill them. The ceanothus looks stunning covered in bluey-purpley flowers in June, so I’ve decided to be content with pruning. We had one at our old house and I already know they’re fine being chopped back hard. I change my notes to remind myself to do just that after flowering.

I’m happy to risk losing the Mahonia – it’s simply no good where it is. We’re in serious need of evergreen along the road-side, so I’ll try moving it towards the back where it will act as security as well. I need to do this quick as the leaves are drying out and are definitely feeling sharper.

I’ve made a very long list of things I need to do in the garden, but I won’t bore you by writing them here as well. So far I haven’t had the time or the weather to do much. I’ll just have to learn to be more patient.