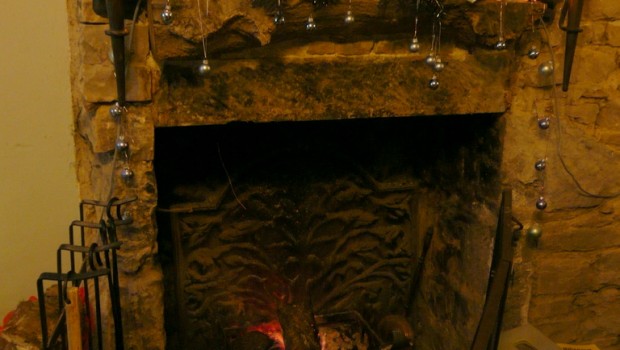 I’m catching up on my renovation blog now. This post is all about the fireplace in the living room that we sorted out last year. 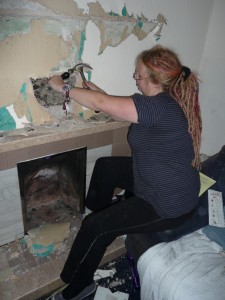 Considering this room was built in 1640, the fireplace that presided in the living room when we bought the house, was not really in keeping to say the least. I have no idea what tasteless decade thought this one was a good idea; perhaps it was high art deco fashion in the 1930s or the sort of thing that everyone was getting in the 1950s. I don’t know! But it had to go. Beige tiles for goodness sake?

It started, as you can see, with me doing a little experimenting; pulling off the wallpaper and plaster above it, to see what was underneath.  It was all a little confusing actually as there was a large granite slab across, which you would think would be the top of the fireplace, but then there were a few more stones filled in and a brick arch above that. We’re supposing that the brick arch was one of the earliest openings and as it’s so tall, was probably used for cooking in. Then they perhaps had a cooker elsewhere in the house, so made it smaller for just heating the room. Then in some recent time, they filled nearly all of it up with rubble, brick and stone and cement for the tiny thing that was left. 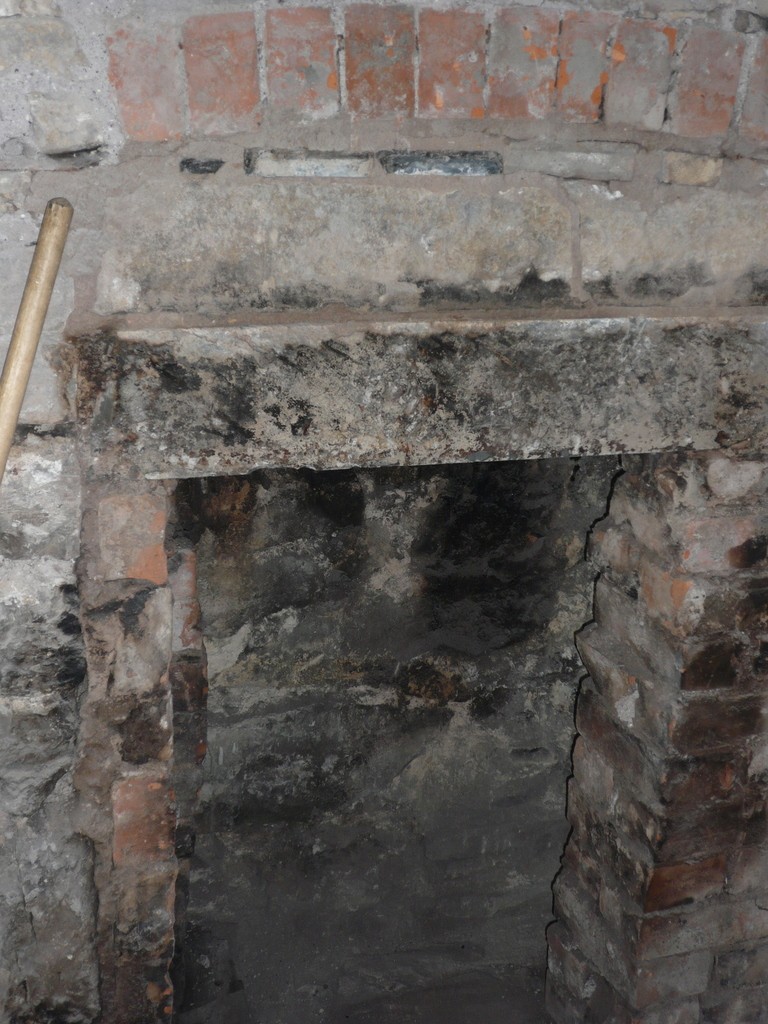 It took a couple of weeks to empty all that cemented rubble. It was constant dust and soot as both my husband and I took turns in bashing a heavy chisel with a hammer; taking out chunks of it into an old plastic bin, and then carrying it out to the pile for the skip in the driveway. Eventually it was done and my father in law swept the chimney (A recycling box and a half of soot) and we lit our first fire in June! It was still pretty cold in the house!

Before Christmas though, we were going to prop the fireplace up while we evened out the brick at each side of the fireplace. It had a single row on one side, but a double row on the other, which we thought were holding up that big granite slab. It turned out that through some sort of hidden support at the back; the brick wasn’t needed at all, so we 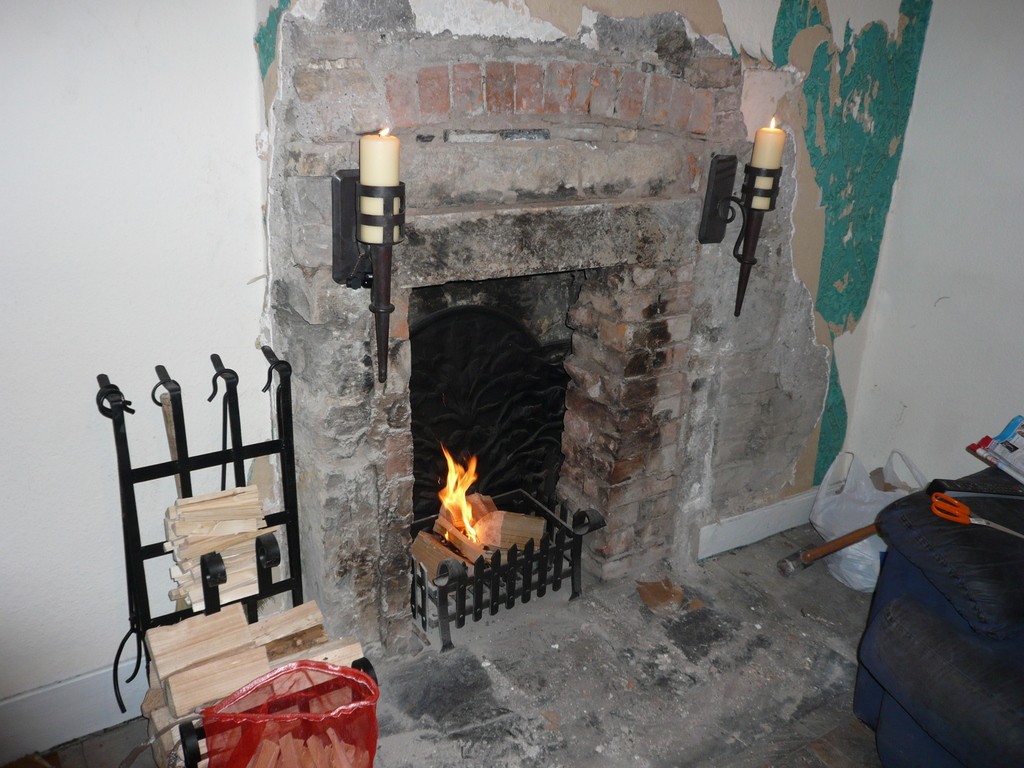 A fire in June!

knocked that out too. It looks so much better now. At the top of the page is the photo I took of the finished project at Christmas.