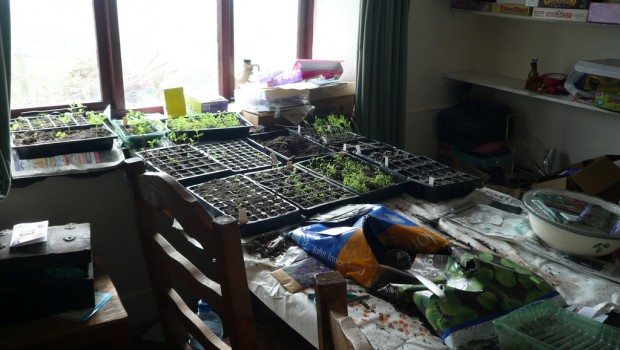 This is how I’m getting on growing a few plants from seed. I have Shasta Daisy, mixed poppy, poppy ‘Angel’s Choir’, verbena, delphiniums, sweet pea, candytuft ‘fairy mixed’, 2 varieties of sunflower, and cucumber and dwarf bean. For now. 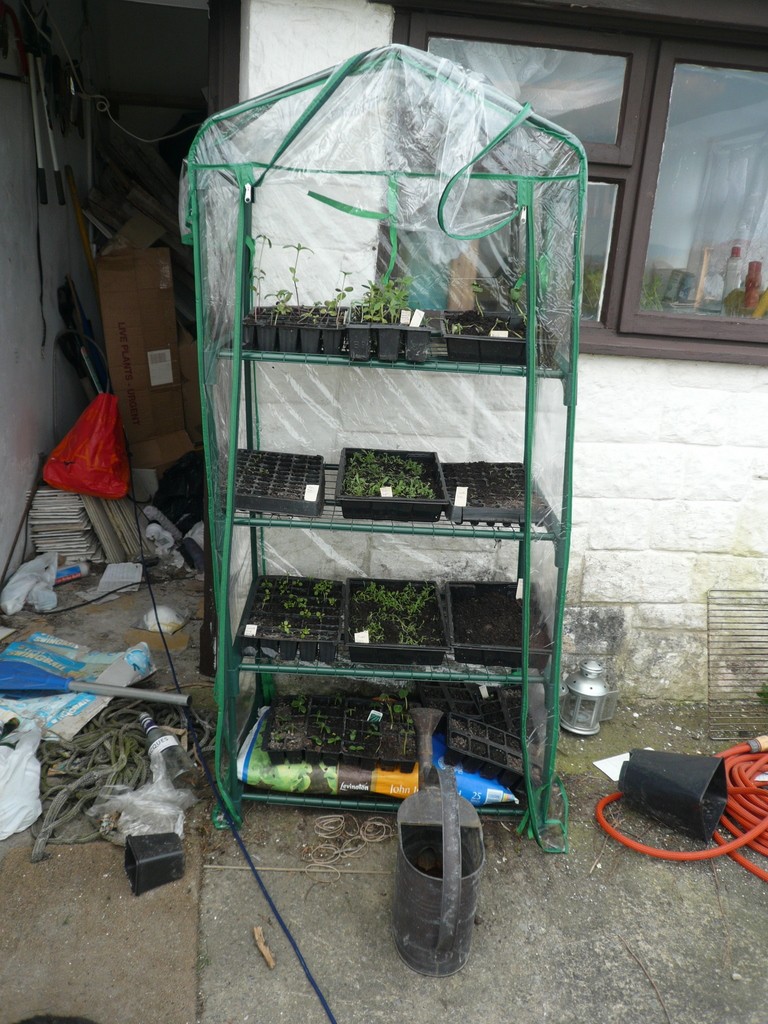 because of that problem.

After my plants’ first night outdoors, I unzipped the cover the next morning, only to find them all wilting in the heat. So I immediately watered them and left the cover open. In fact I didn’t close it up again after that. But it was only 2 days later when disaster struck. I don’t know what happened; there was no wind – perhaps a gentle breeze; but I went out to water them and the whole greenhouse had collapsed and about 3 of the trays were completely upsidedown.

The shasta daisy, candytuft and 1 tray of dwarf beans suffered the worst. I don’t want to risk this happening again, so for now, they’re mostly all on the windowsills of the shed, but I will re-construct the greenhouse inside the shed where it will get the sun. It’s a real shame, and I was gutted because planting all those seeds took ages. So if you’re looking for something similar, I’d advise you to go for something that has screws keeping the shelves and joints in place. 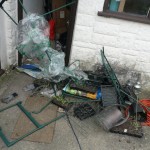 The greenhouse on the ground

By the way, the vebena and delphinium seeds I bought off e-bay were useless – they’ve been planted now for 4 weeks, and only 1 out of about 50 of each variety have actually grown. Annoying because vebena plants are quite expensive and I wanted enough delphiniums that even the slugs would get full up and some would survive! I’ll let you know how it goes.