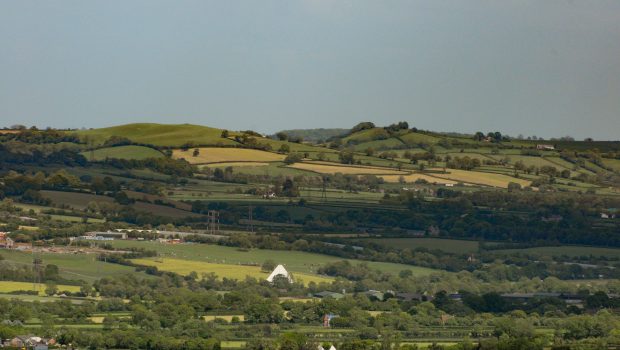 There many many Glastonbury fans out there; a large proportion of which get a bit nutty about the whole thing. I know, because I’m one of them! And I mix with others on the e-festivals website. The fact that I live in Pilton is quite intriguing to a lot of people, and before I moved here, I always wondered what it would be like. Here is a taster of my experiences so far, and the build up to the festival which will be in full swing in three week’s time… 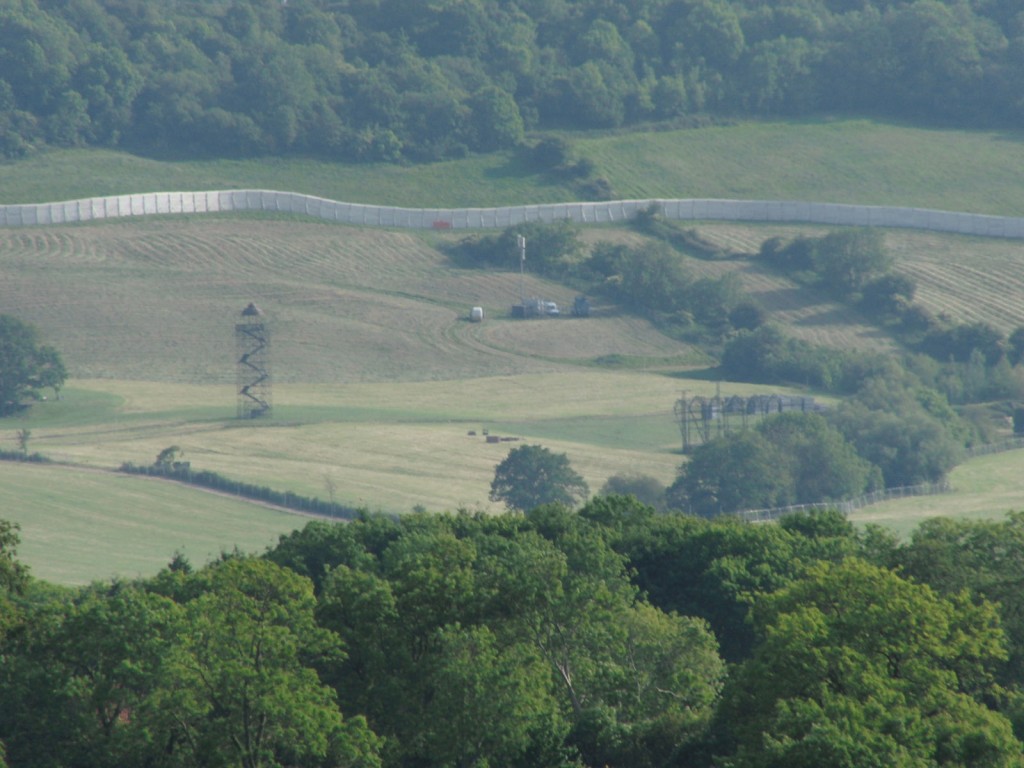 Three years ago, as the removal men were unpacking the van and delivering the boxes to completely the wrong rooms, a guy from the village came up to the fence to have a good old nose and to tell us about the rats in the cellar and the utterly awful time the villagers have during the festival. I looked at him sceptically. Oh yes, he said, You’ll have people camping in your garden, using your flowerbeds as toilets and throwing rubbish all over the place. People will just climb over your fence and walk on down to the festival through your garage robbing everything in their wake. And there’s nothing whatsoever you can do about it.

I didn’t believe him for one second; I had thoroughly quizzed the previous owners and the village festival liaison person. However, this is the sort of thing that used to happen in days gone by. I would have been rather sceptical about moving here prior to the super fence, and certainly anything longer ago than 15 years, I doubt I would have risked it – even for the free tickets. I think there is still a fair amount of resentment towards Michael Eavis and the festival, despite all he’s done for Pilton and his efforts to appease the villagers. There are residents who have lived here for many decades and have had to put up with a lot. 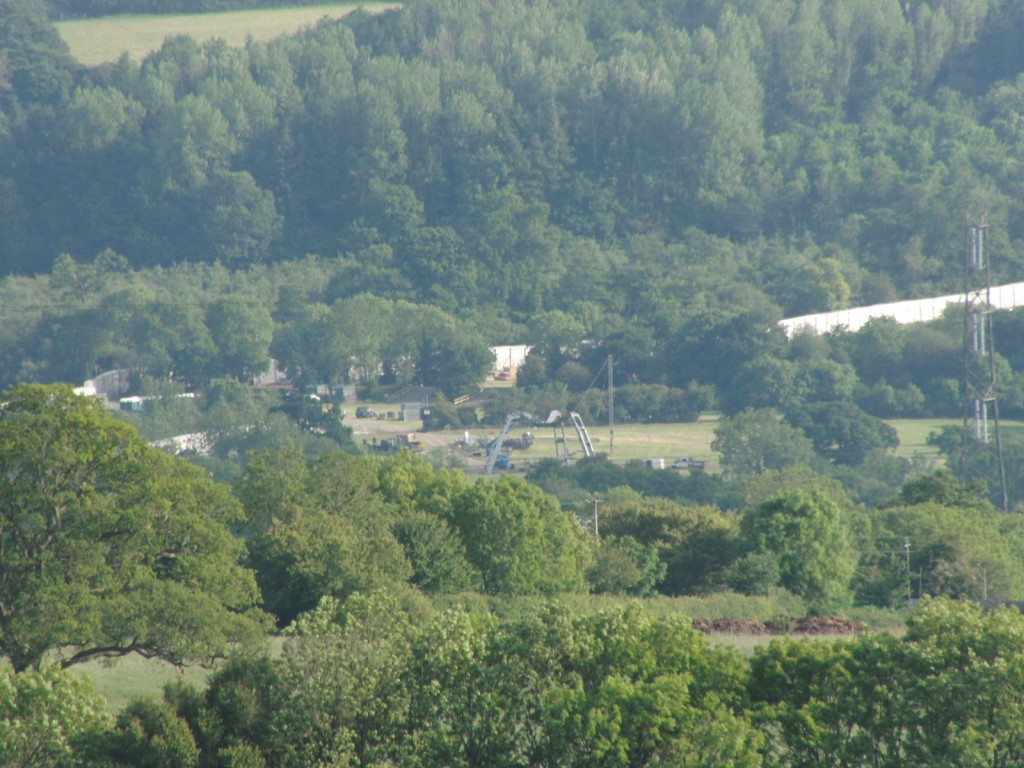 On the plus side, Glastonbury festival has paid for the new cricket pavilion; the complete overhaul and extension of the Pilton Working mens’ club/ village hall / post office / youth club;  the rebuilding of Pilton tithe barn and many many smaller projects. In addition, almost all local schools have teams of volunteer parents stewarding at the festival in exchange for handsome payments boosting the PTA finds considerably.

We’ve been coming to the festival every time since 1995, and it’s so weird to think of all the times we drove past what would become our future home and having no idea we’d even consider moving here. We even found the house in the background of some of our old photos! The festival wasn’t the reason for moving to Pilton – we just liked the general area, and nearly didn’t consider this house for being on the main road. The estate agent wasn’t going to mention it at all – it was the previous owners who pointed out the stone circle opposite. How cool! However, with our youngest of 2 kids being 13 later this year – we are now extremely grateful for the free tickets – I don’t know if we could go the year after next otherwise. 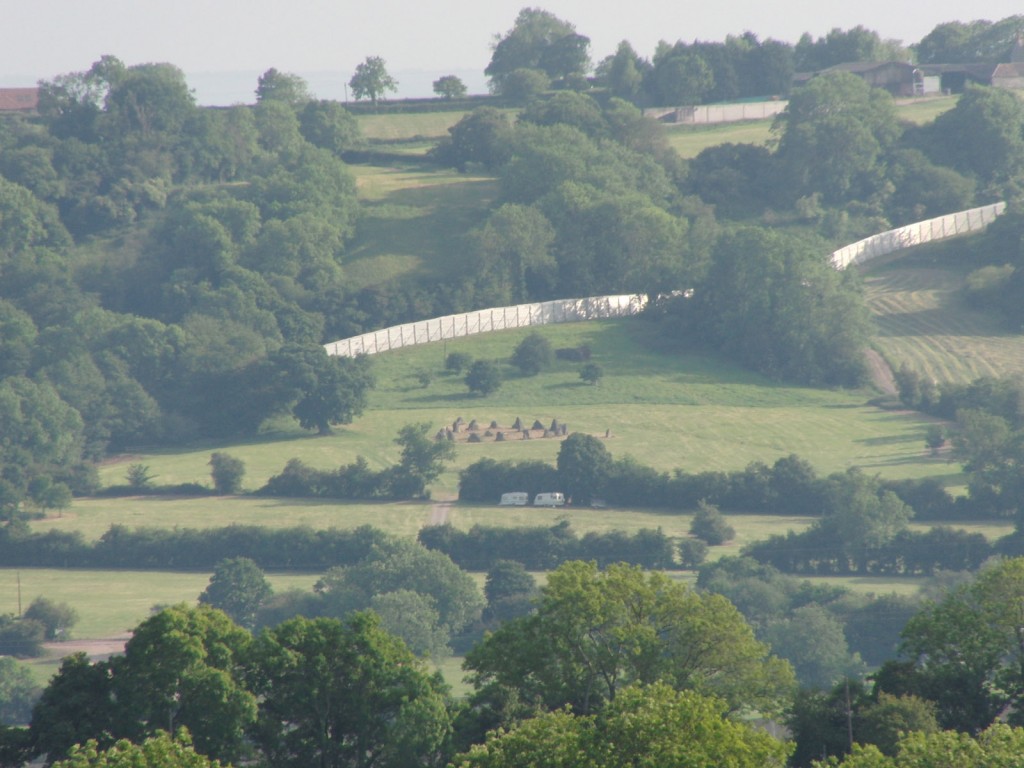 We invited family to stay during the first festival so they could keep an eye on the house for us while we were in the festival. There was no no need. We have a security point near us if there is any trouble – but really the worst thing that happened was a double decker bus getting caught in traffic outside the bedroom where I was in a state of partial undress. (Must get those net curtains sorted.)

The litter is a shame. People chuck their rubbish in our garden despite the cool bins we have placed in the driveway. The majority 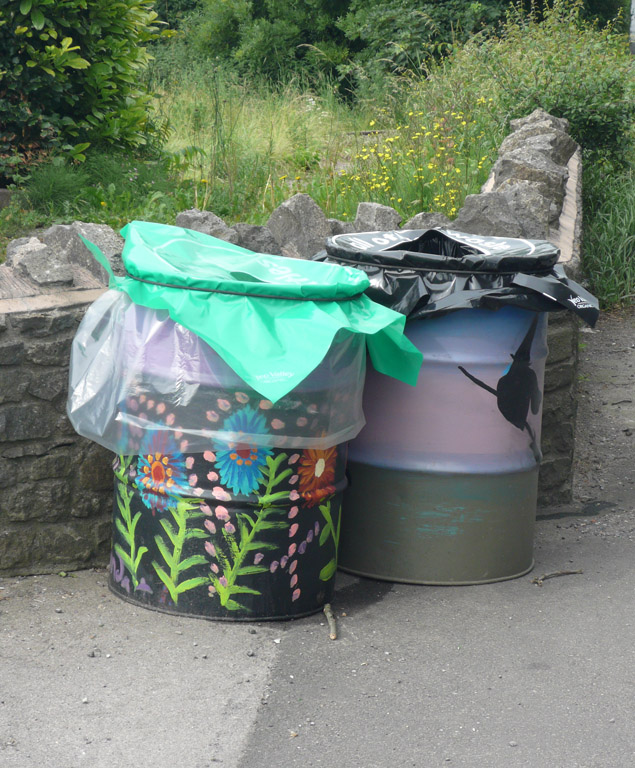 of people are more considerate though. And it’s a pain constantly being woken at night throughout the week by beeping horns because it’s the first / last view of the festival. Happy to have that instead of the bangs on the tent with ‘want any pills?’ (pre family camping) or babies crying (family camping). Lots more to say including the camp or not to camp debate in part 2.

Thanks for the photos and your experience of the festival. I am heading south from Inverness to attend for the first time. I am keen to walk to the Torr. How far is it from the festival site.

Hi! The tor is about 5-6 miles from the festival site, so it’s going to take a bit of time. I’d do it before or after the festival really – before for the solstice experience.

Have a fab festival! You’ll love it!

Hi there. Great pics and a lovely piece on your life in Pilton. I have a question re travelling to the site. The last few years I’ve been stuck in lines of traffic from Bristol to Shepton Mallet and have been considering an alternative route. What I’m thinking is to travel on the M5 and then exit onto the A371 to Wells and then onto Pilton. Will that work???? Going home is obviously a different matter as it all depends on the traffic getting out of the campsite. We’re staying at Windinglake Farm by the way just outside the fence.
Regards & have a great festival.

Hi Paul
Thank you 🙂 To be honest I can’t help you with great conviction about your traffic problem as I’ve never gone anywhere during the festival other than down the road! However, I think you’re on to a good thing trying the Wells route. Most people coming from anywhere north will most likely take the Shepton Mallet road, leaving the Wells road free. I hope so too anyway as I have to go to Wells on Thursday evening this time for Parents evening. So I’d say give it a go – but don’t tell too many people!
Helen

Cheers Helen. See you at the Cider Bus!!

Your Panoramic images come in very handy as I can zoom in on my crew camp.