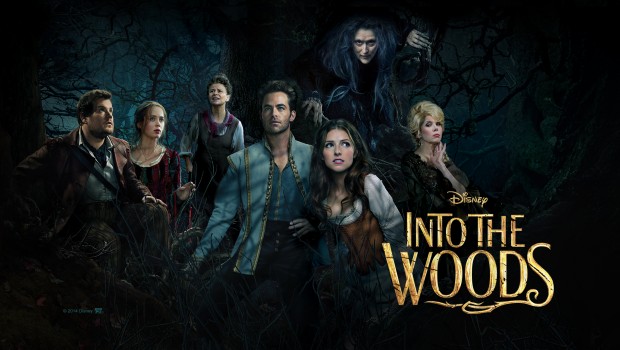 The problem about having an engaging trailer and a really good cast is you go to see a film with high expectations. I enjoy musicals and I love fairytales, so as you might expect, I was thoroughly looking forward to Into The Woods. This is how I imagine the conversation in film-making offices went….

‘I have this fantastic idea for a film – let’s do one with lots of fairytales altogether.’

‘Ok. How will it be different from all the other fairytale live-action films we’ve had lately?’

‘Well; this one will have lots altogether, not just one fairytale.’

‘Ok…yes, I can see that working. Musicals are big at the moment.’

‘Yes! And we’ll do it like Les Miserables, so they’re talking, but actually singing.’

‘Ok then. Won’t it be expensive to employ someone to compose some fantastic heart-thumping songs that no-one will forget.’

‘Nah – I’m sure the usual script writers can do it.’

‘Yeah – after all they’re really only talking, but singing; there isn’t a lot of actual music involved. And all the characters can sing the same song, but slightly different. And we can have a long gap in the middle, so when they all sing the same song again at the end everyone will have forgotten.’

‘So will it be aimed at adults or children?’

‘Will it be serious and emotional or lighthearted and fun?’

‘Will it have a happy ending or some dark twist to it?’

‘I suppose it could be tongue-in-cheek. That would be different from the other fairytale films.’

‘Good idea! I’ll put a bit of that in somewhere. But none of that matters anyway because I’ve got Johnny Depp to play the wolf and Meryl Streep to play the wicked witch.’

‘Excellent! Who else shall we cast?’

‘James Corden. He can fall over a lot. And he’s presenting The Late Late Show soon so that will get the US viewers in. Emily Blunt – everyone loves her. We’ll get the cute boy from Les Mis, just in case no-one notices that we’re trying to do that talking, but singing thing that Les Mis does; and a smattering of recognisable actors like Lucy Punch being one of the Ugly sisters.’

‘Wasn’t Lucy Punch one of the ugly sisters in the Anne Hathaway version of Cinderella? Won’t that just remind people there are already quite a lot of fairytale films out there?’

‘Ok then; well we’d better get started on figuring out some of those questions I asked earlier.’

Ok, that’s my behind-the-scenes script done! Maybe you picked up on some of the problems with this film. My favourite part was when the two princes were trying to out-prince each other, pulling open their shirts whilst singing amusing lyrics and jumping across rocks near waterfalls. It was hilariously tongue-in-cheek and we were all laughing out loud. However the next minute you’ve got a highly emotional scene between Rapunzel and the wicked witch. You’ve got a couple desperate to have children and cheesy scenes with Cinderella talking to birds. The whole thing was so confusing it was a mess. Not only about where it was coming from, but also the plot didn’t make sense half the time. For example, Red Riding hood is cut out of the wolf’s stomach, she and the song are moving on, then all of a sudden there’s a weird flash-back to her getting swallowed by the wolf. It takes a minute to realise it’s a flash-back and not happening again. (Spoiler alert) The witch gets her beauty back and appears to have lost her magic powers as she can’t curse Rapunzel’s prince, but a bit later she goes a bit mental and throws magic sparks around and then is swallowed by the ground. What on earth was going on there? The Baker’s wife out of the blue snogs Cinderella’s prince and blames the strangeness of the woods – fine if the woods had made people act strange before, but it hadn’t, so it was just completely out of character. After that, what happens to her is just wtf?! Jack’s Mum dies by being pushed over onto a bed of soft leaves. Then at the end they’re setting a trap for the giant and then they sing about worrying about killing someone, but they still go ahead and kill the giant anyway.

It’s such a shame because it is a good idea – I just feel that they didn’t spend enough time thinking things through beyond that idea and hoping that the excellent cast would save it. I really liked the first plot – the witch sending the baker and his wife into the woods to collect things to remove the curse, but they should have put the dark twists in the middle, rather than have the happy ever after and then a mess of an ending that seemed to drag on and on. It was all very disappointing.

The Hobbit – Battle of the Five Armies