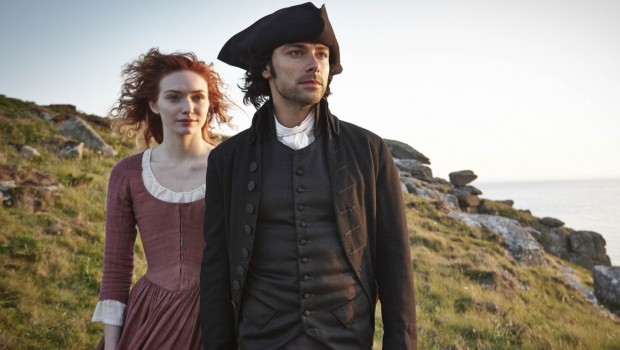 Well, we’re three episodes in, so I’ve given this new Poldark series a good chance before writing the review. Firstly, I have to say that I am a massive fan of the original 1975 series. My sister and I watched it first when it was repeated in 1988 and I couldn’t believe the fact that the boy called Ross in my class was actually named after the main character! (Spoiler alerts coming up if you haven’t yet caught up!) 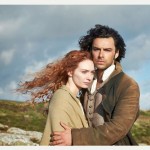 I’ll be honest, the books by Winston Grahame didn’t grab me at first, and found them too slow, but I’ve listened to the audio books that I could find at least twice and am currently doing a re-cap. I heard that this series was meant to be more closely related to the books so I wanted to refresh my memory. I’m glad I did because throughout these new episodes my husband is constantly remarking on the differences to the first series, and I can knowledgeably tell him whether or not it is accurate to the books! We’re always telling off the kids for talking through programmes, but we find ourselves being the worst culprits because we can’t help but mention comparisons.

The first episode was a little bit disappointing as I felt it lacked some oomph; but it has picked up a bit since then. Unlike some of the fans of the original, I don’t have any problems with the new cast and can quickly see them fitting their characters. Francis Poldark took a little longer, and I’m yet to picture him being the charismatic life and soul of a party like he is in the books, but we’ll see. I’ve been a fan of Aiden Turner since Being Human, so was delighted at him being cast as Ross. (I was always a bit disappointed that I never fancied Robin Ellis!) I loved everything about the scenery and the acting, but not so happy about the editing. They have been put under too much pressure by trying to fit in 2 books into an 8 part series and it just doesn’t work. There is no time for anything. No time to really grasp who the smaller parts are and no time to really get the feel of anyone’s characters. There’s a ridiculous amount of music; it’s like pieces of music and montage along with stunning shots of Cornwall strung together with tiny snapshots of dialogue. You can’t feel Verity’s pain at losing Captain Blamey because it looks like they only knew each other for about a week, not the six months it should have been, so I find myself constantly explaining things like this to the kids as they haven’t seen the original series or read the books. With its popularity, I’m really hoping they can slow down in future series and even cover only one book for each.

My favourite scene so far is when Demelza walked in on Ross and Elizabeth talking the day after they’d..you know..and you could tell by everyone’s expressions that they all knew 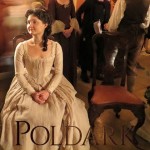 what was going on. Really well done! And of course, I adore the costumes. I wish we’d seen Demelza’s wedding dress in its entirety. Verity’s at the ball is my favourite at the moment, though I do like Elizabeth’s velvet riding jacket too.

I can’t wait for tonight’s episode.