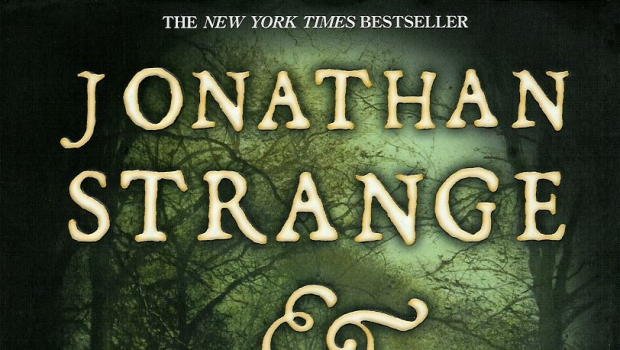 I cannot express how excited I am about the television series starting on BBC1 this evening, and I cannot believe I haven’t written a review of the book before now. If one day I am famous and interesting enough to be on Desert Island Discs, this would be the book I’d choose to take with me….

Although I have a copy, I haven’t actually read a printed book, (I don’t have as much time as I’d like to read), but while I work, I have listened to the audio book read brilliantly by Simon Prebble a round total of ten times. The first three were straight after the other because as soon as you’ve finished you want to start again. I love it so much!

It’s an altered history set during the Napoleonic wars at a time where magic is studied, but the practical use of it seems to have been lost. That is, until Mr Norrell and Jonathan Strange come along. Beginning with bringing Lady Pole back to life (with the secret aid of a fairy) and ending with a struggle against a dark curse, the book follows their relationship with each other and with magic itself.

If fantasy isn’t your thing (it isn’t really mine); don’t let that put you off from trying it. It’s more like a historical gothic fairytale full of war, romance, friendships and dangers. Vivid descriptions take you from Yorkshire, to Shropshire, to London and to Venice and back. The footnotes, which sometimes take up entire pages, refer to fictional sources which adds to the feeling that you’re reading an actual genuine account of a real story, rather than something made up. Sometimes the pace can be slow, but it adds to the suspense leading to an interesting and inevitable ending, that leaves you wanting more, despite being quite a door-stop of a book.