What to do with your leftover rhubarb 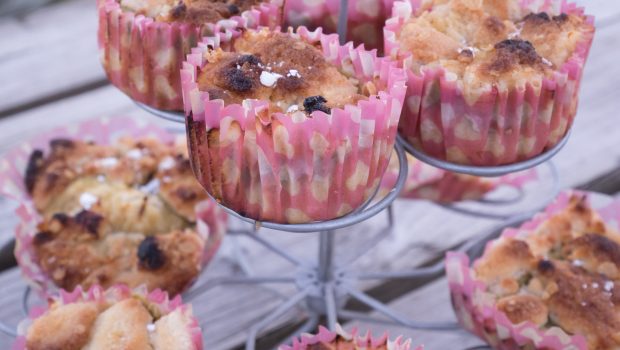 Rhubarb is virtually indestructible and is about the only fruit or vegetable I can rely on in the garden! My rhubarb was inherited from previous owners of our old house and moved with us to this one, so is at least seventeen years old. It just keeps on and on growing from March until the first hard frost. If you’re the same and still have some left and are bored of rhubarb crumble and thinking, What shall I do with my rhubarb? then here’s a couple of suggestions: Rhubarb streusels and rhubarb muffins. Both these recipes have been adapted from magazines, and you’ll need plenty of paper cupcake cases. The streusels especially, are a hit in the family….. 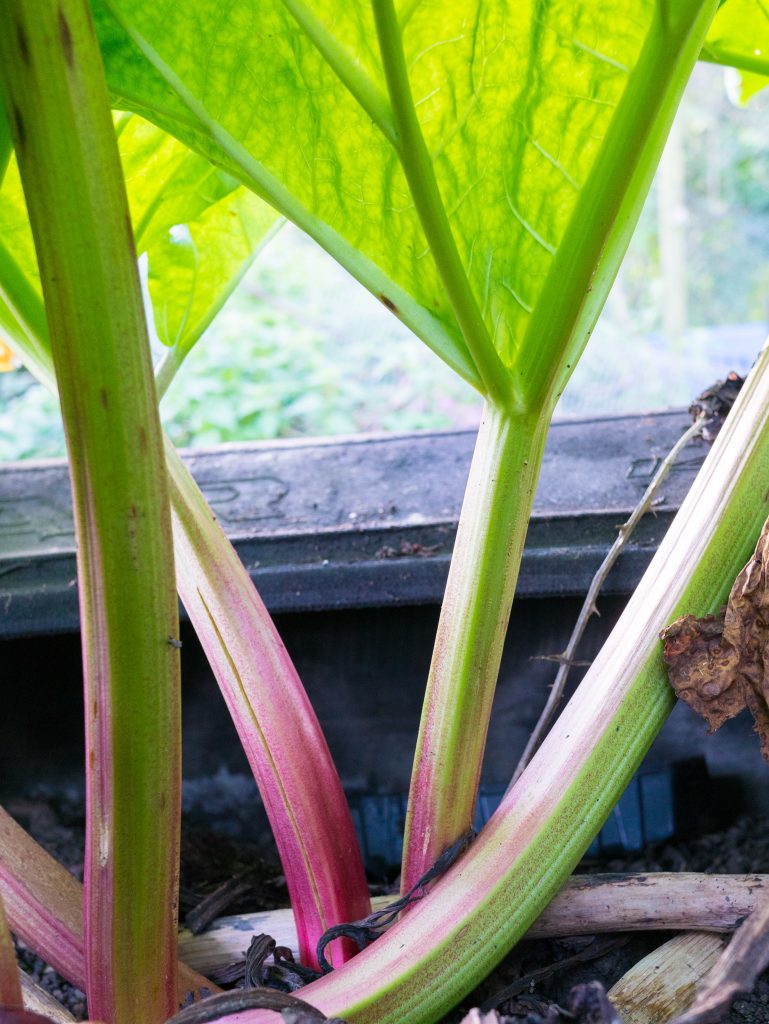 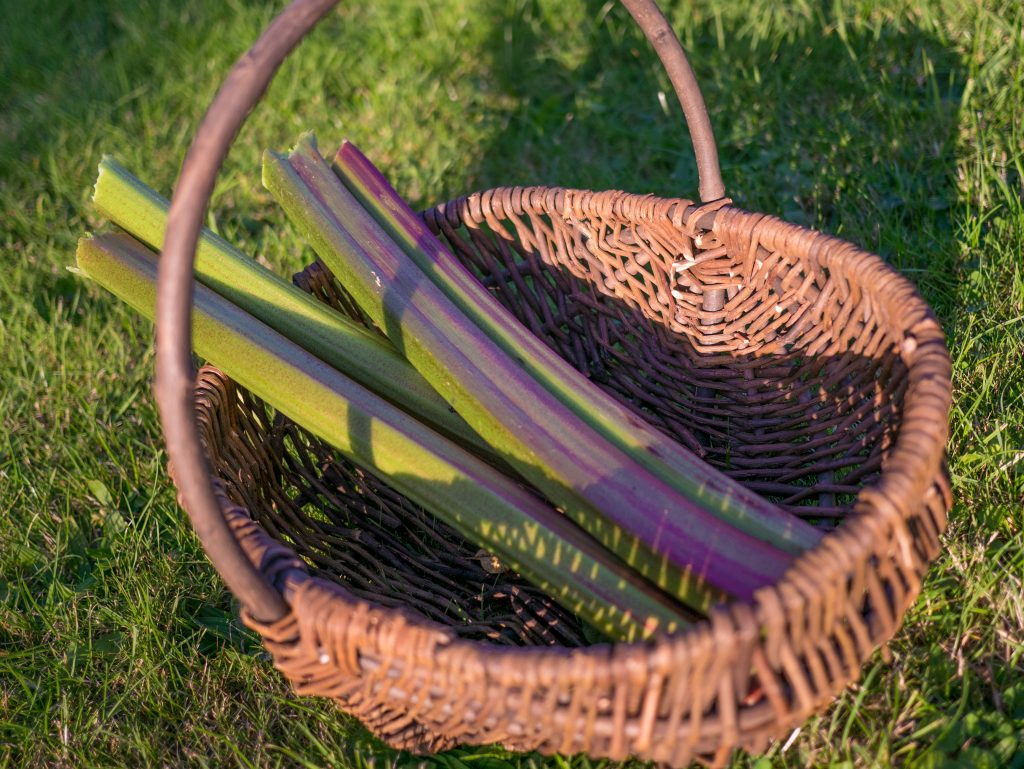 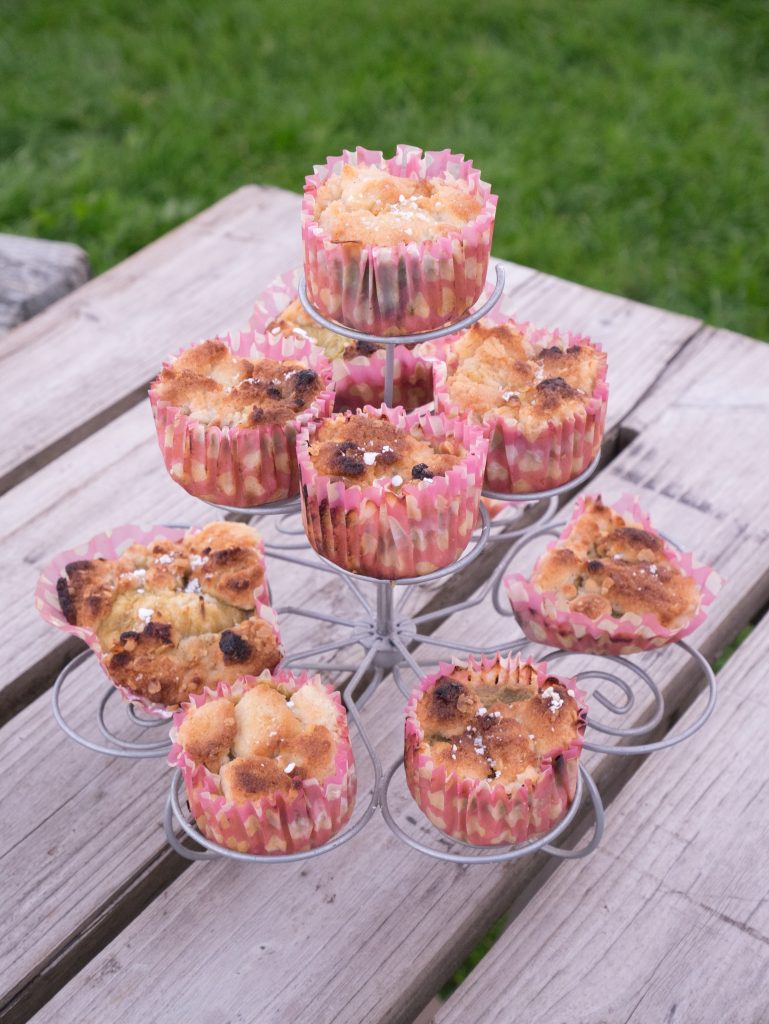 Verdict: Delicious! Even those in the family who don’t like rhubarb liked these! Even teenagers at my daughter’s party liked them. Even my 4 year-old nephew liked them. Success!

The rhubarb muffin recipe is a bit weird! I altered it slightly by replacing plain flour and baking powder with self-raising flour, (I always do this) and I didn’t bother with infusing a vanilla pod in milk and all that nonsense. In fact, when I was half way through, I realised that the instructions were rather useless and would be impossible to follow if I was making them accurately! It’s from a very old Country Homes & Interiors issue that I’d torn it out of and kept, and apparently taken from a book called Rhubarb by Sandi Vitt and Michael Hickman, if you’d like to have a proper go!

I sometimes wonder if they make magazine instructions deliberately difficult to follow so you’re encouraged to buy the book. Anyway, this is my wildly adapted version:

(Weirdly, all the ingredients are measured in millilitres. So I had to use a pyrex measuring jug and hoped it was more-or-less level. When I do these again, I’ll weigh everything and come back and update this for you.)

310ml brown sugar. (I doubled everything as I had so much rhubarb and actually used half brown and half white sugar.)
125ml oil. (I used rape seed oil.)
1 egg
250ml milk (I just poured it in till the consistency felt right, so it was probably less than this.)
625ml self raising flour
About 3 stalks of rhubarb already chopped and cooked with a bit of water in a saucepan. 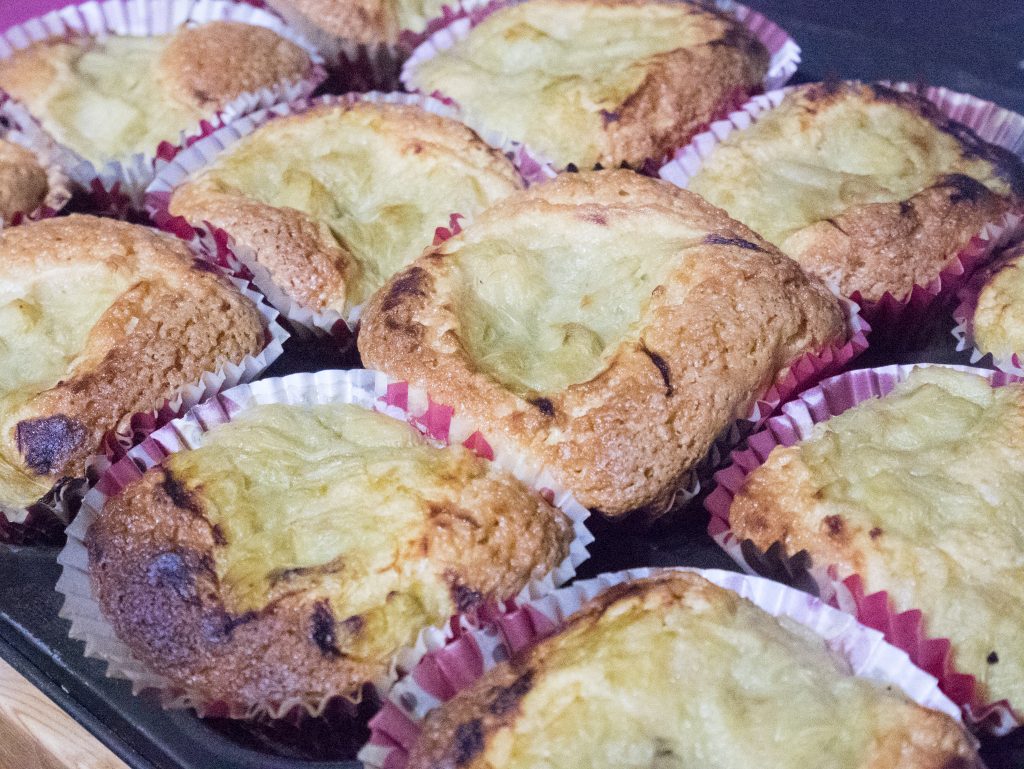 Verdict: Very nice! Definitely don’t use this recipe for normal muffins – the rhubarb was essential otherwise it would be far too dry and bland. Some of my muffins only had a tablespoon of rhubarb and could have done with more. If you only have cupcake-size paper cases, then only fill half way with the muffin mix or they will rise too much and spill outwards. 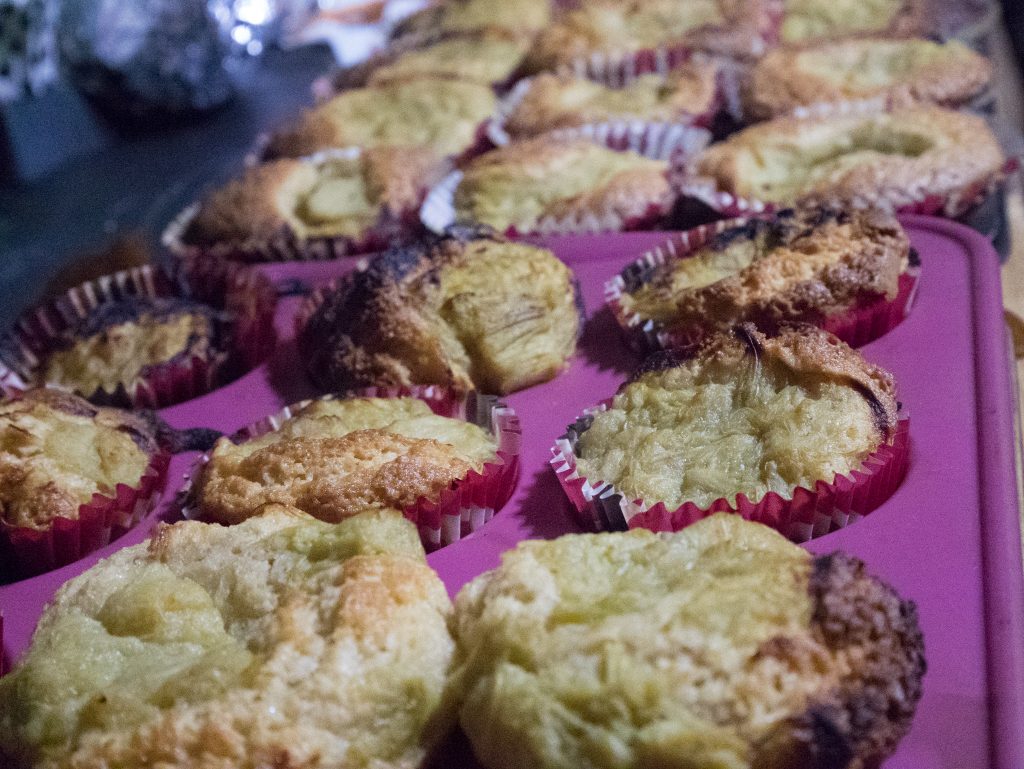 These are probably not as nice as the streusels, but as spoons aren’t needed to eat them, these are better (and cheaper without the ground almonds) for handing round at a picnic or for school lunch boxes. If you don’t have rhubarb in your garden, why not add them to your shop this week and give them a go?!

What is your favourite thing to cook with rhubarb?

How to style a simple grey t-shirt