Does a Fitbit make you fit? (Review of the Fitbit watch) 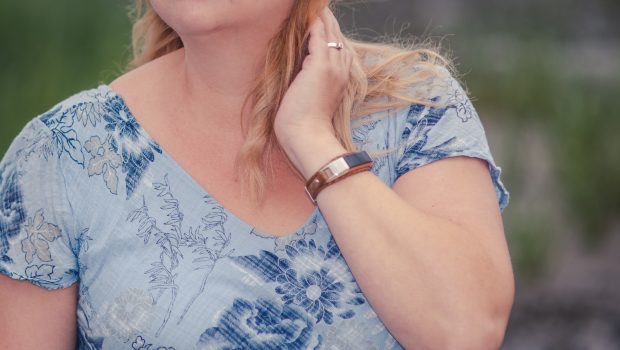 I’ll be honest, I was’t totally sure about the fitness tracker bracelets, but it was a new gadget and as my husband likes new gadgets but doesn’t do much fitness himself; he has bought them for me instead!…

I began with a Jawbone Up band a few years ago when it was my birthday when we were on holiday in America and they weren’t available in the Uk yet. It was interesting to see my heart-rate and miles I’d walked and particularly sleep patterns as I was having difficulty sleeping then. The main annoyance was wearing it on my right wrist as my watch was on my left (it didn’t tell the time) so I had no free wrist for a nice bracelet, and it often got in the way when I was writing. So that progressed to the fitbit. 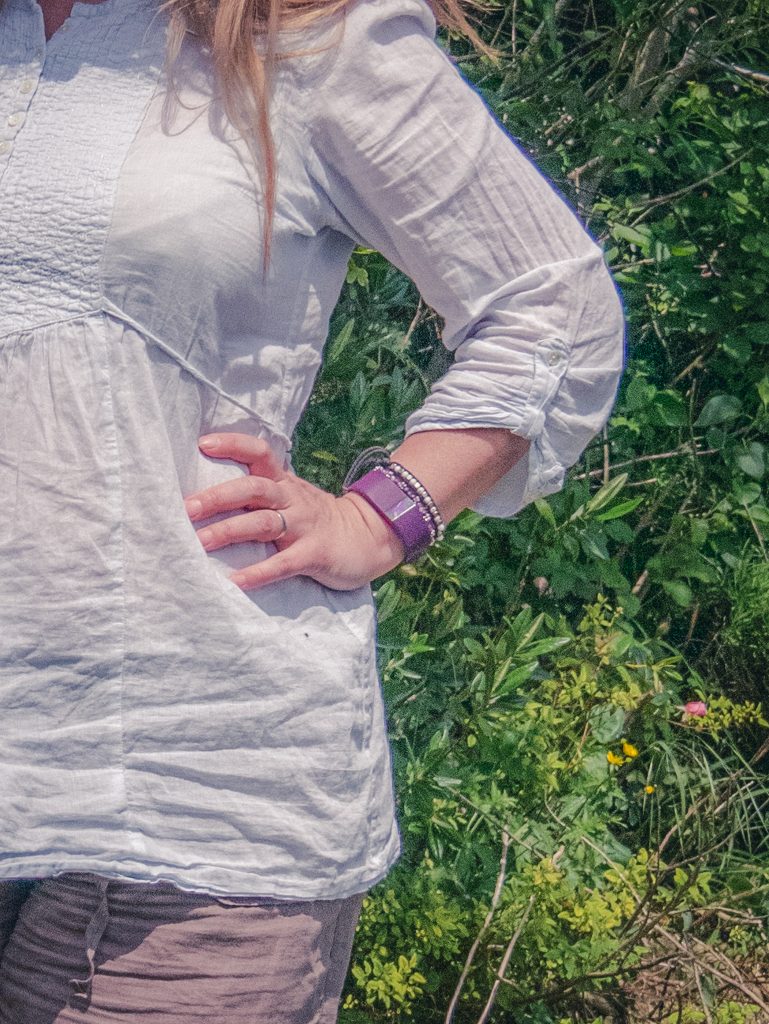 It was in a flash sale on Amazon, so Chris bought me the Fitbit Charge HR in purple and I was happy that it was a watch as well, but slightly sad that it meant I no longer wore a nice watch. Fitbits just aren’t pretty! Also the rubber irritates my skin and it needs charging all the damn time. On top of that it was a pain remembering to take it off for blog photos as it spoiled the pictures. The cons were outweighing the pros, so after a couple of years I decided it had had its money’s worth and I told Chris I was going back to a normal watch. ‘But now there’s a new Fitbit you can get different straps for” he said; and convinced me I wanted the Fitbit Alta watch and went ahead and bought me one!

It’s not that I don’t appreciate his generosity, it’s just that I wouldn’t have spent that money on myself on something like that, and when he told me he’d ordered one; I sighed.

However, I have to admit I’m being converted to the Fitbit Alta I’ve been wearing it for three weeks now and it’s such an improvement on the last one. I immediately took off the rubber strap and changed it for a leather one with little leather plaits running each side of it. It looks more like a friendship bracelet now, but with a silver clasp and rose gold sides. It’s perfect for summer, and when autumn draws near I can change it for something else. I love this! It makes it fun and pretty and I don’t have to take it off when Chris is being photographer for my blog and instagram photos. I’m still not happy with the height of the Alta, It’s fairly thick and stands out more than the old one, but looks so much better it almost doesn’t matter. 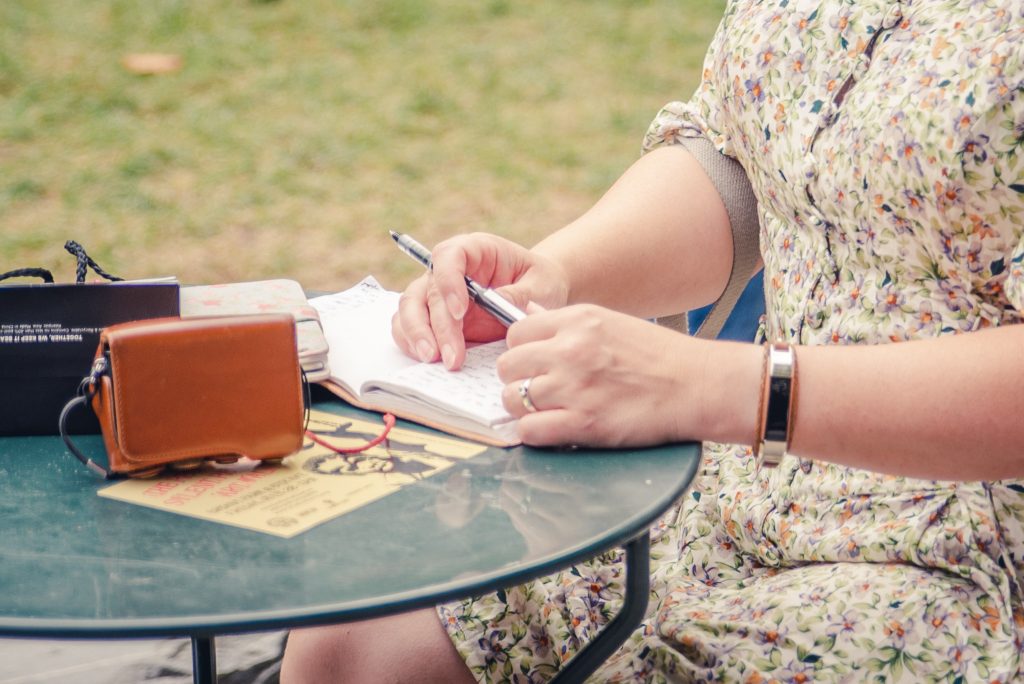 So now most of the cons have gone; all I’m left with is the pros. If you’re new to the Fitbit I’ll quickly explain how it works: the watch face stays black most of the time, but reacts to you turning your wrist to face you and lights up with the time and whatever else you like, such as the date or your heart-rate or just the time. It usually works, but if it doesn’t, you double tap the screen to show you. You can then tap the screen to scroll between various fitness related information. I have set mine for heart-rate; calories burned; number of footsteps and how many miles I’ve walked. You can also choose which order to show them to you. I have my heart-rate first so I can keep an eye on it when I’m exercising – which is important for me as I have an irregular heartbeat and don’t want to push it too far.

The Fitbit Alta connects via bluetooth to your computer which then shows you graphs and pie charts etc to help monitor how your fitness is going. My interest in this goes up and down – I generally only look at it if I know I’ve been doing well! It’s like someone’s there to give me a pat on the back (because no-one else cares!) There’s also a setting when you reach 2350 calories (or whatever you choose to set it at) the band buzzes and gives you a little firework display on the screen! This is pretty cool.
I have to say the buzzing isn’t as strong as on my old fitbit, and less reliable as a morning alarm (that’s another thing it can do), but that could be down to my choice of unofficial strap. 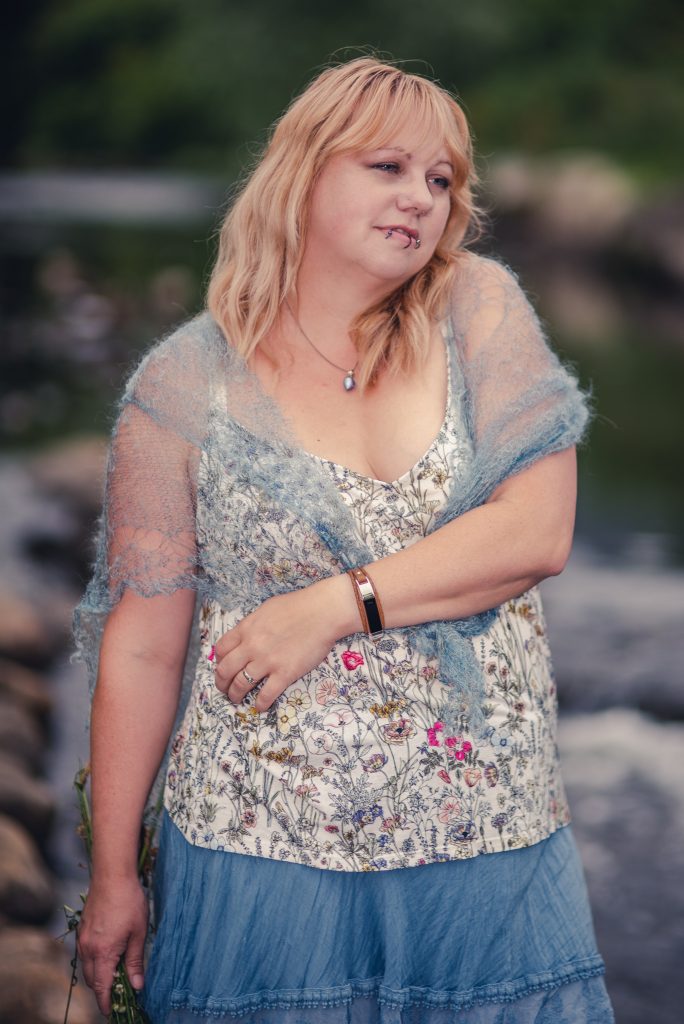 I don’t know whether it actually helps my fitness though. I don’t generally remember to look at my numbers when there’s time in the day to do anything about them if they’re too low. However, the carrot method might work. I do want those fireworks to go off, so maybe without necessarily making a mental point of it, I make more effort the next day to make sure they do!

The other bonus is that I now have proof. At least proof to a certain extent – who knows how exactly accurate they are. But as someone who for last fifteen years have been trying to convince my doctors that I need more thyroid medication, but all they do is send me off to a nutritionist and look at me like they don’t believe me when I tell them how much exercise I do. At least now, when the next fight comes, I’ll be ready – I can just bring up the app on my phone and show them how much I do. This new one can even be worn swimming, though I haven’t tried that out yet.

So overall, yes I do recommend the Fitbit Alta. It tells me I’m doing well; looks classy; helps me keep at the optimum heart-rate when I’m jumping up and down to a Blogilates YouTube video in my living room, and tells me how many miles I can brag about walking round Glastonbury Festival!

Addendum: This is one of those blog posts that I wrote ages ago but for some reason am only just getting round to posting it! I only mention it really because I’m actually on the look-out for a new watch, so if you see me shortly in new outfit posts wearing a different watch and you’re thinking: But she only just got a new Fitbit Alta watch! – actually, that was a couple of years ago now! I do still like the Fitbit, but I do get fed up with the fact that it doesn’t always show me the time when I lift my arm up to look at it; and the sensitivity on tapping it isn’t great, so you end up tapping it over and over, so then it flicks to your heart-rate etc and you end up giving up on the fact that you just wanted to see the time.
Something I didn’t mention before is how good the battery life of the Fitbit Alta is. Mine is still lasting me about five days. So that’s something to consider if you’re choosing between this and an Apple watch. My daughters have given up on their three year-old Apple watches because the battery doesn’t even last one day.

How to wear your summer dresses in autumn!