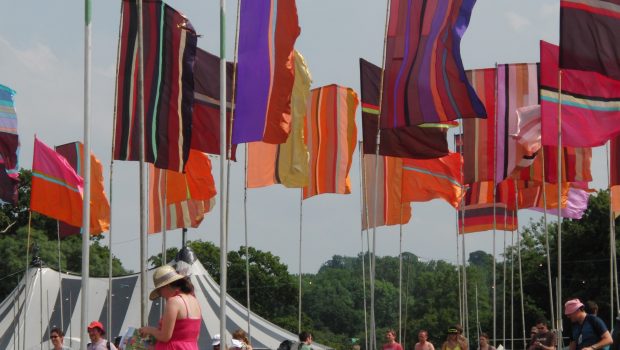 I can’t really say I’m a fan. I didn’t think much of her first album and the songs were ok, but nothing I’d go and buy. However, I really like the new one, so I was looking forward to see her again.

We watched her at Glastonbury the year before last, and we enjoyed it, but more for what she said between songs than the music. However this time, she talked less, but the music was so much better. The songs are actually really personal and she seemed quite emotional at times from what I could tell from the big screen. There were too many flags in front of the stage to actually see her (I could rant about those bloody flags, but I won’t now). So anyway, I thought she was really good and well worth going to see at one of her many dates if you like her songs.

The Prodigy at Glastonbury Festival 2009