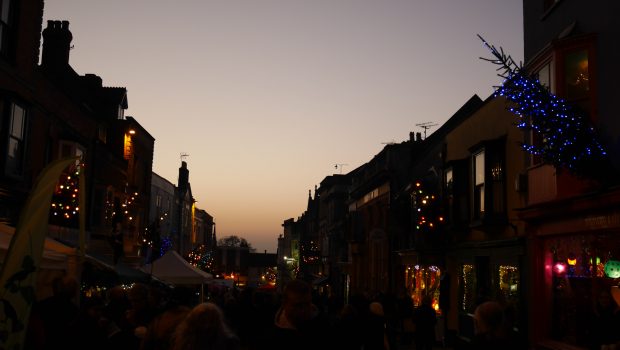 You can’t fail to notice Lilith, about a third of the way up the hill on Glastonbury High Street; its shop window display is always stunning and draws you in, but beware….

Unfortunately they sell beautiful and wonderful things, but the customer service is the worst I’ve ever encountered. I don’t often write negative reviews (If you haven’t got something nice to say; don’t say it.), particularly for a small independent shop, but time and time again I’ve had a bad experience here, that I feel other people need to be warned!

I’d love to ask an ex-employee what is told to them on their first day. I would imagine it’s something like this: Treat every customer as though they are going to steal from you. If you take their eyes off them for one second, they will steal, so follow them around the shop the whole time. If a customer is browsing the clothes; ask them every 2 minutes if they need any help with anything, just so they know they are being watched, so they are less likely to steal. Don’t let any children in the shop because they might break something. Don’t let any teenagers in the shop because they might steal something.

The atmosphere in Lilith is horrible. Everywhere you look there are signs saying breakages must be paid for and children mustn’t touch anything. Cctv cameras watch you from every angle, and I think I’ve made it clear how the staff make you feel while you’re looking around. I sympathise if shoplifting has been a problem here, but surely there’s a better balance to be had?

My sixteen-year old daughter went to Lilith once, specifically to buy some jewellery, but she was told she had to leave because children aren’t allowed in without their parents. I’ve deliberately left it six months since I had an awful time in there trying to get a refund on a walking stick. I was so angry then – my review would have needed a warning about my language! I’d decided long ago never to buy anything from Lilith, but unfortunately, my daughter’s friend, whilst on holiday here, bought a walking stick. The same day, it was leant against a wall, slid slowly down and landed on carpet. The top of the walking stick broke in two. Not fit for purpose I would say. He had been warned by the shop-keeper that these were for show, not to actually be used as walking sticks; and so it wasn’t, but does lead me to believe they have broken in the past.
So we went back next day for a replacement or refund. We were told that they didn’t have to do either. Apparently most people think they know their consumer rights, but actually they don’t, and actually, they don’t have to offer anything if the item breaks. “If you bought a china plate and took it home and dropped it, you wouldn’t expect a replacement would you?” I pointed out this was not a china plate. A polite argument ensued and eventually she went to phone the owner. After waiting ten minutes, we were told they still wouldn’t refund or replace, but they’d give us the number of the manufacturer. I phoned the manufacturer, who said (as I knew full well they would) that they don’t deal with customers – it’s up to the shop. Luckily for us, the lady we were dealing with in Lilith had to go to her other job up the road in a different shop, and we were left to deal with a far nicer shop assistant. She phoned the manufacturer; I assume agreed to be refunded their wholesale price from them (which is the perfectly normal practice), and was able to give a replacement. The whole thing took about three-quarters of an hour to sort out.

I have to wonder if Lilith remains in business due to Glastonbury tourists with holiday money to spend, who are far enough away if the item happens to break afterwards. I feel sorry for the manufacturers and craftspeople who make things that are sold in this shop. Do they realise how the customers are treated?