Twin Peaks The Return. Televisual genius or a load of sh*te? A review at the half way point.

I was looking forward to this new series of Twin Peaks so much. Maybe too much. Maybe it just brought back happy memories of teenage-hood that I wanted to recapture – or something like that. At the very least I wanted a decent television series that I would enjoy watching. Instead; we got this…..

Utter load of – well you get the idea. I tend to avoid looking at other people’s reviews before writing my own so that I’m not influenced by popular opinions, but Chris tells me that Twin Peaks, The Return is getting good reviews and high ratings. I’m like, what? Really? Are they watching the same thing? I am honestly suspicious that this is one big joke on us. An Emperor’s New Clothes type thing where if we dare say what we really think, then obviously we’re just not cool enough to get it. I think David Lynch is playing out an “artistic” experiment on us to see what the public reaction would be to his playing around with special effects machines.

Chris and I often watch through the original Twin Peaks series, and this is what I loved about it:

1. The sense of community and place. We knew Twin Peaks. We knew how they all knew each other – the kind souls and the bad eggs. The feeling and atmosphere of a small logging town slightly behind with the times.

2. The weird and wonderful characters that we got to know. Their idiosyncrasies and strange habits – their downfalls; their temptations; their loves and lusts and cares and ambitions – even if we didn’t understand them all.

3. The suspense. Who killed Laura Palmer, and why?

4. The lines like, “Don’t drink that! There was a fish in the percolator!”

5. The cinematography – close-ups of squeaking door hinges and scenes of schoolboys doing random dance moves across the corridor to jazz music. Pointless. They didn’t move the plot forward or develop characters, but it was what made Twin Peaks unique.

6. The mystical magic. I feel like I understand a bit more of all that with each re-watch; but at the end of the day, if you accept that you’re never going to understand it, it won’t spoil your enjoyment of the series.

I can honesty say that I don’t think The Return has any of those things (except point six, which it has in spades.) It flicks around from a skyscraper to one town to another town to outer space (I think). Twin Peaks is barely touched upon and there’s no way new watchers who haven’t seen the original will get a feel for the place.

We are very gradually getting to know a few characters, and I do love that we meet the elusive Diane, who we weren’t entirely sure before was actually a real person. However it’s such a mind-fuck trying to work out which is the real Dale Cooper and what’s going on with the other doppelgangers that we can’t really enjoy anything about them.

The best thing is going ‘Oh look it’s….’ whoever from the first series and seeing what they look like now. I suppose there is a vague sense of suspense: Will the next episode be worth watching? Will anything ever get explained? And the only reason I am still watching is that I hope it will all come together in the end, but at the moment I really wonder if it’s worth the effort. Hopefully I can update this review of Twin Peaks The Return with more positive words when all is concluded. 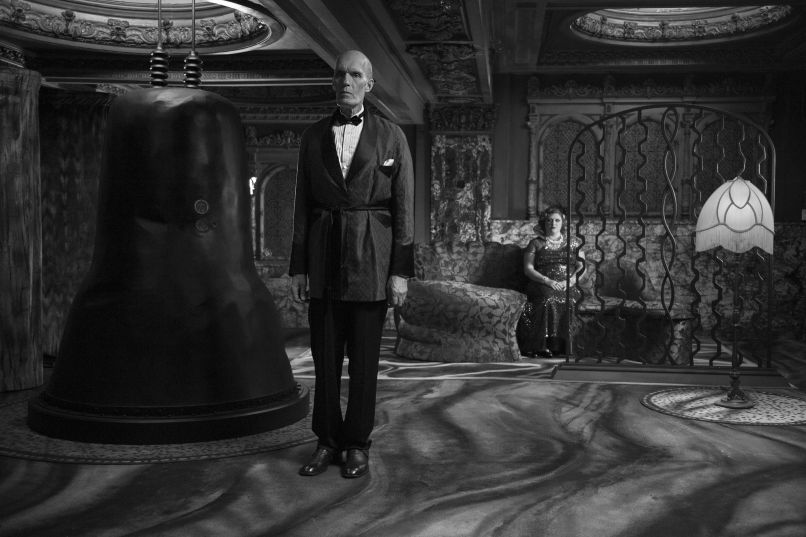 David Lynch has really over-done it with the science fiction type stuff and strange goings on and I suspect he doesn’t know what half of it means himself. I feel like he has a weird dream every now and then and wakes up thinking, ‘I know, I’ll stick that into the Twin Peaks sequel.’ With no rhyme or reason. And the Dale Cooper/Dougie Jones (who I think is the real Dale Cooper) shuffling about saying ‘coffee’ every now and then is really getting on my nerves. So I’m very sorry, and disappointed to say that the only good thing about Twin Peaks The Return is the theme tune, which, thank god, is still the same as before.