Back to Somerset, England and the stories of February’s Instagram photography 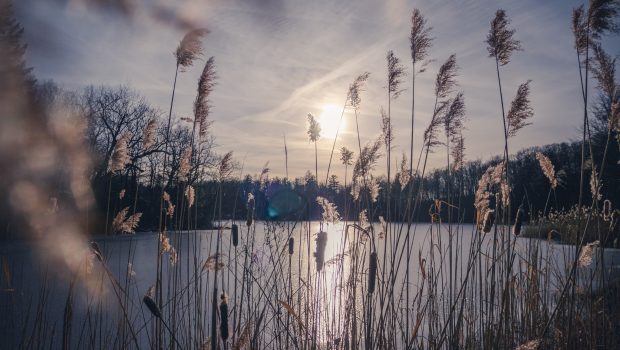 Anyway, I think realistically I was never going to manage to keep up the weekly schedule I started whilst out there of telling the little stories of the photos on my Instagram grid. So instead I’m going to attempt a monthly blog post! Yes, I know, 30 or so photos is a lot to talk about in one go, so I’ll group together photos that I took on the same day, and I might just pick out a few photos to talk about. If there are any I’ve left out that you’re interested to know more about, then please ask in the comments. 🙂

(I’m going to continue where I left off in my last photo story post, so this won’t be the whole of February.)

Staying in our Connecticut Air bnb 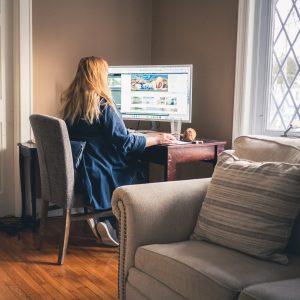 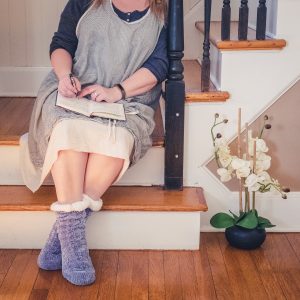 There are three photos I took in the Air bnb we were staying in. I felt I needed a contrast to all the outdoor photography that’s on my feed at the moment, and also I sometimes just felt a bit bored and wanted to take a photo! As I explained in my blog post about wanting to take self-portraits for my Instagram feed, this is the start of experimenting with that. It is nice to put a person to a grid, and also gives me a chance to show what it is I do! So I’ve got a simple timer photo of me sitting at the desk and working on my blog. It’s not the most interesting picture in the world, but it gives you a bit of variety. The one at the bottom of the stairs posing with a notebook is so that my audience starts to get the idea that I am a writer. I’m writing a novel – I have been for a while – and now it’s picking up pace a bit, I want to have some photography to go with captions where I might mention it. I changed outfits and flowers a couple of times, so you’ll see more in the same situation later on.
I set up the self timer for the photo of me blogging because I needed a photo to illustrate a blog post I wrote last week. It was about how to lower your blog’s bounce rate. Well, it turned out that I made a mistake because I had more than one plug-in tracking my visitors, so my statistics looked a lot better than they actually were! So I have taken down that blog post for now – at least until I have tracked my bounce rate for a while with genuine numbers.
The photo of the stack of books is simply because I looked at them all and realised just how many I’d packed for the trip! I thought this was funny, so I took a photo of all of them! The lighting wasn’t great and the photo composition was a bit plain, so I used the prism from my pack of lensbaby filters (listed at the end) to create the illusion of dusty light coming in. 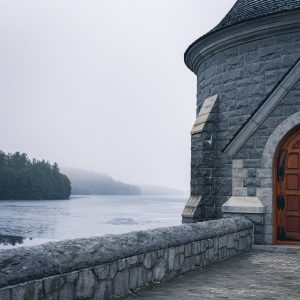 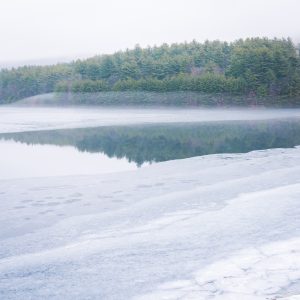 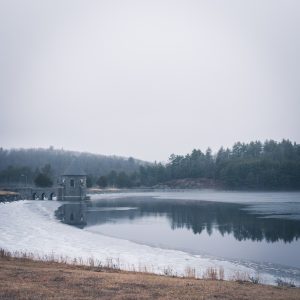 This is a group of photos all taken at Saville Dam in Connecticut. Chris had seen a photo of it pop up on his screen somehow or another, and as we thought it looked interesting, we made it our first photography stop of the day on our third weekend exploring New England. We ate our packed lunch in the carpark facing the lake, and then we realised there was another car park further along so we moved to that one. The timing was perfect as we watched the mist roll in and look magical over the partially frozen water. The uninterrupted forest in the background and the turreted building (apparently based on a Kent chapel) made the place look like it was out of a fairytale.
The different textures of the ice, along with the reflections of the pines in the still water, and with mist swirling about, it didn’t disappoint for photography!

I did a small drone flight here, so that will be coming in the vlog I’m editing at the moment for my YouTube channel 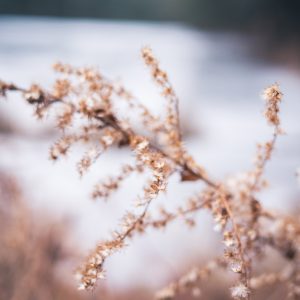 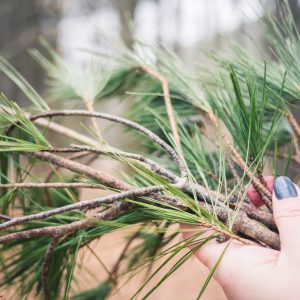 These two photos were taken on the same day. The beautiful dead plant was at Burr pond state park. When we arrived the place was packed with people – we think some sort of ice fishing competition was happening, and also a children’s ice hockey competition. It blows my mind that that many people were all on the ice at the same time! It’s so funny; there’s Chris and me taking baby steps. listening and looking out for any sign of the ice cracking around us, whilst hundreds of other people were clearly not giving it a second thought!
Anyway, when we arrived they were all just finishing, so we went to the other side where there’s a second, larger lake, and took some photos there while we waited for the crowds to disperse. The tiny seedheads of this sleeping plant looked so pretty – tiny little star shapes dusted with snow – so after posing around for a fashion blog shoot, I took this one.

The photo of me holding a bunch of pine twigs was taken nearby. We stopped in a car park by pine woodland and a river, where in warmer months I think people fishing overtake the banks. Again, another outfit change and some fashiony photos, and then I took some time to take a few of my own. Note I actually have nail varnish on! Whilst away and not breaking them almost every day doing the logs and the Rayburn, I actually had chance to have some decent nails worth painting! 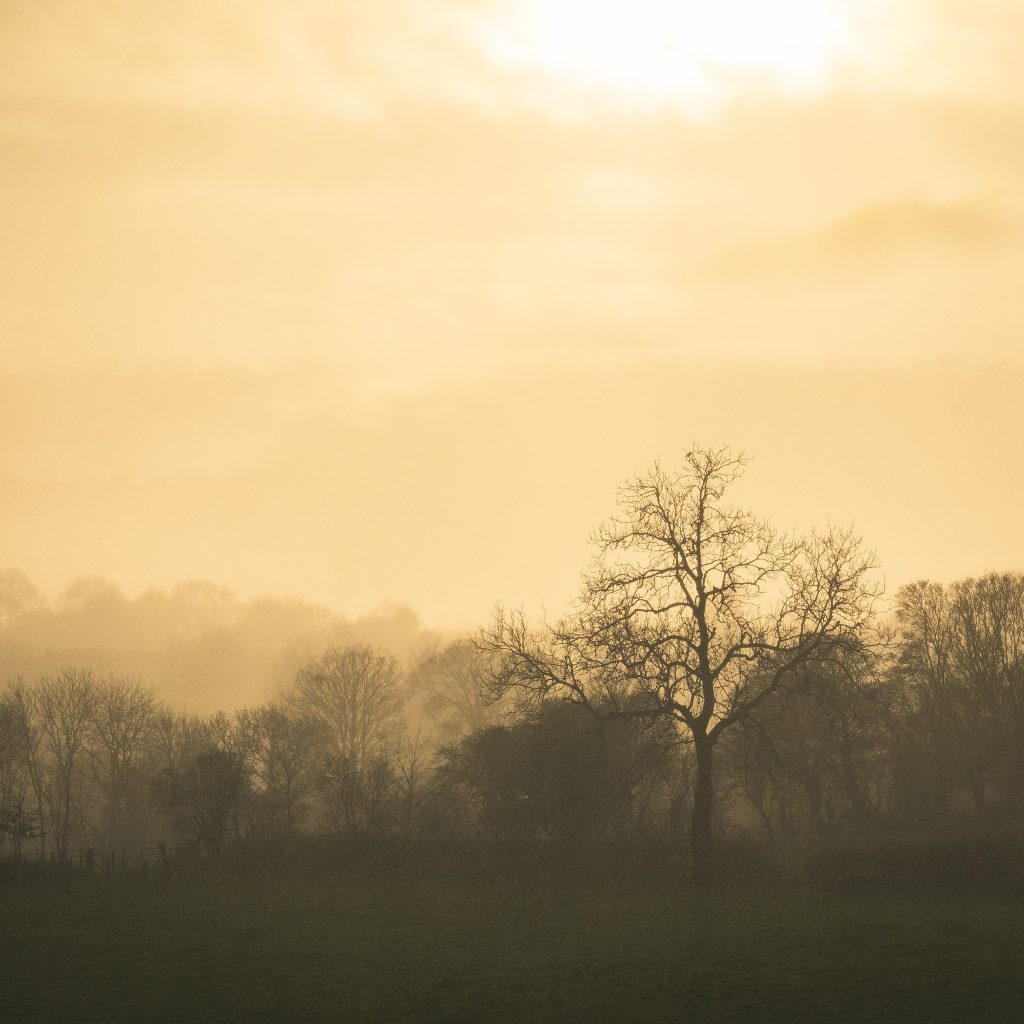 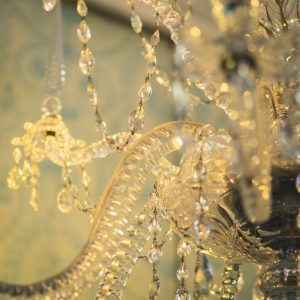 These are two completely unrelated photos apart from the fact that they are similar in colour and tone. I do keep an eye on the balance of my Instagram grid, and as I had used a photo of the sun setting behind grasses earlier in the month, I wanted to add some more of this muted peach hue. So I went back through my photo files and found these two. The one of the beautiful sky was taken right at the beginning of this year when we were still at home, and it was one of those magical moments when the sun popped out between storm clouds and cast this beautiful light over the landscape. I grabbed my camera and ran outside, but still managed to get soaking wet taking this photo!

This beautiful chandelier is at National Trust property, Killerton House in Devon and I took the photo when we explored Devon in the camper van in summer last year.  You don’t need to allow much time to visit the house, but there were pleasant grounds to explore or eat a picnic lunch at. 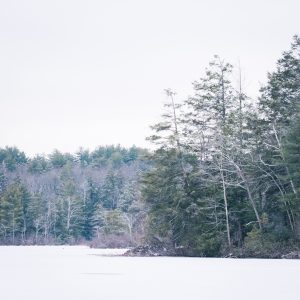 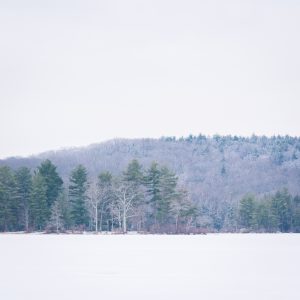 These two are of Burr pond state park when we returned again a week later. This time hardly anyone was there, so we were extra cautious on the ice! I took these about two seconds before it started snowing.

Harriman State Park in the mist 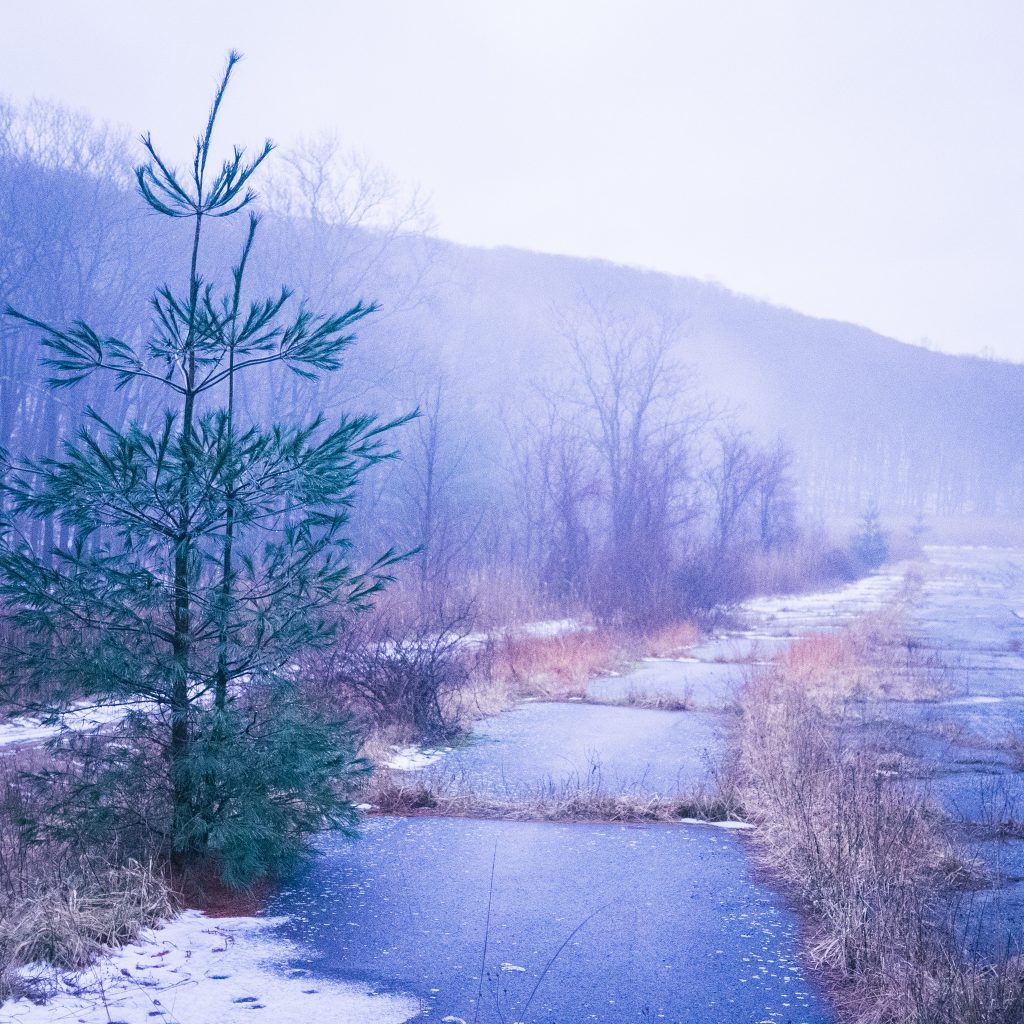 Back to the middle of our six weeks in America, when most of our day exploring was a complete washout. This was Harriman State park, and just as we were making our way out, we spotted a place where I could take a photo of the evening mist rising. There was a chain across the entrance, a giant carpark for no reason I could fathom, and this unkempt footpath that literally led nowhere. 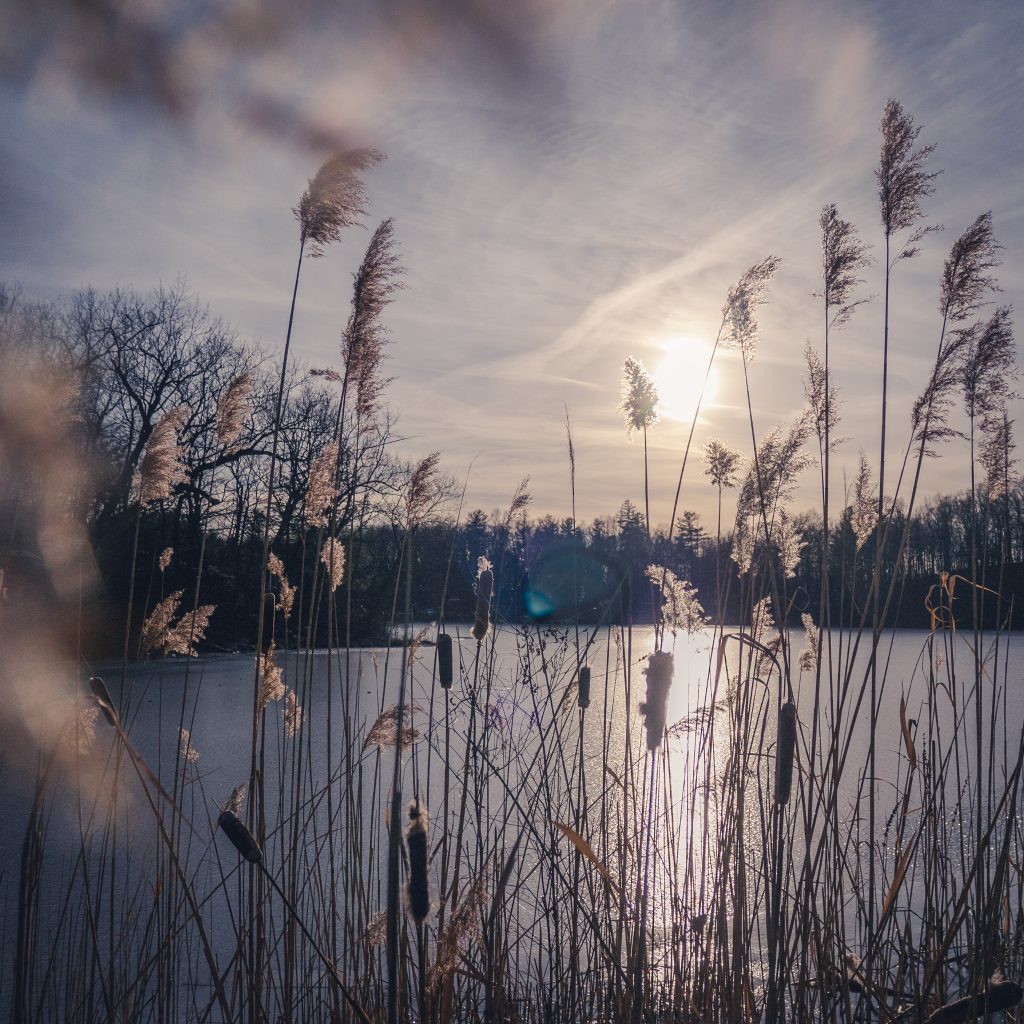 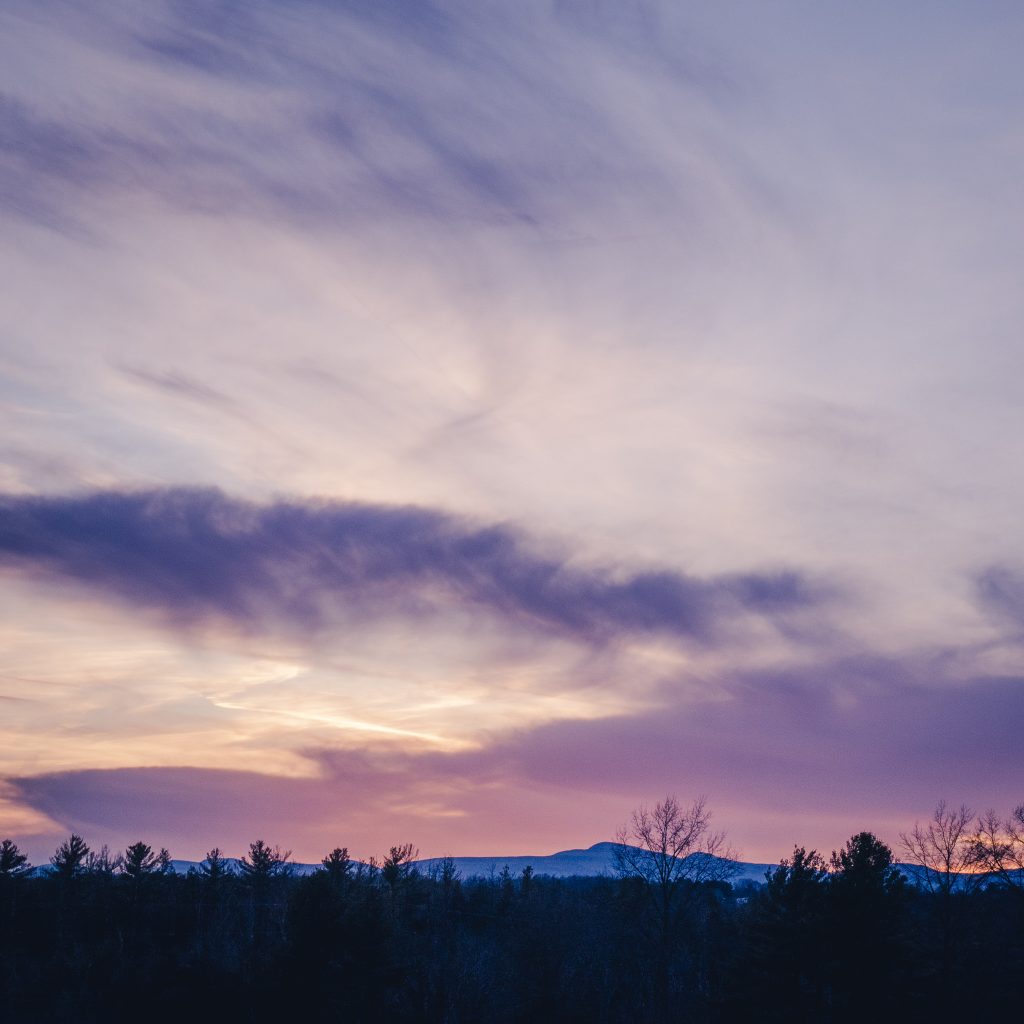 These last two photos were taken during our final weekend exploring and we drove quite far north into New York State. We’d been to Kaaterskil Falls and were heading to the town of Hudson when we took a slight detour to Olana state historic site. We weren’t sure if we were allowed to stop by that pond, but we did anyway as there was no-one around! The sun was reflecting beautifully and all the reeds and bullrushes around the edge were lit up so they glowed. I think my photo really captured the atmosphere there. (I might take some time in photoshop to get rid of that sun-flare completely. If I can’t, perhaps I’ll enhance it and make it part of the picture more!)

So after looking around Hudson, which by the way was the coolest town I’ve EVER visited – everyone there was just cool! as we were driving back to the air bnb, I asked Chris if he could pull over somewhere so I could take a photo of the sun setting behind the Catskill mountains. The sky was quite dramatic. (I’ve cropped out the abandoned factory carpark in the foreground!)

If you’d like to watch the vlogs of out day-trips exploring New England, please head on over to my YouTube channel. 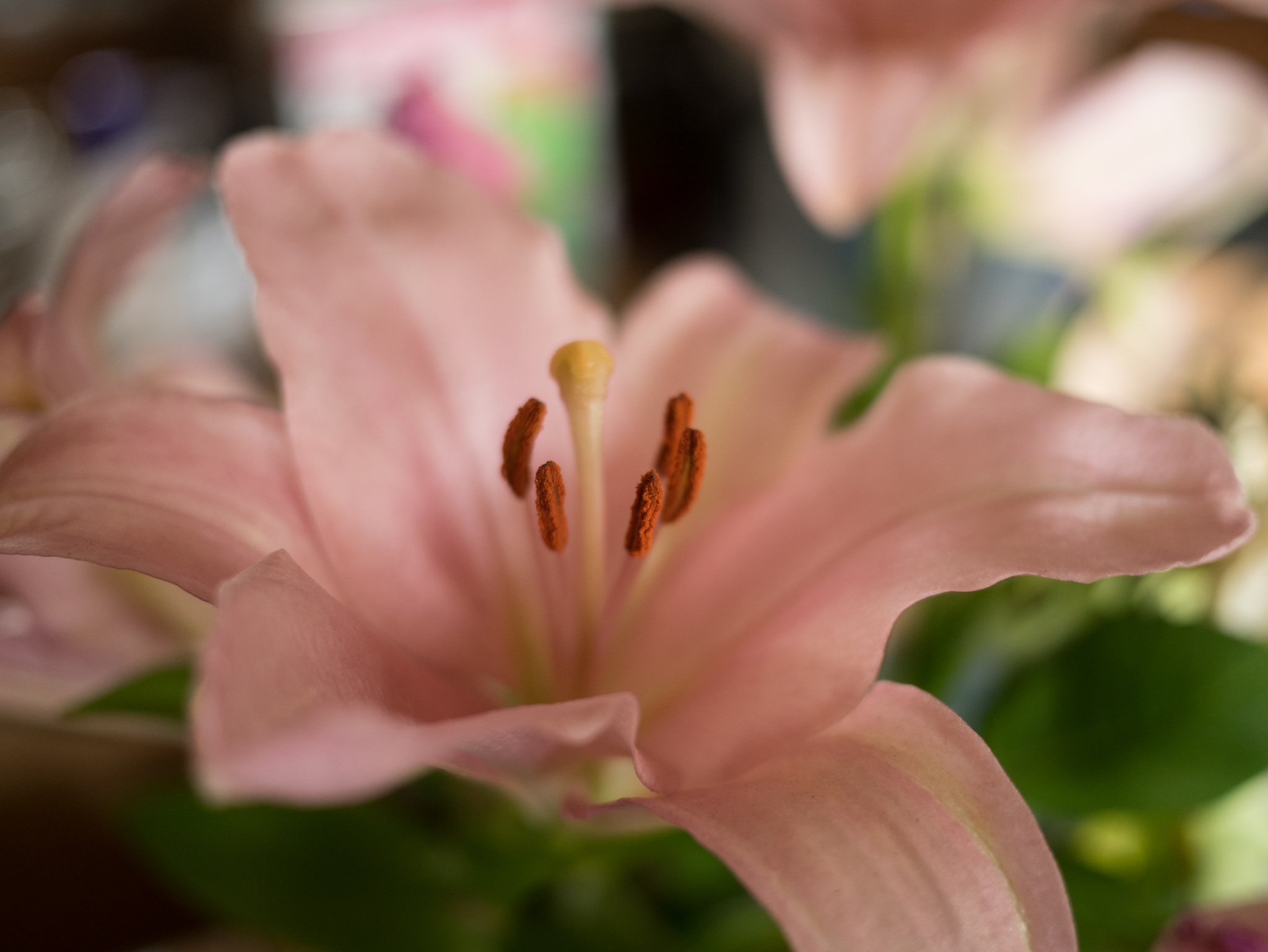 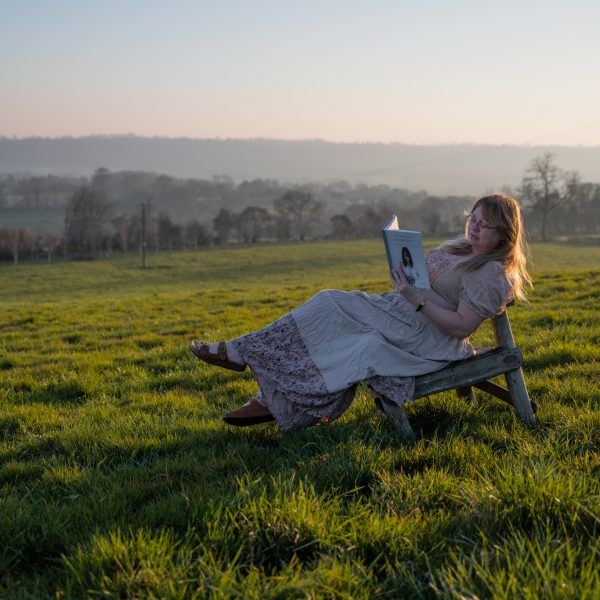 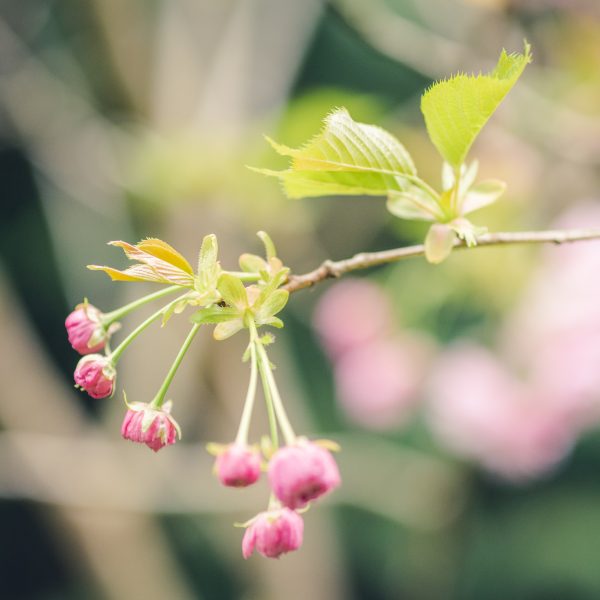 Ostara thoughts and news of Loki
Today is Ostara, the spring equinox, and it’s an understatement to say it took me by surprise. Having spent six weeks in America again for Chris’s work, I feel like I missed winter. Even though the temperature right now is still very wintry, I look outside and I can see daffodils and the blackthorn coming into blossom, and it makes me smile, even though I’m not quite ready for it… 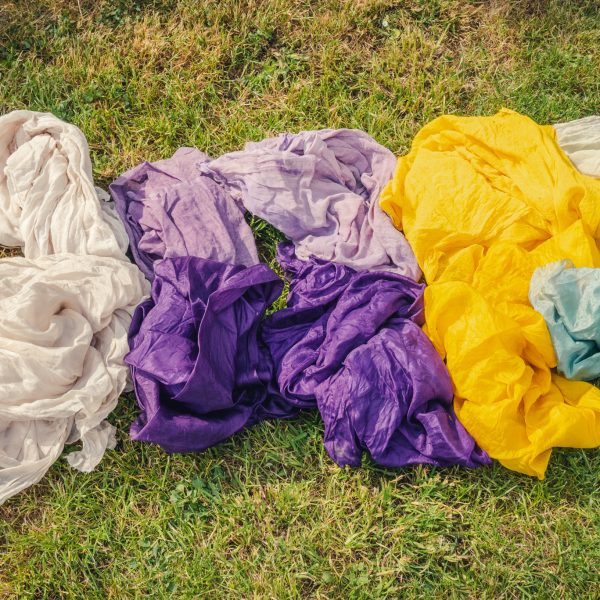 Mixing casual with dressed up

Ostara thoughts and news of Loki

You’ll have to hurry up if you want to catch up with them to find out what it is they know. @ Dunster Castle-National Trust instagram.com/p/CGnIAfcleUB/…