The delights of the Avalon Faery Fayre in Glastonbury 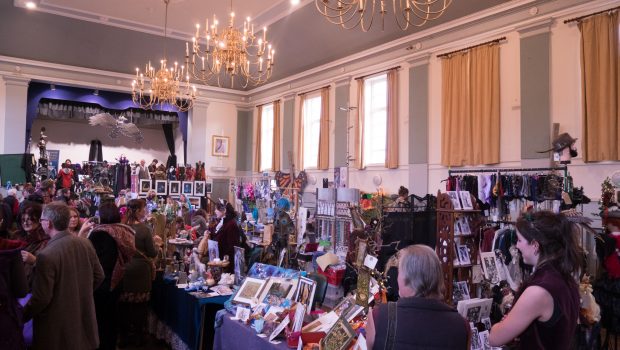 It’s that time of year again! On a  spring and autumn weekend, Glastonbury Town Hall is host to one of the most creative and inspiring shopping experiences I ever go to! The term ‘craft fair’ doesn’t quite do it justice, even though most (if not all) of the items for sale are hand-crafted by the stall owner, they are of exceptional quality and never the sort of thing you can find on your usual High Street….

I say ‘usual’ because after all Glastonbury Town Hall (as you probably guessed) is on Glastonbury High Street; and that particular one can’t really be described as ‘usual’. If you’re not sure what I mean, take a look at Rain’s You Tube videos showing her favourite shops there. 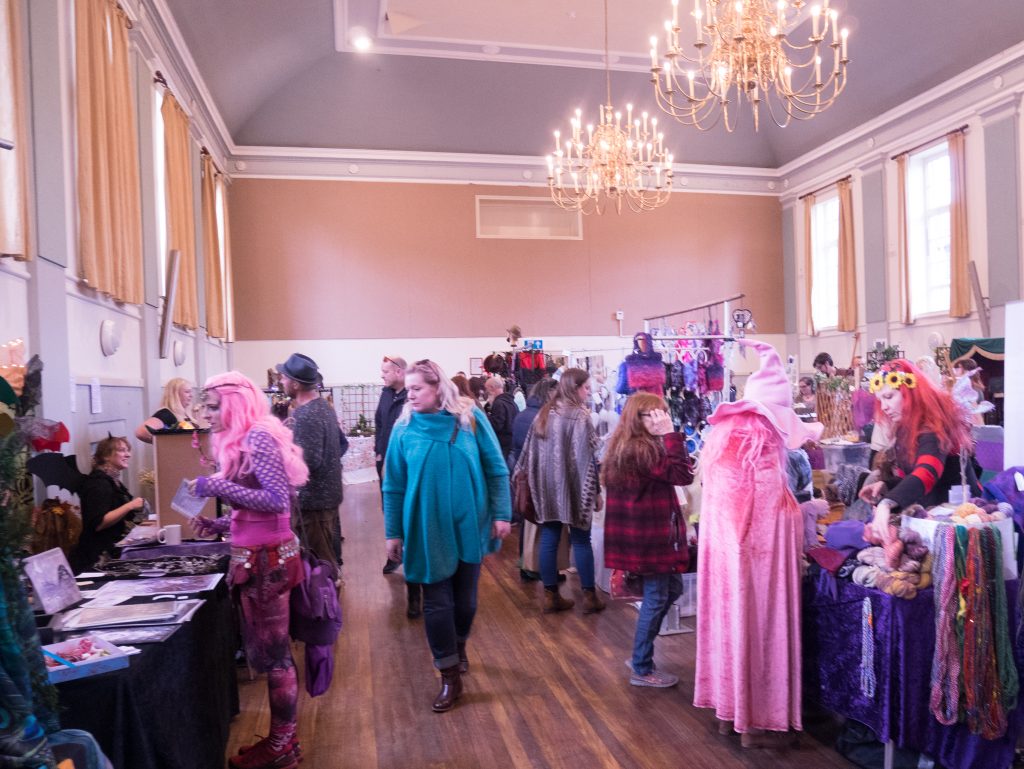 Anyway, I visited the fairy fair this afternoon, but from the buzz going round, it had obviously been a successful weekend for the stallholders and much of the stock was already sold; so perhaps the best time to visit is on the Saturday. However it wasn’t very crowded today, and it can sometimes be stiflingly busy in there, so it at least meant we could have a calmer look around. 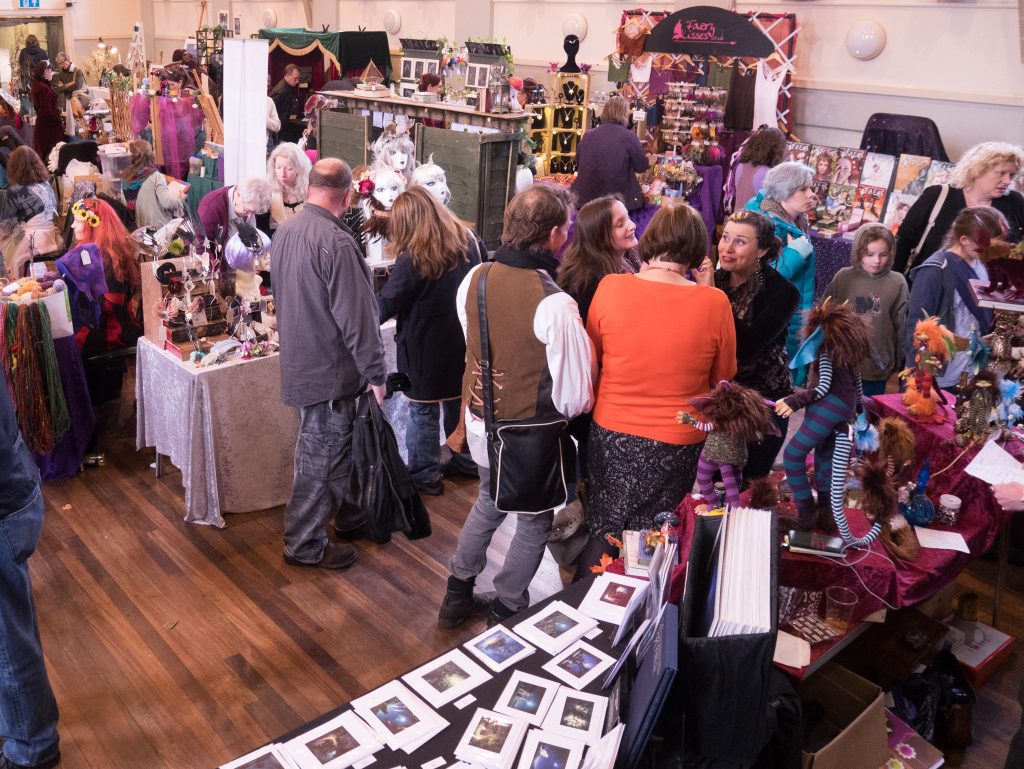 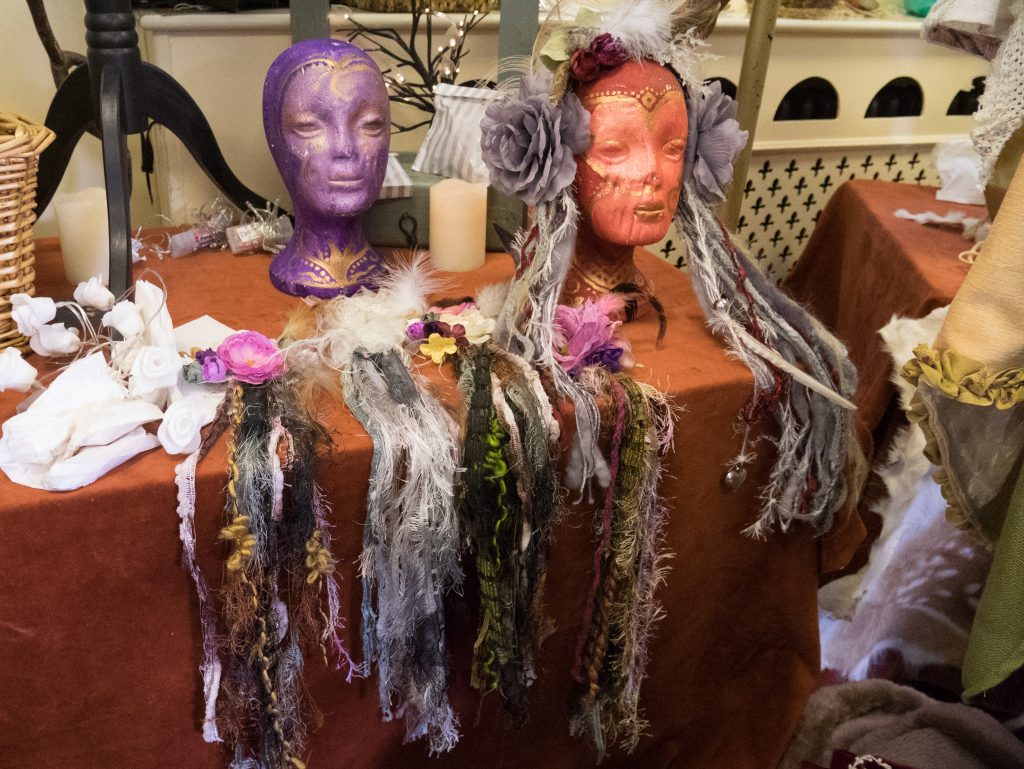 Almost straight away I made a purchase of a fairy headdress with horns from a stall called Driftwood Hollow, which I then wore while I looked around. Rain bought a hand-carved crochet hook from a lovely lady from Denmark, and that is all we came away with this time. There’s a lot of ‘If I were rich I’d definitely buy that.’ Particularly the drop-dead stunning figures by Enchanted Oaks (which one day I am just going to have to have a splurge and treat myself). And there’s a lot of ‘If I had more wall space I’d definitely buy that,’ because there were several artists, and I just don’t have enough walls for their pictures! 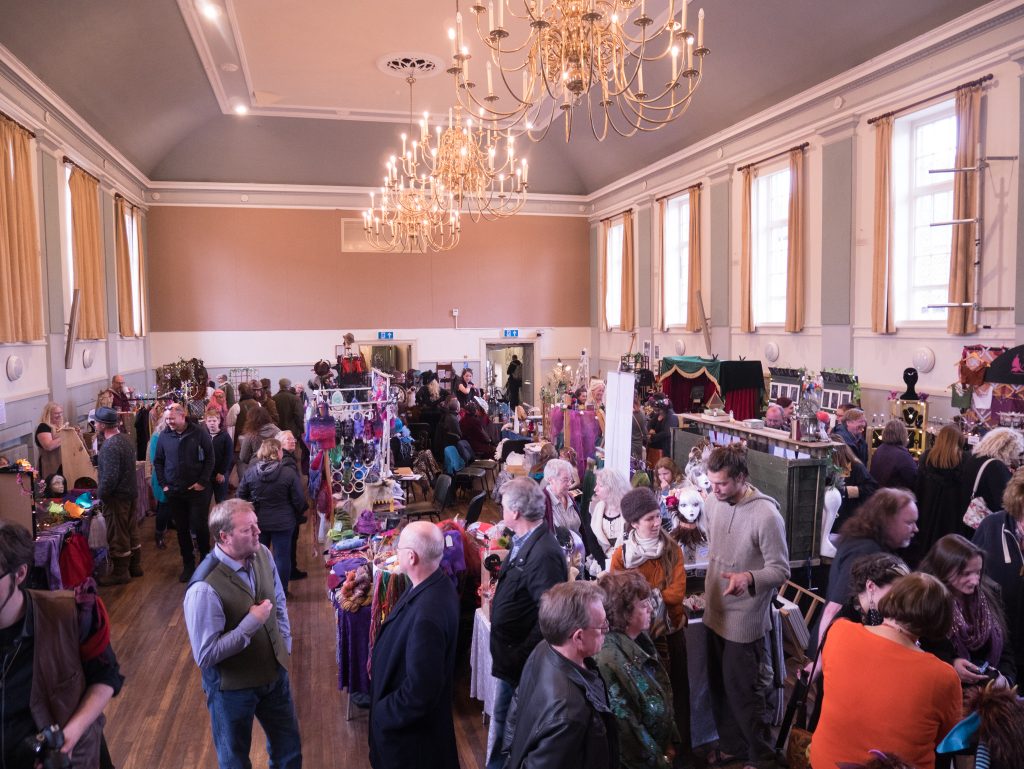 Even when there isn’t a great deal for me to actually shop for, it’s nice just to be there to see the way the stalls have been imaginatively decorated and see the hall looking amazing. Of course there’s also the fun of looking at what people are wearing, because generally speaking it’s quite interesting! The theme for the ball this year (The poor stallholders have to clear away everything on Saturday to make way for a fairy ball) was The Raven King; taken from my favourite book of all time, Jonathan Strange and Mr Norrell. I kind of wish I’d just sat on the steps to see the costumes of everyone going in! 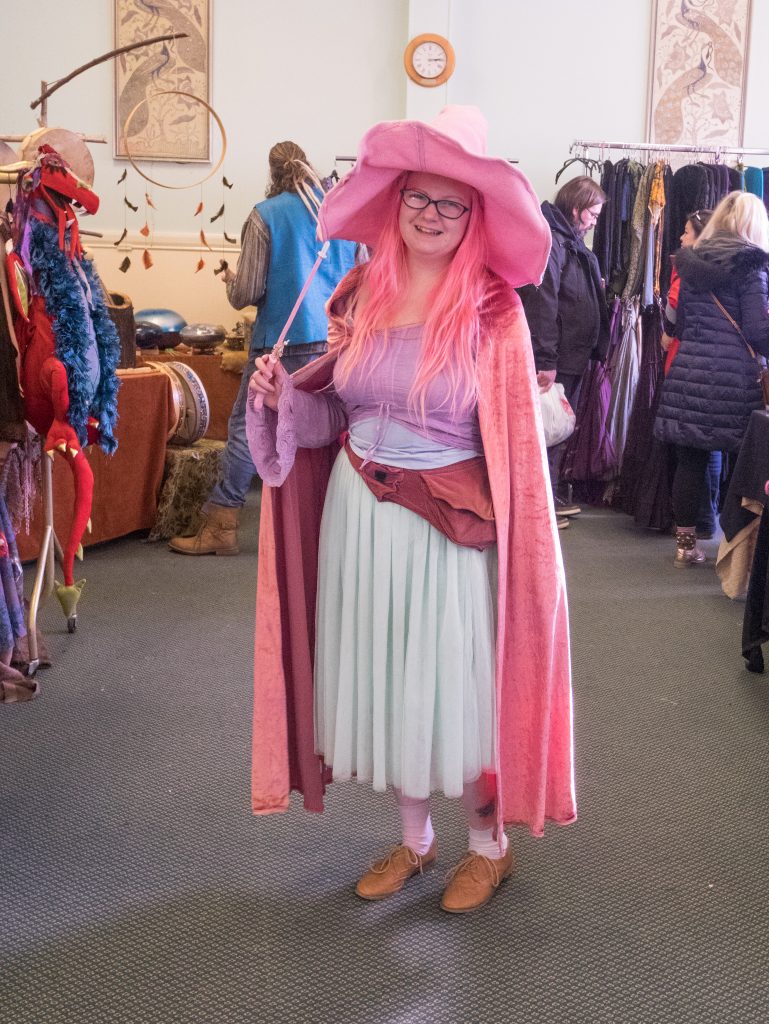 Rain in her hat she made this morning.

I’ve bought many a Christmas present at the autumn Avalon Faery Fayre, so if you’re after unusual gifts and are near enough to Glastonbury, keep an eye on organiser Karen Kay’s website for next year’s dates.

Weekly Wardrobe – Off to a Faery Fayre